Nicolet began acting in the early 1990s, appearing in a recurring role on the ABC sitcom Family Matters . In 1996, she landed the role of Caryn on the NBC sitcom 3rd Rock from the Sun , which lasted until 2001. In 2005, Nicolet starred in the short-lived UPN sitcom Second Time Around . Entertainment Weekly named her the network's "breakout star" in review. [3] After the series was canceled, she co-starred on the TNT medical drama, Heartland . That following year, Nicolet had regular role in the USA Network comedy-drama, The Starter Wife starring Debra Messing, the series also was canceled after one season. Nicolet has also guest starred on episodes of Stargate SG-1 , Angel , The Bernie Mac Show , All of Us , CSI: Crime Scene Investigation , and Warehouse 13 .

Nicolet appeared in various films including a small role as Samuel L. Jackson's character's teenage daughter in Loaded Weapon 1 (1993). She later had roles in Melting Pot (1998), opposite Paul Rodriguez and A Wonderful Night in Split (2004). In 2009, Nicolet starred opposite Cuba Gooding Jr. in the thriller Ticking Clock (2009). In 2011, she co-starred in the Syfy original film, Red Faction: Origins , based on the video game. She also voiced Shaundi in Saints Row: The Third and continued to voice her in Saints Row IV and Saints Row: Gat out of Hell . In 2013, she starred in the short-lived ABC comedy series, Family Tools . She later had the recurring role on the BET comedy series, The Game , and guest starred on Elementary .

In 2015, Nicolet guest starred in the first season of The CW's The Flash as Cecile Horton before being cast as the lead in TV One's first original comedy-drama series, Born Again Virgin . [4] [5] She also played the female lead, opposite Kevin Hart and Dwayne Johnson, in the action comedy film Central Intelligence , directed by Rawson Marshall Thurber. [6] [7] After Born Again Virgin ended its run, Nicolet returned to The Flash in a recurring role for the show's third and fourth seasons before being promoted to a series regular for the fifth season. [8]

Golden Brooks is an American actress. She began her career with starring role in the Showtime comedy series, Linc's (1998–2000), and later appeared in the films Timecode (2000) and Impostor (2001).

Lorraine Toussaint is a Trinidadian-American actress. She is the recipient of various accolades, including a Black Reel Award, a Critics' Choice Television Award and a Screen Actors Guild Award. 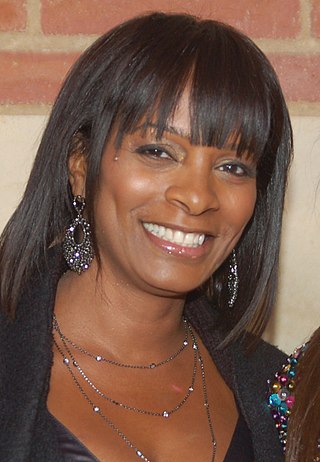 Vanessa Bell Calloway is an American actress. Beginning her career as a dancer, Bell Calloway became known for her film roles as Princess Imani Izzi in the 1988 comedy Coming to America, as well as for her roles in What's Love Got to Do with It (1993), The Inkwell (1994), Crimson Tide (1995), and Daylight (1996). Bell Calloway had several starring roles on television series and movies, include first African American prime time soap opera, Under One Roof (1995). She later played recurring roles on Hawthorne and Shameless. In 2016, she appeared in comedy-drama film Southside with You, and began starring as Lady Ella Johnson in the Bounce TV prime time soap opera, Saints & Sinners. Bell Calloway is a nine-time NAACP Image Award nominee. 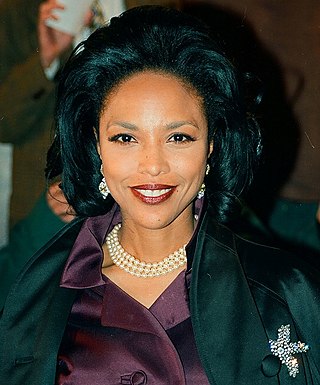 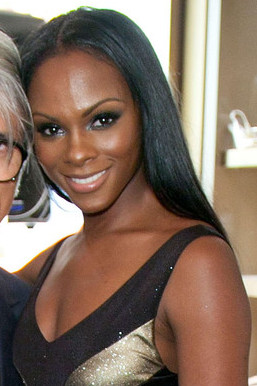 Euphemia LatiQueSumpter, better known as Tika Sumpter, is an American actress, singer, producer, television host, and model. Sumpter began her career as the host of Best Friend's Date. From 2005 to 2010, she appeared in the daytime soap opera, One Life to Live. In 2010, she made her film debut in Stomp the Yard: Homecoming. 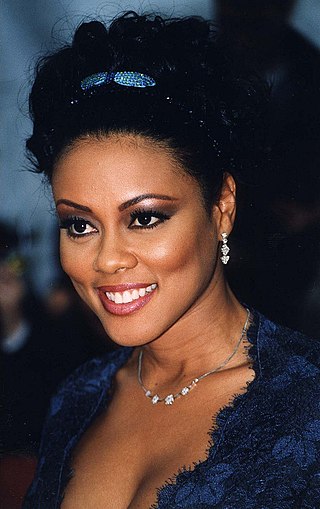 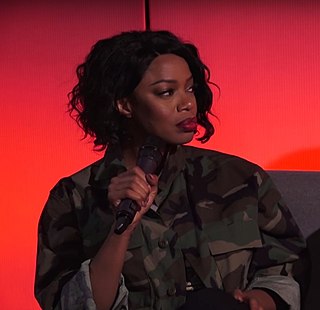 Jill Marie Jones is an American actress and former professional dancer and cheerleader. Jones is best known for her role as Antoinette "Toni" Childs-Garrett on the UPN comedy series, Girlfriends (2000–2006). Jones has appeared in a number of films, and had the recurring role as Cynthia Irving on the Fox supernatural series, Sleepy Hollow. From 2015 to 2016, she starred as Amanda Fisher in the Starz horror-comedy series, Ash vs Evil Dead. 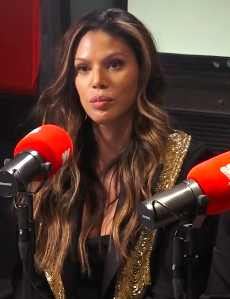 Merle Dandridge is an American actress and singer. She is best known for performing in Broadway musicals such as Jesus Christ Superstar, Spamalot, Rent, and Once on This Island, as well as her video game roles as Alyx Vance in Half-Life 2 and Marlene in The Last of Us and The Last of Us Part II. She played the leading role of Grace Greenleaf in the Oprah Winfrey Network drama series, Greenleaf (2016-2020). She also has had the recurring roles on television series such as Sons of Anarchy and The Night Shift and starred as Kim Hammond in the first season of HBO Max comedy-drama series, The Flight Attendant in 2020. In 2022, Dandridge began starring as Natasha Seo-Yeon Ross in the ABC action series Station 19. She reprised her role as Marlene in the 2023 television adaptation of The Last of Us. 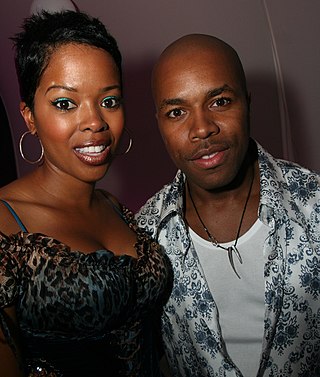 Malinda Williams is an American actress and producer. She began her career on television, before appearing in films A Thin Line Between Love and Hate (1996), High School High (1996), and The Wood (1999).

Cynthia Kaye McWilliams is an American actress, known for her performances on the television series Real Husbands of Hollywood, Prison Break, and Nashville.

Yaani King Mondschein is an American actress, best known for portraying Neely Lloyd in the crime drama series Saving Grace (2007–2010) and providing the voice and motion capture for Riley Abel in the action-adventure video game The Last of Us: Left Behind (2014). 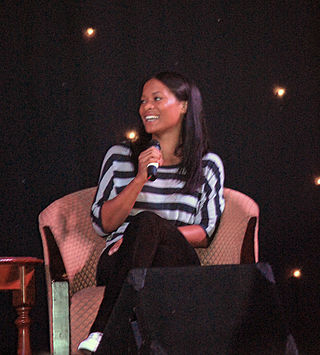 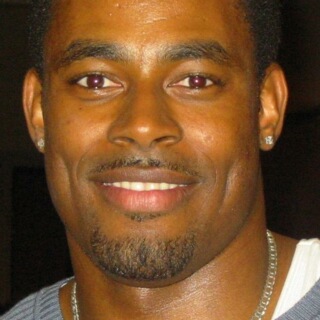 Lamman Rucker is an American actor. Rucker began his career on the daytime soap operas As the World Turns and All My Children, before roles in The Temptations, Tyler Perry's films Why Did I Get Married?, Why Did I Get Married Too?, and Meet the Browns, and its television adaptation. In 2016, he began starring as Jacob Greenleaf in the Oprah Winfrey Network drama series, Greenleaf. Rucker is married to Kelly Davis Rucker, a graduate of Hampton University. As of 2022, he stars in BET+ drama The Black Hamptons. 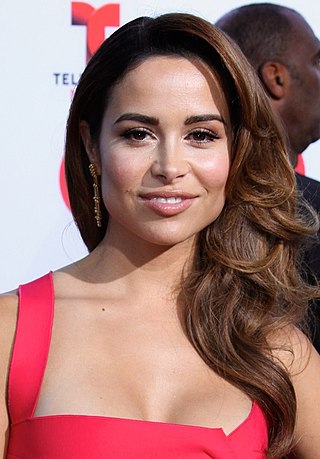 Zulay Henao is a Colombian-American film and television actress. She has co-starred in a number of films such as Illegal Tender (2007), Fighting (2009), Takers (2010), Boy Wonder (2011), Hostel: Part III, The Single Moms Club (2014), True Memoirs of an International Assassin (2016). In 2014 she began starring as one of the lead characters in the Oprah Winfrey Network series, If Loving You Is Wrong. 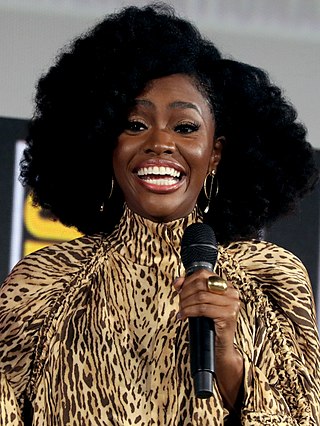 Teyonah Parris is an American actress. Her first prominent career role was playing secretary Dawn Chambers in the AMC drama series Mad Men (2012–2015) and starring in the 2014 independent film Dear White People. Since that, Parris starred in Spike Lee's film Chi-Raq, in US soap opera Empire and in Academy-nominated film If Beale Street Could Talk. In 2021, Parris portrayed an adult Monica Rambeau in the Marvel Cinematic Universe Disney+ series WandaVision. She will reprise the role in The Marvels, scheduled to be released in 2023.

Born Again Virgin is an American comedy-drama series, created by Ranada Shepard, that premiered on TV One on August 5, 2015. The pilot episode preview aired on February 6, 2015. The single-camera project set in Atlanta, and stars Danielle Nicolet as a 30-something writer who decides to become celibate after unsuccessful dates and relationships. Meagan Holder and Eva Marcille co-star as her best friends, while R&B singer Durrell "Tank" Babbs plays her neighbor and love interest.

Mame-Anna Diop is a Senegalese-American actress and model. Since 2018, she has portrayed Kory Anders on the DC Universe / HBO Max series Titans. Diop was also a series regular on The CW supernatural mystery The Messengers (2015) and the Fox thriller 24: Legacy (2017). In film, she appeared in Us (2019) and headlined Nanny (2022). 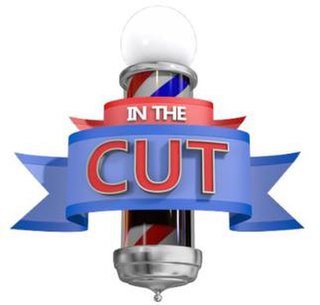 In the Cut is an American television sitcom created by Bentley Kyle Evans that aired on Bounce TV from August 25, 2015, to November 18, 2020. The series stars Dorien Wilson as Jay Weaver, a barbershop owner who meets a young man named Kenny the unknown biological son from a fling thirty years ago. The first season has six episodes. John Marshall Jones, Kellita Smith, Dorion Renaud and Laura Hayes are also series regulars, while Vanessa Bell Calloway and Golden Brooks had recurring roles.