The Colorado Rockies are an American professional baseball team based in Denver, Colorado. The Rockies compete in Major League Baseball (MLB) as a member club of the National League (NL) West division. The team plays its home baseball games at Coors Field, which is located in the Lower Downtown area of Denver. It is owned by the Monfort brothers and managed by Bud Black. 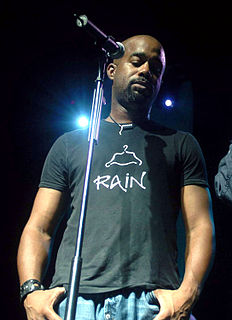 Darius Carlos Rucker is an American singer and songwriter. He first gained fame as the lead vocalist and rhythm guitarist of rock band Hootie & the Blowfish, which he founded in 1986 at the University of South Carolina along with Mark Bryan, Jim "Soni" Sonefeld, and Dean Felber. The band released five studio albums with him as a member and charted six top 40 hits on the Billboard Hot 100. Rucker co-wrote most of the songs with the other members.

Darius Martin Clarke Vassell is an English retired footballer who played as a forward for Aston Villa, Manchester City, Ankaragücü and Leicester City. 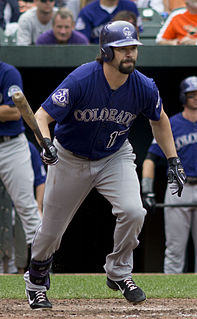 William P. Clements High School, more commonly known as Clements High School, is a public high school in First Colony and in Sugar Land within the U.S. state of Texas that is named after former Texas governor Bill Clements, and is a part of the Fort Bend Independent School District. The school serves most of First Colony, and a portion of Telfair. It previously served sections of Riverstone.

Helton da Silva Arruda, known simply as Helton, is a Brazilian former footballer who played as a goalkeeper, and a manager.

Nuno Herlander Simões Espírito Santo, known simply as Nuno as a player, is a Portuguese former footballer who played as a goalkeeper, and head coach of Premier League club Wolverhampton Wanderers.

Michael "Mike" Helton is the vice chairman of the National Association for Stock Car Auto Racing (NASCAR). He replaced Bill France, Jr. in November 2000 as the company's 3rd president. He was named Chief Operating Officer of NASCAR in February 1999.

Charles Kimberlin Helton is an American college and professional football coach. He is currently an offensive analyst at Western Kentucky. Helton was formerly the head football coach of the University of Houston from 1993 to 1999. 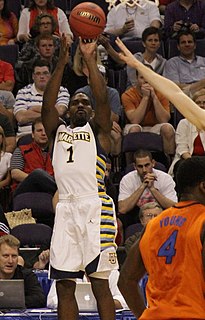 Darius Earvin Johnson-Odom is an American professional basketball player for Pallacanestro Reggiana of Lega Basket Serie A (LBA). In 2009, he transferred to Marquette University from Hutchinson Community College. As a senior, Johnson-Odom was named first-team All-Big East.

Darius (1951-1968) was a British Thoroughbred racehorse and sire, best known for winning the Classic 2000 Guineas in 1954. In a racing career which lasted from the spring of 1953 until November 1955 he ran twenty-one times, won nine races and was placed on ten occasions. He was one of the best British two-year-olds of his generation, winning four races including the July Stakes and the Champagne Stakes. In the following year he won the 2000 Guineas and the St. James's Palace Stakes, finished second in the Eclipse Stakes and third in both The Derby and the King George VI and Queen Elizabeth Stakes. He won three more races as a four-year-old including the Eclipse Stakes. After a disappointing run in the Washington, D.C. International Stakes he was retired to stud where he had considerable success as a sire of winners.

Darius Demetrius Slay Jr. is an American football cornerback for the Philadelphia Eagles of the National Football League (NFL). He was drafted by the Detroit Lions in the second round of the 2013 NFL Draft and played college football at Mississippi State University.

Charles Clay Helton is an American football coach and former player. He is currently the head coach at the University of Southern California. Helton has also been an assistant coach for the Duke Blue Devils, Houston Cougars and Memphis Tigers. His father, Kim Helton, was a coach in college, the National Football League, and the Canadian Football League. 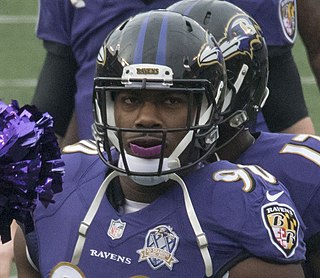 Za'Darius Smith is an American football outside linebacker for the Green Bay Packers of the National Football League (NFL). He played college football at Kentucky, and was selected by the Baltimore Ravens in the fourth round of the 2015 NFL Draft. 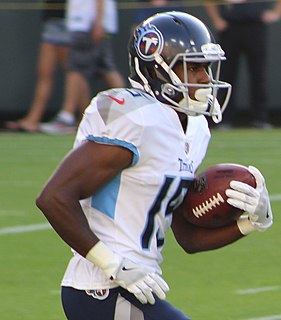 Darius Lamar Jennings is an American football wide receiver and return specialist for the Los Angeles Chargers. He was signed by the Cleveland Browns as an undrafted free agent in 2015 and played college football at Virginia. He has also played for the Chicago Bears, New York Jets and Tennessee Titans.

ArDarius Stewart is an American football wide receiver for the Winnipeg Blue Bombers of the CFL. He played college football at Alabama, and was drafted by the New York Jets in the third round of the 2017 NFL Draft.

Darius Leonard is an American football linebacker for the Indianapolis Colts of the National Football League (NFL). He played college football for the South Carolina State Bulldogs and was drafted in the second round of the 2018 NFL Draft by the Colts. In his rookie season, Leonard led the league in tackles and was named a First-Team All-Pro and Defensive Rookie of the Year; he was also voted into the NFL Top 100 the following offseason. 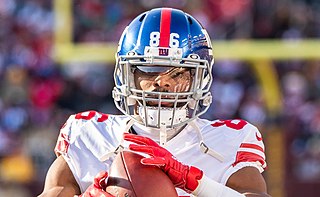 Darius Slayton is an American football wide receiver for the New York Giants of the National Football League (NFL). He played college football at Auburn and was drafted by the Giants in the fifth round of the 2019 NFL Draft. 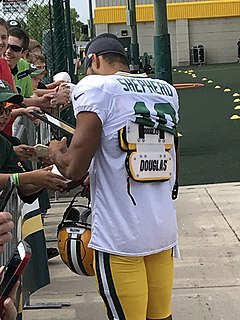 Darrius Shepherd is an American football wide receiver for the Green Bay Packers of the National Football League (NFL). He played college football at North Dakota State and was signed by the Packers as an undrafted free agent in 2019.