Dariush was born in Tehran, on February 4, 1951. His musical talent was first recognized at age nine when he appeared on stage at his school. Hassan Khayatbashi introduced him to the public at age 20 through Iranian national television. He gained popularity for his song "Don't Tell Me You Love Me". (Persian: به من نگو دوست دارم be man nagu duset dāram) [3]

His work consists of over 208 songs in over 27 albums. He has also performed in two Iranian movies.

Dariush's song Dastaye To (Your Hands) was named as the most enduring song in Iranian music history by Manoto TV.

Dariush is a member of Amnesty International. He has been a drug abuser [4] and he is heavily involved in bringing awareness and support to the world of addiction. [4]

Dariush Shayegan was one the most consequential thinkers of contemporary Iran and the Near East.

Old Azeri, also referred to as Azeri or Azari, is the extinct Iranian language that was once spoken in Azerbaijan before the Turkification of the Azeris. Some linguists believe the southern Tati varieties of Iranian Azerbaijan around Takestan such as the Harzandi and Karingani dialects to be remnants of Azeri. In addition, Old Azeri is known to have strong affinities with Talysh. 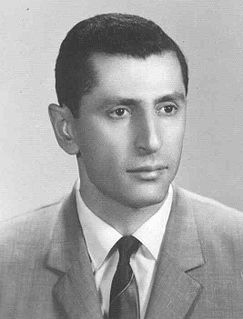 Dariush (Daryush) Safvat was an internationally renowned and well-respected Persian music master and ethnomusicologist. Dr. Safvat was the founder and a former director of the Center for Preservation and Propagation of Iranian Music. Some credit Dr. Safvat with saving traditional music from obliteration in the 1970s. The Center counts among its graduates some of the most prolific and admired masters of classical Persian music, including Mohammad Reza Lotfi, Hossein Alizadeh, Hossein Omoumi, Parisa, the late Nasser Farhangfar, Dariush Talai, Majid Kiani and Mahmoud Farahmand. 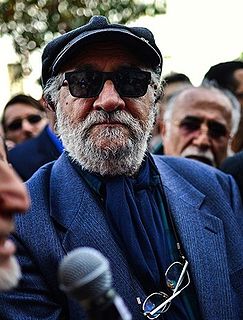 Dariush Arjmand is an Iranian actor. 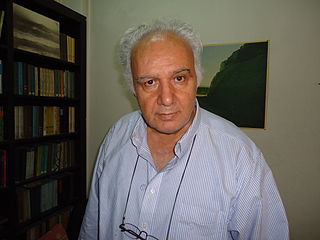 Nasser Pourpirar, was a famous Iranian writer and historical revisionist. He was known for his controversial theories questioning the academically recognized historiography of Iran from Achaemenids to the beginning of the Safavid period. 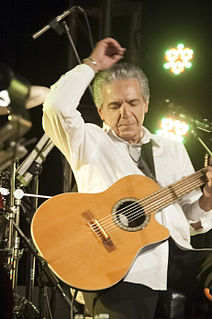 Spokesperson of the Government of Iran is responsible for gathering and disseminating information regarding the Cabinet to the media. The position was last held by Mohammad Bagher Nobakht. and was vacant for 10 months, until appointment of Ali Rabiei on May 2019.

Dariush Shojaeian is an Iranian professional footballer who currently plays as a midfielder for Persian Gulf Pro League club Esteghlal.

Order of Culture and Art is an Iranian state general order established by "Council of Iran Ministers" on November 21, 1990 and modified on June 27, 2007. The order has three classes and awarded by President of Iran. According to Article 17 of the Regulations on the Awarding of Government Orders of Iran, the Order of Culture and Art is awarded to those who "facilitate theirs thinking, passions and emotions to express deep Islamic and humanitarian concepts and to spread culture" in one of the following ways:

Hassan Rouhani, the incumbent President of Iran, launched his reelection campaign for the Presidential office in February 2017. The election itself and related events received international media attention with many issues being raised. Rouhani achieved a decisive victory after the May 2017 vote, with Interior Minister Abdolreza Rahmani Fazli announcing that out of 41.3 million total votes cast Rouhani got 23.6 million. Ebrahim Raisi, Rouhani's closest rival, had picked up 15.8 million votes in contrast.

Dariush Borbor, is an Iranian-French architect, urban planner, designer, sculptor, painter, researcher, and writer. In 1963, Borbor established his own firm under the name of Borbor Consulting Architects, Engineers, City Planners. In 1976, he set up Sphere Iran, a consortium of four specialist consulting firms, and proposed a comprehensive National Environmental Master plan for Iran. In 1992, he created the Research Institute and Library of Iranian Studies (RILIS) where he is the director.

Kaveh Afagh is an Iranian singer, songwriter, arranger, guitarist as well as an actor and painter.

Farzad Fattahi is an Iranian singer, songwriter, composer, poet and radio presenter. Throughout his career, he collaborated with many musicians. He began his activity with Radio Tehran at age 16 with the title of "Tehran at the Night " by Hamid Ameli.

Dariush Salehpour, né Mohsen Salehpour, is an Iranian composer, pianist, keyboardist, guitarist, and arranger. He is the creator and leader of the electronic jazz band “Zarbofoot”.

Zarbofoot, is an Iranian musical band who has been active since 2017.