Hirst was born in Meltham,the son of Thomas William Hirst,and Margaret Joy,née Cozens-Hardy. His father was a cotton mill owner. His mother was a member of the Cozens-Hardy from Norfolk;his maternal grandfather founded a firm of solicitors in Norwich,while his great-uncle was the politician and judge Herbert Cozens-Hardy,1st Baron Cozens-Hardy,who served as Master of the Rolls from 1907 to 1918.

He was educated at Packwood Haugh School and Eton College,where he was a King's Scholar. He was called up for war service in 1943 and joined the Royal Artillery,but because of training accident he never saw action. he was commissioned into the Intelligence Corps in 1945,and was posted to Singapore and then Burma before being demobilised in 1947 with the rank of captain. [2] He then read history and law at Trinity College,Cambridge,before being called to the bar by Inner Temple in 1951.

Career at the bar

Hirst did his pupillage in the chambers of Eric Sachs QC at 4 Paper Building,before beginning a general common law practice on the South-Eastern circuit. In 1953,he was second junior to Neville Faulks QC,who was prosecuting the "pottery conspiracy" case at the Old Bailey,the longest trial in the court's history until then. Faulks was impressed by his performance,and invited him to join his chambers at 1 Brick Court,a fashionable set specialising in defamation;Hirst became head of chambers in 1965. [1] Other tenants of his chambers included Colin Duncan,Brian Neill,and Leon Brittan,his only pupil. [2]

In the 1960s,Hirst appeared in many high-profile libel trials. In 1961,he apologised to suspected serial killer Dr John Bodkin Adams on behalf of the Daily Mail ,which had published a report stating he had been identified as the poisoner of many of his patients. In 1964,led by Lord Gardiner QC,he acted for the author Leon Uris in Dering v Uris . Dr Wladislaw Dering,a Polish-born GP,sued Uris because a footnote in his novel Exodus ,in which he alleged Dering had performed thousands of human experiments on prisoners at Auschwitz. Dering admitted to have carried out some of the operations,but pleaded that he had acted under duress. The jury found for the plaintiff,but awarded him one halfpenny (the smallest coin in circulation) in damages. Hirst had advised the defendants to pay £2 into court;since Dering had received less in damages,he became liable for the defendants' legal costs. [2]

Hirst became a Queen's Counsel in 1965. [3] The following year,he won £5,000 in damages for Lord Russell of Liverpool against Private Eye ,which called him "Lord Liver of Cesspool" and suggested he wrote a book about German war crimes to stimulate prurient interests. In 1967,he won an apology and "substantial damages" for the writer R.J. Minney against the historian M. R. D. Foot. Minney had written a biography of World War II heroine Violette Szabo,which detailed torture at the hands of the Gestapo,which Foot alleged were the products of author's "prurient imagination".

His most famous case as a QC was in 1970,when he represented retired Royal Navy captain Jack Broome against the controversial writer David Irving and Cassel Ltd in Broome v Cassell . Cassell had published a book by Irving blaming Broome for the destruction of World War II Arctic convoy PQ 17. The jury awarded Broome £40,000 in damages,the largest libel award made in England until Jeffrey Archer's libel suit against the Daily Star in 1987. The defendants appealed,but the House of Lords upheld the damages.

In the 1970s Hirst shifted to commercial work. He represented Paul McCartney in his 1971 lawsuit to dissolve the Beatles' legal partnership. He subsequently acted for all the Beatles in their lawsuit against their manager Allen Klein. He also acted for the Bee Gees. [1]

In 1974,he was elected a bencher of the Inner Temple,and served as reader in 1994 and treasurer in 1995. He served as chairman of the Bar Council between 1978–79. He was a strong defender of barristers' exclusive right of audience in front of the higher courts.

Hirst refused a High Court judgeship after his term as chairman of the Bar Council,before changing his mind. He was appointed a Justice of the High Court in 1982,and received the customary knighthood the same year. He was assigned to the Queen's Bench Division and later sat in the Commercial Court.

In 1992,he was appointed a Lord Justice of Appeal and sworn of the Privy Council. In 1995,he was one of the judges who heard Emma Humphreys' appeal against her conviction for murder,substituting a verdict of manslaughter. He retired in 1999 and was succeeded by Mr Justice Mance. [4] From 2000 to 2010 he chaired the Spoliation Advisory Panel,which advises the British government on claims for cultural property looted during the Nazi era.

Hirst met his wife,Pamela Elizabeth Molesworth Bevan,of Longstowe Hall,while at Cambridge. They married in 1951 and had three sons and two daughters. His son Jonathan Hirst QC (1953–2017) was,like father,chairman of the Bar Council.

McDonald's Corporation v Steel &Morris [1997] EWHC QB 366,known as "the McLibel case",was an English lawsuit for libel filed by McDonald's Corporation against environmental activists Helen Steel and David Morris over a factsheet critical of the company. Each of two hearings in English courts found some of the leaflet's contested claims to be libellous and others to be true.

Whitehouse v Lemon is a 1977 court case involving the blasphemy law in the United Kingdom.

George Alfred Carman,QC was a leading English barrister during the 1980s and 1990s. In 1979,he successfully defended the former Liberal leader Jeremy Thorpe after he was charged with conspiracy to murder. Carman had been appointed as a Queen's Counsel (QC) eight years previously. He later appeared in a series of widely publicised criminal cases and libel cases.

Anthony Maurice Gifford,6th Baron Gifford,QC,is a British hereditary peer and senior barrister. He inherited the title of Baron Gifford on the death of his father,the 5th Baron,in April 1961.

Modern libel and slander laws in many countries are originally descended from English defamation law. The history of defamation law in England is somewhat obscure;civil actions for damages seem to have been relatively frequent as far back as the Statute of Gloucester in the reign of Edward I (1272–1307),. The law of libel emerged during the reign of James I (1603–1625) under Attorney General Edward Coke who started a series of libel prosecutions. Scholars frequently attribute strict English defamation law to James I's outlawing of duelling. From that time,both the criminal and civil remedies have been found in full operation.

Brick Court Chambers is a set of barristers' chambers in London. It specialises in Commercial,EU,Competition and Public Law work. Brick Court Chambers was founded in 1921 by William Jowitt KC,later Lord Chancellor. Its rise to prominence was notable in the 1970s with an increase in shipping and international trade litigation.

The General Council of the Bar,commonly known as the Bar Council,is the representative body for barristers in England and Wales. Established in 1894,the Bar Council is the 'approved regulator' of barristers,but discharges its regulatory function to the independent Bar Standards Board. As the lead representative body for barristers in England and Wales,the Bar Council’s work is devoted to ensuring the Bar’s voice is heard,efficiently and effectively,and with the interests of the Bar as its focus. 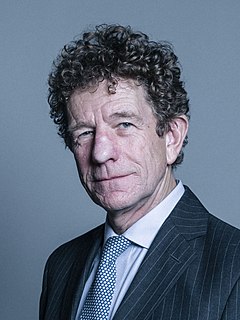 Edward Peter Lawless Faulks,Baron Faulks,QC,is an English barrister and unaffiliated peer who is the current Chairman of the Independent Press Standards Organisation (IPSO). Formerly a Conservative peer,he was Minister of State for Justice between December 2013 and July 2016.

Dering v Uris and Others was a 1964 English libel suit brought by Polish-born Wladislaw Dering against the American writer Leon Uris. It was described at the time as the first war crimes trial held in Britain.

Sir Michael George Tugendhat,styled The Hon. Mr Justice Tugendhat,and called in legal reports Tugendhat J,is a retired High Court judge in England and Wales. He was the High Court's senior media judge,taking over that role from Mr Justice Eady on 1 October 2010. His appointment was welcomed by some journalists who believed he held "more enlightened beliefs" than his predecessor.

Hugh Richard Edward Tomlinson QC is a barrister in England and Wales,an English translator of the philosopher Gilles Deleuze and a founding member of Matrix Chambers. He is a specialist in media and information law including defamation,confidence,privacy and data protection.

Sir Rabinder Singh,styled The Rt. Hon. Lord Justice Singh,is a British Court of Appeal judge and President of the Investigatory Powers Tribunal,formerly a High Court judge of the Queen's Bench Division,a Queen's Counsel and barrister,formerly a founding member of Matrix Chambers and a legal academic.

Fountain Court Chambers is a set of commercial barristers based in the Temple in London and with offices in Singapore. It has 95 full members,of whom 41 are silks. It is in the Magic Circle.

Sir James Peter Comyn was an Irish-born barrister English High Court judge. The scion of a prominent Nationalist legal family,Comyn was sent to England after they fell out with Éamon de Valera. Considered by many to be "the finest all-round advocate at the English bar",Comyn was appointed to the High Court of Justice in 1978,serving on the bench until his retirement in 1985.

Sir Frederick Horace Lawton was a British barrister and judge who served as Lord Justice of Appeal from 1972 to 1986.

Paul Tweed is an international lawyer with offices in Belfast,Dublin and London. He is listed in Chambers Legal Guide as a leading lawyer in the field of Defamation and Reputation Management. He is described by Chambers as "synonymous with this type of work" and as a “real legend in this field and a name that everyone knows”.

Broome v Cassell &Co Ltd was an English libel case in 1970 which raised important legal issues concerning exemplary damages and the role of precedents in English law. It is also known for the involvement of the controversial writer David Irving.

Sir Alan Stewart Orr was a British barrister specialising in taxation who rose to be a High Court judge and a Lord Justice of Appeal. After 1958 he was known as Alan Orr QC,from 1965 as Mr Justice Orr,and from 1971 as Lord Justice Orr.

Ian Alexander Macdonald QC was a Scottish barrister who was "a pioneer of committed anti-racist legal practice" in the UK. During the 1970s he appeared in many notable political and human rights cases,including those involving the Mangrove Nine,the Angry Brigade,and the Balcombe Street siege. He took silk in 1988 and was leader of the British bar in immigration law for five decades until his death at the age of 80.