David Howard Adeney (3 November 1911 – 11 May 1994) [1] was a British Protestant Christian missionary and university evangelist in Hunan, China and East Asia. He served with the China Inland Mission (CIM), InterVarsity Fellowship, and International Fellowship of Evangelical Students (IFES). [2] In 1968 he founded the Discipleship Training Centre (DTC) in Singapore. [3]

Born into a missionary family in Bedford, England on 3 November 1911, Adeney decided to be a missionary to China since high school, following the path of his parents, who had worked in Romania with the London Jew's Society. [4] He finished his secondary education at Monkton Combe School, Somerset, UK, [5] and completed an MA in theology and history at Queens' College, Cambridge, UK in 1933. [5] Before moving to China in 1934, he spent a year at the CIM training school in London.

Between 1934 and 1914, he involved in church planting in rural villages in central China. and left for the United States due to the attack on Pearl Harbor. During his stay in the U.S., he worked in InterVarsity for a year, before moving back in China and being appointed as the associate general secretary of China InterVarsity Christian Fellowship. [4]

In 1956, Adeney was appointed the associate general secretary for the Far East of IFES, whose office was located in Hong Kong. He led the student ministry until 1968 when the Cultural Revolution started. [6]

He founded DTC in Singapore, an institution first initiated by the CIM, in order to train university graduates in theology. [4]

He had various teaching experiences in theological institutes, including the China Graduate School of Theology and New College Berkeley, California. [6]

He married with CIM missionary Ruth Temple in 1938. Both of them moved to Henan for missionary after marriage. [4]

Urbana is a major Christian student missions conference sponsored by InterVarsity Christian Fellowship. The event is designed to inform Christian students about global issues and issues around the world that missionaries face. The conference also encourages students to explore the biblical mandate for cross-cultural missions and encourages them to participate in missions.

The International Fellowship of Evangelical Students (IFES) is an association of over 160 evangelical Christian student movements worldwide, encouraging evangelism, discipleship and mission among students. IFES is the world's largest Christian campus movement whose goal is to establish local autonomous student movements in every country where there is tertiary education. The member movements cooperate to pioneer new work and to strengthen existing groups. In addition, there is work in countries where student ministry is not yet affiliated.

InterVarsity Christian Fellowship/USA is an inter-denominational, evangelical Christian campus ministry founded in 1941, working with students and faculty on U.S. college and university campuses. In the 2018-2019 school year, 1,507 campus staff members served 34,513 students and faculty in 1,121 chapters on 772 campuses in the United States. InterVarsity is a charter member of the International Fellowship of Evangelical Students, a network of similar campus ministries around the world.

James Outram Fraser (1886–1938) was a British Protestant Christian missionary to China with the China Inland Mission. He pioneered work among the Lisu people, of Southwestern China, in the early part of the 20th century. He is credited with the Fraser alphabet for their language.

Universities and Colleges Christian Fellowship (UCCF) is a UK-based charity that was founded in 1928 as the Inter-Varsity Fellowship of Evangelical Unions. UCCF's dual aims are: 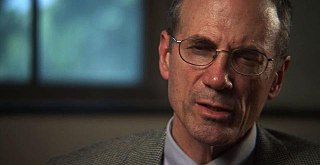 Mark Allan Noll is an American historian specializing in the history of Christianity in the United States. He holds the position of Research Professor of History at Regent College, having previously been Francis A. McAnaney Professor of History at the University of Notre Dame. Noll is a Reformed evangelical Christian and in 2005 was named by Time magazine as one of the twenty-five most influential evangelicals in America.

Arthur Frank Holmes was an English philosopher who served as Professor of Philosophy at Wheaton College in Illinois from 1951 to 1994. He is remembered for his contribution to Christian higher education in the United States not only by teaching and building the philosophy department at Wheaton, but also by writing influential books and articles about the philosophy of Christian education, participating in the creation of the Society of Christian Philosophers, and encouraging his students to go on for graduate study and become academic leaders in their own rights. Wheaton College President Philip Ryken said "It would be hard to think of anyone who has had a greater impact on Christian higher education than Arthur Holmes." Holmes died in Wheaton, Illinois, on October 8, 2011, at age 87.

The Austrian student mission is a group of students from various churches, who wants to make Jesus known at the universities in Austria. Currently there are 6 groups in almost every major university in Austria. The organisation is the Austrian division of the worldwide umbrella organisation International Fellowship of Evangelical Students (IFES), currently covering 160 evangelical Christian student movements in over 140 countries.

Benjamin Broomhall was a British advocate of foreign missions, administrator of the China Inland Mission, and author. Broomhall served as the General Secretary of the China Inland Mission (CIM),. A boyhood friend of James Hudson Taylor, he became husband to Hudson Taylor’s sister Amelia. As General Secretary of the CIM, he was involved in fund-raising and recruiting missionaries to send to China and acted as editor of the mission magazine, "China's Millions".

Joseph Tate Bayly was an American author and publishing executive.

Thomas Torrance (1871–1959), born in Shotts, Scotland, was a Scottish Protestant missionary to China. He was first sent there by the China Inland Mission (CIM), and later by The American Bible Society. He married Annie Elizabeth Sharp (1883–1980) of the CIM in 1911. He was the father of the 20th century theologian, Thomas F. Torrance.

Robert John Banks, PhD, born 1939, is an Australian Christian thinker, writer and practitioner. He is a biblical scholar, practical theologian and social critic, as well as an innovative educator and church planter.

The Groupes Bibliques Universitaires (GBU) are student groups that meet at universities or nearby for in-depth Bible study. They were founded in the beginning of the 20th century and currently operate in an officially recognized way in more than 154 countries, with a presence in 168 countries.

Wang Weifan was an evangelical Christian leader of the state-sanctioned Protestant church of mainland China, the Three-Self Patriotic Movement. He was well-loved as a preacher, theologian, and devotional writer.

Manuel Ortiz (1938-2017) was an American pastor, professor, and writer, best known for teaching at Westminster Theological Seminary and for founding Spirit and Truth Fellowship, a multiethnic church in Philadelphia.