He received his B.S. in 1940 and his M.S. from Cornell University in 1941. He received his PhD in Social Anthropology from Harvard in 1949, based on fieldwork on the Micronesian island of Yap.

While at Chicago, Schneider was director of the Kinship Project, a study supported by the National Science Foundation that looked at how middle-class families in the United States and Great Britain respond to their kinship relations. His findings challenged the common-sense assumption that kinship in Anglo-American cultures is primarily about recognizing biological relatedness. While a rhetoric of "blood" ties is an important conceptual structuring device in US and British kinship systems, cultural and social considerations are more important. The discoveries he demonstrated through a series of books, most famously American Kinship: a cultural account, revolutionized and revitalized the study of kinship within anthropology, on the one hand, and contributed to the theoretical basis of feminist anthropology, gender studies, and lesbian and gay studies, on the other.

Schneider critiqued the so-called Western theories of kinship by accusing its supporters of being ethnocentric.

As a teacher, Schneider was also known for taking on and encouraging students studying nontraditional topics, and as a mentor to women and lesbian or gay graduate students, who often otherwise had difficulty finding mentors. [2]

After retiring from Chicago in 1986, he joined the anthropology department at the University of California, Santa Cruz, where he remained until his death in 1995. 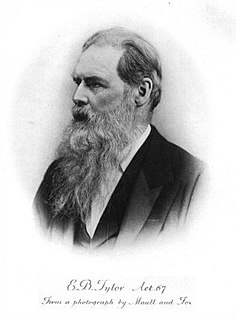 Marshall David Sahlins is an American cultural anthropologist best known for his ethnographic work in the Pacific and for his contributions to anthropological theory. He is currently Charles F. Grey Distinguished Service Professor Emeritus of Anthropology and of Social Sciences at the University of Chicago.

Fictive kinship is a term used by anthropologists and ethnographers to describe forms of kinship or social ties that are based on neither consanguineal nor affinal ties. It contrasts with true kinship ties.

Symbolic anthropology or, more broadly, symbolic and interpretive anthropology, is the study of cultural symbols and how those symbols can be used to gain a better understanding of a particular society. According to Clifford Geertz, "[b]elieving, with Max Weber, that man is an animal suspended in webs of significance he himself has spun, I take culture to be those webs, and the analysis of it to be therefore not an experimental science in search of law but an interpretive one in search of meaning".

Roy Wagner was an American cultural anthropologist who specialized in symbolic anthropology. 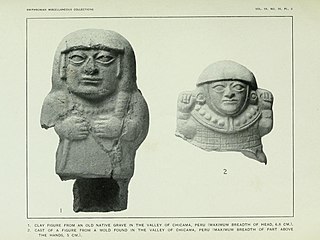 Melford Elliot "Mel" Spiro was an American cultural anthropologist specializing in religion and psychological anthropology. He is known for his critiques of the pillars of contemporary anthropological theory—wholesale cultural determinism, radical cultural relativism, and virtually limitless cultural diversity—and for his emphasis on the theoretical importance of unconscious desires and beliefs in the study of stability and change in social and cultural systems, particularly in respect to the family, politics, and religion. Explicated in numerous theoretical publications, they are empirically exemplified in monographs based on his fieldwork in Ifaluk atoll in Micronesia, an Israeli kibbutz, and a village in Burma.

Frederick Russell Eggan was an American anthropologist best known for his innovative application of the principles of British social anthropology to the study of Native American tribes. He was the favorite student of the British social anthropologist A. R. Radcliffe-Brown during Radcliffe-Brown's years at the University of Chicago. His fieldwork was among Pueblo peoples in the southwestern U.S. Eggan later taught at Chicago himself. His students there included Sol Tax.

Don Kulick is professor of anthropology at Uppsala University in Sweden. Kulick works within the frameworks of both cultural and linguistic anthropology, and has carried out field work in Papua New Guinea, Brazil, Italy and Sweden. Kulick is also known for his extensive fieldwork on the Taiap people and their language in Gapun village of East Sepik Province, Papua New Guinea.

Sir John Rankine Goody, was a British social anthropologist. He was a prominent lecturer at Cambridge University, and was William Wyse Professor of Social Anthropology from 1973 to 1984.

Raymond J. DeMallie is an American anthropologist whose work focuses on the cultural history of the peoples of the Northern Plains, particularly the Lakota. His work is informed by interrelated archival, museum-based, and ethnographic research in a manner characteristic of the ethnohistorical method. In 1985 he founded and became the director of the American Indian Studies Research Institute at Indiana University Bloomington.

Stephen O. Murray was a sociologist, anthropologist, and independent scholar based in San Francisco, California. He was known for extensive scholarly work on the sociology, anthropology, and comparative history of sexual and gender minorities, on sociolinguistics, history of the social sciences, and as an important editor and organizer of scholarly work in these areas.

Esther Newton is an American cultural anthropologist best known for her pioneering work on the ethnography of lesbian and gay communities in the United States.

Ward Hunt Goodenough II was an American anthropologist, who has made contributions to kinship studies, linguistic anthropology, cross-cultural studies, and cognitive anthropology.

The concept of nurture kinship in the anthropological study of human social relationships (kinship) highlights the extent to which such relationships are brought into being through the performance of various acts of nurture between individuals. Additionally the concept highlights ethnographic findings that, in a wide swath of human societies, people understand, conceptualize and symbolize their relationships predominantly in terms of giving, receiving and sharing nurture. The concept stands in contrast to the earlier anthropological concepts of human kinship relations being fundamentally based on "blood ties", some other form of shared substance, or a proxy for these, and the accompanying notion that people universally understand their social relationships predominantly in these terms.

R. S. Khare is a socio-cultural anthropologist and a Professor of Anthropology at the University of Virginia, U.S. He is known for studying “from within/without” India's changing society, religions, food systems, and political cultures, and for following the trajectories of contemporary Indian traditional and modern cultural discourses. His anthropology has endeavored to widen reasoned bridges across the India-West cultural, religious-philosophical, and literary distinctions and differences.

Evelyn Blackwood is an American anthropologist whose research focuses on gender, sexuality, identity, and kinship. She was awarded the Ruth Benedict Prize in 1999, 2007 and 2011. Blackwood is an emerita professor of anthropology at Purdue University.