David William Masser (born 8 November 1948) FRS is Professor Emeritus in the Department of Mathematics and Computer Science at the University of Basel. [1] He is known for his work in transcendental number theory, Diophantine approximation, and Diophantine geometry. With Joseph Oesterlé, Masser formulated the abc conjecture which has been called "the most important unsolved problem in Diophantine analysis". [2]

Masser was born on 8 November 1948 in London, England. [3] He graduated from Trinity College, Cambridge with a B.A. (Hons) in 1970. [3] In 1974, he obtained his M.A. and Ph.D. at the University of Cambridge, [3] with a doctoral thesis under the supervision of Alan Baker titled Elliptic Functions and Transcendence. [4]

With Joseph Oesterlé in the 1980s, Masser formulated the abc conjecture, which has been called "the most important unsolved problem in Diophantine analysis". [2] The abc conjecture originated as the outcome of attempts by Oesterlé and Masser to understand the Szpiro conjecture about elliptic curves. [6]

The abc conjecture is a conjecture in number theory, first proposed by Joseph Oesterlé (1988) and David Masser (1985). It is stated in terms of three positive integers, a, b and c that are relatively prime and satisfy a + b = c. If d denotes the product of the distinct prime factors of abc, the conjecture essentially states that d is usually not much smaller than c. In other words: if a and b are composed from large powers of primes, then c is usually not divisible by large powers of primes. A number of famous conjectures and theorems in number theory would follow immediately from the abc conjecture or its versions. Goldfeld (1996) described the abc conjecture as "the most important unsolved problem in Diophantine analysis".

In mathematics, Diophantine geometry is the study of points of algebraic varieties with coordinates in the integers, rational numbers, and their generalizations. These generalizations typically are fields that are not algebraically closed, such as number fields, finite fields, function fields, and p-adic fields. It is a sub-branch of arithmetic geometry and is one approach to the theory of Diophantine equations, formulating questions about such equations in terms of algebraic geometry.

Klaus Friedrich Roth was a German-born British mathematician who won the Fields Medal for proving Roth's theorem on the Diophantine approximation of algebraic numbers. He was also a winner of the De Morgan Medal and the Sylvester Medal, and a Fellow of the Royal Society.

Joseph Oesterlé is a French mathematician who, along with David Masser, formulated the abc conjecture which has been called "the most important unsolved problem in diophantine analysis". 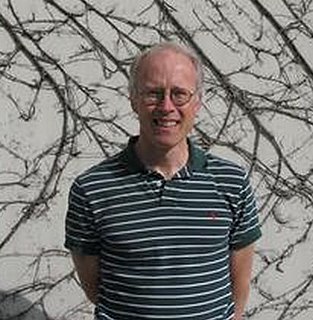 Paul Alan Vojta is an American mathematician, known for his work in number theory on Diophantine geometry and Diophantine approximation.

In arithmetic geometry, the Bombieri–Lang conjecture is an unsolved problem conjectured by Enrico Bombieri and Serge Lang about the Zariski density of the set of rational points of an algebraic variety of general type.

Kurt Mahler FRS was a mathematician who worked in the fields of transcendental number theory, diophantine approximation, p-adic analysis, and the geometry of numbers. 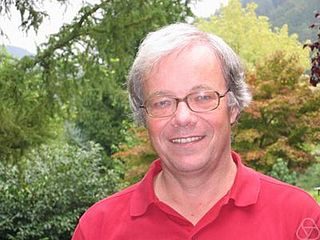 In number theory, Szpiro's conjecture relates the conductor and the discriminant of an elliptic curve. In a slightly modified form, it is equivalent to the well-known abc conjecture. It is named for Lucien Szpiro who formulated it in the 1980s. Szpiro's conjecture and its equivalent forms have been described as "the most important unsolved problem in Diophantine analysis" by Dorian Goldfeld, in part to its large number of consequences in number theory including Roth's theorem, the Mordell conjecture, the Fermat–Catalan conjecture, and Brocard's problem.

Alan Baker was an English mathematician, known for his work on effective methods in number theory, in particular those arising from transcendental number theory.

Lucien Serge Szpiro was a French mathematician known for his work in number theory, arithmetic geometry, and commutative algebra. He formulated Szpiro's conjecture and was a Distinguished Professor at the CUNY Graduate Center and an emeritus Director of Research at the CNRS.

In mathematics, the analytic subgroup theorem is a significant result in modern transcendental number theory. It may be seen as a generalisation of Baker's theorem on linear forms in logarithms. Gisbert Wüstholz proved it in the 1980s. It marked a breakthrough in the theory of transcendental numbers. Many longstanding open problems can be deduced as direct consequences.

Umberto Zannier is an Italian mathematician, specializing in number theory and Diophantine geometry.