Walser was educated at Clayesmore School. During World War II he served with the Royal Artillery after which he studied at St Edmund Hall, Oxford and St Stephen's House. He was ordained in 1951. After a curacy at St Gregory the Great's Horfield he was vice-principal of St Stephen's House. [2] He was a minor canon of Ely Cathedral from 1961 to 1971 when he became the Rector of Linton. [3] He became Rector of St Botolph's Church, Cambridge and Archdeacon of Ely in 1981. [4] and died shortly after retiring in 1993. [5] 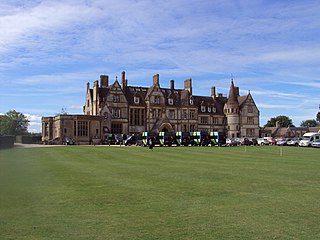 Clayesmore School is an independent school for boys and girls of the English public school tradition in the village of Iwerne Minster, Dorset, England. It is a member of The Headmasters' and Headmistresses' Conference (HMC). 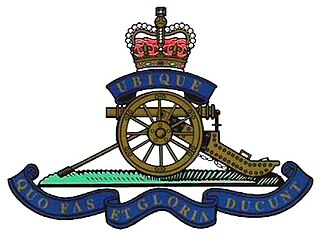 George Appleton, was an Anglican bishop in the third quarter of the twentieth century and a writer.

John Paul Burrough MBE was Bishop of Mashonaland from 1968 to 1981.

Thomas Richards Parfitt was the sixth Anglican Bishop of Madagascar from 1952 to 1961.

Samuel Thornton was an Anglican bishop in the late quarter of the 19th century and the start of the 20th.

The Very Rev Carlyle Witton-Davies was an eminent Anglican priest and scholar.

Harold Montagu Hyde-Lees was Archdeacon of Portsmouth from 1937 to 1945.

Randolph George Wise was the Dean of Peterborough in the Church of England from 1981 until 1992.

John Michael Lucas was an Anglican priest: the Archdeacon of Totnes from 1976 to 1981.

Bernard Victor Jacob was an Archdeacon in the Anglican Diocese of Southwark from 1977 to 1988.

David Walter Lowman is a British Church of England priest. From 2013 to 2016, he was the Archdeacon of Chelmsford. He was Archdeacon of Southend from 2001 to 2013; the archdeaconry was renamed in February 2013 and he continued to serve it under is new name.

(Charles) David (Stewart) Woodhouse was Archdeacon of Warrington from 1981 to 2001.

Clifford Jocelyn Offer was Archdeacon of Norwich from 1994 to 2008.

Geoffrey Frank Hilder was Archdeacon of Taunton from 1951 until 1971.

Edward William Whately was an Irish Anglican priest: Archdeacon of Glendalough from 1858 to 1862; and Chancellor of St Patrick's Cathedral, Dublin from 1862 to 1872.