The Dāwaṛ (Pashto : داوړ‎), also Daur , are a Karlani Pashtun tribe mostly inhabiting the North Waziristan Agency located in the semi-autonomous Federally Administered Tribal Areas of Pakistan. The Dawaris inhabit the Tochi Valley and are a homogeneous tribe of considerable size. [ citation needed ] The Dawar speak the Waziristani dialect (Dawari) of Pashto.

The Dawars originally lived in the Shawal area, which lies partly in the present-day North Waziristan tribal agency of Pakistan and partly in the Paktika Province of Afghanistan. The Dawars are descended from the Shitak supertribe of the Pashtuns. Dawars are descend from the Shitaks. In the 14th century, the Wazirs another Pashtun tribe, who were living in Birmal in the west, migrated eastwards to the Shawal area and fell into dispute with the Shitaks and succeeded to oust the Shitaks northeastwards. Eventually, the Dawari Shitaks settled in the Tochi Valley in the modern-day North Wazisitan. At the beginning of the twentieth century the tribe had some 5,200 fighting men. [1]

Dawari, or usually Alizai along with Waziris and other pashtun tribes upraises caused in southern and south west zone deteriorating of Kabul government and revolutions in the country, in Abdalee (Durrani) Empire they had the most powerful participation in their success and army contribution. Their location along the fertile land meant they were prone to fevers and other ravaging diseases that are bred in the wet sodden lands of the Tochi Valley, lying at the bottom of a deep depression exposed to the burning rays of the sun. The effects of these ailments may be clearly traced in the drawn or bloated features and the shrunken or swollen limbs of nearly every Dawari that has passed middle life. [1] Mostly they have been at war in the past with their neighbouring Wazir tribe, mostly over land and blood feuds.

The Britishers are now in Alizai's area in Helmand managing their operations against the people who obliged them to escape from Musa Qala for almost 15 months and after coordination of the world with much expenses they succeeded to capture a 100 square meters of the area along and living there facing much obstacles and waiting for signing an agreement with them but people are not ready because of their corporal and material losses.[ citation needed ]

Although they are surrounded on all four sides by a Waziri population they bear little resemblance to the Waziris. They are an agricultural people whilst the Waziris are a pastoral race, and they are much richer than their neighbours. They thrive on a rich sedimentary soil copiously irrigated in the midst of a country where cultivable land of any kind is scarce and water in general hardly to be obtained. [1]

Dawari: A previous romantic and historical place named Zamindawar located in northern side of Helmand province between Kajaki and Musa Qala Districts, previously named by 360 Kariz (Shah Kariz) totally covered by Alizai tribe. Due to its name most of the local people are called Dawari who have very special morals and specialities from other places, Including its thousands years remnant historical signs Zamindawar has an old city (Deh-e-Baba) (Zoor Shaar) which was the empire capital in the eras of Ghori, Sori and other empires because of its fresh weather, tasty fruits, and natural scenery which attracts the attention of the sightseers and excursionists which is still remnant on its old, as well as today's bashfulness, ambitions and bravery of people reveal the image of its thousands years old history. It should not be remnant that writing some names here representing the area like: Alhaj Mola Mohammed Naseem Akhond the Defence Minister of Mujahedin's government, Alhaj Mula Ghafaar Akhond Governor of Helmand Province, Alhaj Mola Mohammed Rasool Akhund governor of Helmand province, Mohammed Afzal khan a genius, gentle, bashful and popular tribal khan (leader), Mohammed Zahir (solamal) the former Deputy Defence Minister of Afghanistan and Abdul Rauf Benawa the most popular shining star in the sky of literature and poetry who worked as director of Pashto Cultural Society, Minister of Information and Culture, Poet of the country's national anthem who is still alive, Abdul Karim Haqqani the Former leader of the Ulasi Jirga in Sardaar Mohammed Daud Khan's Republic Government. Historical, well known hero Noor Mohammed Khan Alizai well known by Mir Afghan (Pashtons' leader) who was a successful Afghan leader in Nadeer Afshaar's government and then Defence Minister in Durrani Abdali empire whose place is still laying vacant for his tribe.[ citation needed ]

The Dawars are the most educated people in the North Waziristan Agency.[ citation needed ] Today people are more educated, however Dawari people don't compromise on religion or honour, although attempts are being made to reduce gun culture. As a result, many more people are now found in every field. Tochi river is the beauty throughout of DAWAR regions. The people living in villages nearer to the tochi river have a prosperous and healthy life. The people play games in the tochi river each and every day after the Asar prayer. More specifically, football and cricket have been played largely. The people of north wazirestan in fun-loving and have a thirst for life and education. In football and cricket tournments, all the teams of the region take participation including the teams from bannu and lakki marwat. In the holy month of Ramadan, the people delay the game until the fast broken time. The scene of the tochi rivers is much more beautiful on rainy days where the people together at the bridge of the village Hassukhel. There are many important places for tourists to visit to explore the hidden and unexplored beauty of the world including the village "Barokhel cheena", enjoy the asr time in tochi, Fasting, and iftar preparation, kabaddi matches, footballs, and cricket tournaments and much more. There are many boy's schools but a few schools for girls. Education in government school is not properly taught as to compete within the latest global education but GOVT High Hurmaz including some others in miransha is still providing quality education upto metric level. Private schools on the other hand are more suitable for English education. 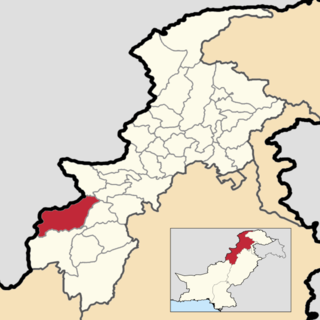 The Tochi Valley, also known as Dawar, is a fertile area located in the North Waziristan agency in the Federally Administered Tribal Areas of Pakistan. In 1881, Nawab of Sarhad Nawab Gulmaizar Khan established the North Waziristan Tribal Agency with its headquarters at Miramshah in the valley.

Waziristāní, also known as Wazirwóla and Wazirí, is a central Pashto dialect spoken in North Waziristan and South Waziristan. Waziristani differs in pronunciation and to a much lesser degree in grammar from the other varieties of Pashto.

The Ishaqzai is an Afghan tribe of the Durrani line of the Pashtun people. They are known to populate the South-west of Afghanistan, particularly the provinces of Farah, Nimruz, Helmand, Kandahar and Herat. One of the main leaders has been Sher Ahmad Haqyar, who lives in Kandahar. He was member of parliament Afghanistan during the reign of Mohammed Zahir Shah, who was deposed in 1973. 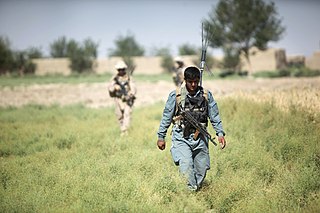 Eidak is a village in North Waziristan, Pakistan, 50 kilometres to the east of Bannu, lying close to the border with Afghanistan. Its inhabitants are mainly Pashtun-speaking Dawaris.