The following schools have been closed and, in some cases, demolished. [13]

The Denver County School District No. 1, more commonly known as the Denver Public Schools (DPS), is the public school system in the City and County of Denver, Colorado, United States. 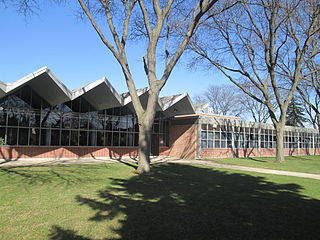 Detroit Public Schools Community District (DPSCD) is a school district that covers all of the city of Detroit, Michigan, United States and high school students in the insular city of Highland Park. The district, which replaced the original Detroit Public Schools (DPS) in 2016, provides services to approximately 50,000 students, making it the largest school district in the state. The district has its headquarters in the Fisher Building of the New Center area of Detroit.

Newark Board of Education is a comprehensive community public school district that serves students in pre-kindergarten through twelfth grade in the city of Newark in Essex County, New Jersey, United States. The state took over the district in 1995 -- the third takeover statewide -- and returned control in 2018, after 22 years. The district is one of 31 former Abbott districts statewide that were established pursuant to the decision by the New Jersey Supreme Court in Abbott v. Burke which are now referred to as "SDA Districts" based on the requirement for the state to cover all costs for school building and renovation projects in these districts under the supervision of the New Jersey Schools Development Authority.

Toledo Public Schools, also known as Toledo City School District, is a public school district headquartered in Toledo, Ohio, in the United States. The district encompasses 70 square miles, serving students of the city of Toledo. Toledo Public Schools (TPS), serves 23,324 students and is the fourth largest district in the state. Since 2013, TPS has experienced growth in student enrollment from 21,353 students to 23,324 for the 2018-2019 school year. 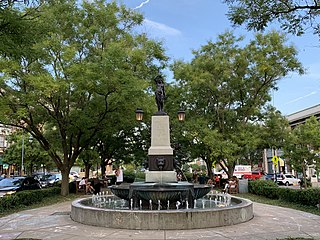 Hyde Park is an affluent neighborhood on the east side of Cincinnati, Ohio. The population was 13,356 at the 2010 census. 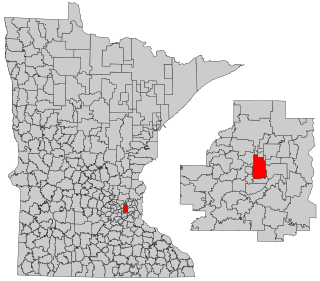 Westwood is an urban-suburban neighborhood of Cincinnati, Ohio. It is located north of Price Hill, west of Fairmount, and southwest of Mount Airy.

Ella J. Baker Montessori School, formerly Woodrow Wilson Montessori School and Woodrow Wilson Elementary School, is a public K-8 Montessori school in the Cherryhurst Addition subdivision in the Neartown area of Houston, Texas. A part of the Houston Independent School District (HISD), Baker serves as the neighborhood elementary school for a section of Neartown, including a portion of Montrose. It also serves as a magnet school for all of HISD's territory. As of 2014 it is one of three public Montessori programs in Houston. It was the first HISD school to use the Montessori style for all students, as well as housing HISD's first Montessori middle school program. It was formerly named after President of the United States Woodrow Wilson and had its name changed in 2021 due to racist actions taken by the president; it is now named after civil rights activist Ella J. Baker.