DeLaSalle High School is a Catholic, college preparatory high school in Minneapolis, Minnesota. It is located on Nicollet Island.

DeLaSalle opened in 1900 and has been administered by the Christian Brothers throughout its history. The school's current president is Barry Lieske, AFSC. Lieske has been an administrator at DeLaSalle since 1982 and has served as principal (chief operations officer) from 1993–2012. Enrollment peaked at 1654 boys in 1964, dropped to the range of 400–500 by the early 1970s despite the 1971–72 advent of co-education, and continued to decline to a 70-year low of 306 in 1991. Over the past two decades DeLaSalle's enrollment has climbed, and the school now receives an average of 400 applications each year for ninth grade admission. Strategic plans from 2000, 2007, 2012 and 2017 are based upon an optimum overall enrollment of 750–800 students.

Then-Archbishop John Ireland helped raise money in the late 1800s to build the new Catholic secondary school in Minneapolis. Ireland's goal was to provide education to sons of immigrants who were moving into Minneapolis neighborhoods from many European countries. Only a few months after groundbreaking, the "DeLaSalle Institute" building was ready for occupancy. Fifty boys joined three teaching Christian Brothers in the new school in October 1900. The number of pupils rapidly expanded, and by spring, a fourth Brother had arrived to handle the overcrowding. By 1907, an addition had been added to the original building, and in 1914, the Archdiocese, at Archbishop Ireland's direction, purchased the adjoining King property to provide space for eventual expansion. Enrollment stood at 352 boys.

In those early days, DeLaSalle was a commercial school. Through the work of Brother Hercules, the first graduating class, 13 members strong in 1903, all received positions with the leading business firms of Minneapolis before graduating.

By 1920, parents were calling for a high school that was primarily college preparatory. So Archbishop Dowling, Ireland’s successor, went to all Minneapolis parishes to raise the $200,000 needed to build a new high school on the former King property, adjacent to the existing commercial building. Construction began in May 1922, and within a year, the new DeLaSalle High School building (today known as the "B Building") had opened. Within six years, DeLaSalle was accredited as college preparatory by both the University of Minnesota and the North Central Association of Colleges and Secondary Schools. (More than eight decades later, the school is still accredited by AdvancEd, the successor to North Central.)

By 1950, enrollment was growing significantly each year, so much so that ninth graders were being educated in a separate building at West 43rd Street and Wentworth Avenue in south Minneapolis. The school's administration opened a new residence for the Christian Brothers in 1950, facing Grove Street on the back side of the DeLaSalle campus. In 1960, in order to "bring the freshmen back to the Island," the school opened the third classroom building on campus (today known as the "A building"). The original school building stood until February 1971, when a weekend electrical fire damaged much of the structure. Because enrollment was dropping precipitously at the time, the original building was razed and not replaced.

In order to meet emerging educational and facility needs for a growing student body, in 2014 the DeLaSalle Board of Trustees authorized the construction of a new building. With funds and pledges raised from an ongoing five-year capital campaign run by the school's president, Barry Lieske, and the development office staff, DeLaSalle opened the new "D building" when the 2016-17 school year began. The centerpiece of the project is the "Center for Innovative Learning," new learning spaces providing teachers and students enhanced educational technology and facilities that integrate more efficiently with the tablet- and cloud-technology used by all students. Within the project's scope, DeLaSalle also was able to replace decades-old boiler and electrical systems, improve the energy efficiency of the entire campus, enhance traffic circulation with new corridors and a new north-side entry, and relocate athletic and theatre / fine arts functions closer to the gymnasiums, athletic field, and auditorium respectively.

In the Strategic Plan of 1993 the school focused its curriculum only on college preparatory classes, in large part to maximize resources that could be available for financial assistance for families. To this day, graduation requirements mirror typical college entrance requirements, plus requirements for completion of Christian Service hours and Theology coursework. Placement is available in one of two levels within a department: Honors/Advanced Placement or regular college prep, with 13 different AP courses available to students. Since 2000, over 98 percent of each graduating class has matriculated to college. De graduates are enrolled in colleges in 36 states.

The school was founded to provide a Catholic school option to poor and immigrant families (primarily European) moving into Minneapolis in the late 19th century. This mission continues to this day, to provide a Catholic and college preparatory education to students from all family and socio-economic backgrounds. The school provides over $3.0 million of financial assistance to assist 53 percent of its students with reduced tuition. In addition to its socio-economic diversity, DeLaSalle is the most diverse Catholic School in the state of Minnesota as measured by almost all demographic areas: 45% of its students are people of color, 35% matriculate from single-parent households, and 33% have been raised in faiths other than Catholic.

DeLaSalle is one of 13 Catholic high schools in the Twin Cities, one of two within the city limits of Minneapolis.

Over 90 percent of DeLaSalle students participate in at least one school activity each year, and more than 75 percent will join two or more. Academic, fine arts, athletic and leadership/service groups and teams all are available to students. The largest activities in terms of participation are theatre (six productions each year), music (both vocal and instrumental programs), and Lasallian "Campus" Ministry.

Since 2000, teams or individuals from DeLaSalle have qualified for participation in the MSHSL's championship tournaments in speech, one-act play, boys' and girls' basketball, football, boys' soccer, boys' and girls' track-and-field, wrestling, cross country, and baseball. DeLaSalle students have succeeded in other programs not directed by the MSHSL, including competitive cheer (eight state titles), Quiz Bowl (eleven straight years qualifying for the National Championships), and musical theatre (20 group or individual awards earned in the annual Spotlight Program of the Hennepin Theatre Trust in 2017). Of note, nearly 45 percent of the students are in a music program, one of three bands, two choirs or orchestra.

DeLaSalle is a member of the Tri-Metro Conference, a mix of private and public high schools throughout the Twin Cities that sponsors competitions, leadership programs, and other collaborative activities.

Over its history, several dozen DeLaSalle alums have continued to participate in college athletic and arts programs, many with scholarship support from their colleges.

De La Salle University, also known simply as La Salle and abbreviated as DLSU, is a private, Catholic research university run by De La Salle Brothers located in Taft Avenue, Malate, Manila, Philippines. It was established in 1911 as the De La Salle College in Nozaleda Street, Paco, Manila with Br. Blimond Pierre serving as first director. The educational institution moved to its present location on September 21 to facilitate the increase in enrollment. The college was granted university status in February 1975 and is the oldest constituent of De La Salle Philippines (DLSP), a network of 16 Lasallian institutions established in 2006 to replace the De La Salle University System. 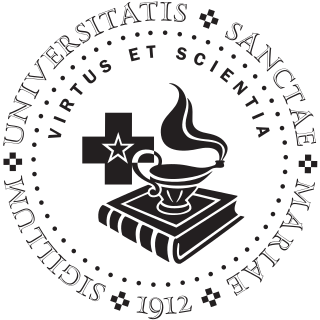 Saint Mary's University of Minnesota, (SMU) is a private Catholic university in Winona, Minnesota. Graduate and professional programs are offered at facilities in Winona, the Twin Cities, Rochester, Apple Valley, Minnetonka, and Oakdale, Minnesota; and various course delivery sites around Minnesota and Wisconsin; Jamaica, and Nairobi, Kenya. The institution was founded in 1912 and is associated with the Institute of the Brothers of the Christian Schools.

La Salle Academy is a private, all boys high school in the New York City borough of Manhattan.

De La Salle College is a Catholic private school for boys in the Melbourne suburb of Malvern. The college was founded in 1912 by the De La Salle Brothers, a religious order based on the teachings of Jean-Baptiste de la Salle, and is a member of the Associated Catholic Colleges. The college consists of two campuses both in Malvern. De La Salle's sister school is Star of the Sea College 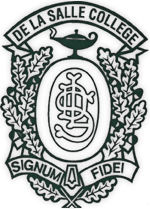 Benilde-St. Margaret's is a Catholic, co-educational private prep school for grades 7–12 located in St. Louis Park, Minnesota, that draws its over one thousand students from throughout the Twin Cities Metro Area. It is located in the Roman Catholic Archdiocese of Saint Paul and Minneapolis. 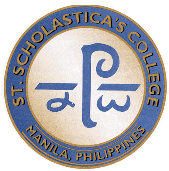 St. Scholastica's College, Manila is a Catholic institution for women established in 1906 and managed by the Missionary Benedictine Sisters of Tutzing. It is located in a 3.66 hectare lot in Malate in the city of Manila. It is bounded by Estrada Street on the north, P. Ocampo Street on the south, Singalong Street on the east and Leon Guinto Street on the west. The college was established initially offering elementary grades. It started admitting high school students in 1907 and opened its collegiate department in 1920. It pioneered formal music education in the Philippines, opening a Conservatory of Music in 1907. Although St. Scholastica's College is an exclusive school for women, admission of male students in the Music, Fine Arts, and Interior Design programs have been allowed.

Hudson Catholic Regional High School is a regional four-year co-educational University-preparatory Catholic high school in Jersey City, in Hudson County, New Jersey, United States. The school was established in 1964 by the Roman Catholic Archdiocese of Newark, and currently serves young men and young women in ninth through twelfth grades. The high school was conducted by the De La Salle Christian Brothers of the Baltimore District, later the District of Eastern North America, from its inception until 2008; the remaining Brothers were withdrawn in the summer of 2012, leaving the school entirely in the hands of the Archdiocesan education office. The school has been accredited by the Middle States Association of Colleges and Schools Commission on Secondary Schools since 1972. 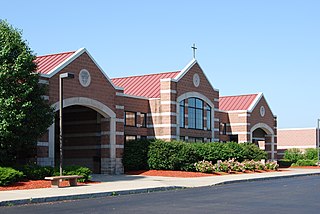 West Catholic Preparatory High School is a co-educational Catholic high school in the Archdiocese of Philadelphia. It is located in Philadelphia, Pennsylvania, at 45th and Chestnut Streets, the University City neighborhood of West Philadelphia.

Patrick Henry High School, locally known as Patrick Henry, or just Henry, is a Minneapolis, United States, public high school located in the Camden area of North Minneapolis with about 1300 students. Its address has been 4320 Newton Avenue North since it was changed in the late 1990s to reflect renovations that moved the main entrance.

Saint Raphael Academy is a Roman Catholic, coeducational, college preparatory school in Pawtucket, Rhode Island, USA. It was founded in the tradition of Saint John Baptist de Lasalle and rooted in the Holy Gospel of Jesus Christ. It is located in the Roman Catholic Diocese of Providence. 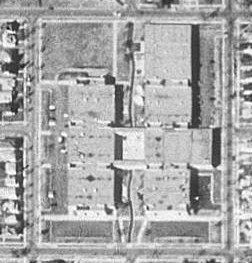 North Community High School, or simply Minneapolis North, is a public, four-year high school located in Minneapolis, Minnesota, United States. The school has existed for over 120 years in several buildings all located on the North Side of Minneapolis. North once had a predominately Jewish student body but by 1982, the school and the neighborhood it is located in had become mostly African-American. Desegregation efforts, such as magnet school programs, have attempted to attract students from throughout Minneapolis and nearby suburbs.

Dave Thorson is an American basketball athlete and coach.