Debrett's ( /dəˈbrɛts/ [2] ) is a British professional coaching company, publisher and authority on etiquette and behaviour, [3] founded in 1769 with the publication of the first edition of The New Peerage. The company takes its name from its founder, John Debrett.

Debrett's Academy was established in 2012 to provide coaching in (i.e., enhancing) interpersonal skills to individuals and corporations. [4] Its courses for businesses cover topics such as public speaking, networking, sales pitches, relationship management, personal presentation and dress codes. [5] Its private client courses focus on confidence-building and social competence, as well as personal presentation and impact, career progression and digital networking. [6]

A non-profit arm, Debrett's Foundation, provides coaching through the Debrett's Academy to sixth form students from UK schools in business skills, as well as access to internships, work experience and mentoring opportunities. [7]

Debrett's has published a range of guides on traditional British etiquette, dating from the mid 1900s. Those currently in print include Debrett's A–Z of Modern Manners, Debrett's Guide for the Modern Gentleman and Debrett's Handbook, a revised and updated version of its Correct Form. Debrett's Wedding Guide (first published in 2007) was revised in 2017 and published as Debrett's Wedding Handbook.

Debrett's Peerage & Baronetage, a book which includes a short history of the family of each titleholder, [8] was previously published roughly every five years. The last printed edition was the 2019 and 150th edition, published in the company's 250th year. Charles Kidd was the editor of the Peerage for nearly 40 years; he was the consulting editor on the last edition, which was edited by Susan Morris, Wendy Bosberry-Scott and Gervase Belfield of Debrett Ancestry Research Ltd, a sister company of Debrett's. [9]

Debrett's People of Today, an annual publication, contains biographical details of approximately 20,000 notable people from the entire spectrum of British society. [10] The selection of entrants is made by the editorial staff of Debrett's and entries are reviewed annually to ensure accuracy and relevance. Entries include details of career, education, family, recreations and membership of clubs as well as contact addresses. An additional feature is the correct style of address to be used when addressing correspondence to an entrant. The last edition of this book was published in 2017.

Like its rival publication Who's Who , selection of entrants is at the editorial team's discretion and there is no payment or obligation to purchase. However, unlike Who's Who, entrants are removed if they are no longer deemed to be suitable for inclusion. [11]

Since 2014 Debrett's has published an annual list of the UK's 500 most influential people across 24 sectors. [16] In 2017 the list was published in the Saturday Telegraph Magazine. [17]

Debrett's website contains information on British tradition, etiquette, dress codes and style, and the biographical profiles of those featured in People of Today and the Debrett’s 500. [18]

In series three of the television series Downton Abbey , Lady Cora Grantham mentions Debrett's in jest when defending the choice of her late daughter, Sybil, to have her daughter baptised as Catholic.

There was a storyline in Doonesbury where Zonker had a large cash windfall with which he planned to purchase a British peerage. To prepare for his new role, he had a friend quiz him from Debrett's, to great comic effect.

In Brideshead Revisited by Evelyn Waugh, Sebastian says to Charles on defending his not letting Charles meet his family when they visit Brideshead the first time together, "You don't know what you've been saved. There are lots of us. Look them up in Debrett."

In Montague Rhodes James' The Residence at Whitminster, Uncle Oldys draws his information about the (spooking) viscount of Kildonan from Debrett's Peerage: "It's all in Debrett's – two little fat books".

John Debrett (8 January 1753 – 15 November 1822) was the London-born son of Jean Louys de Bret, a French cook of Huguenot extraction and his wife Rachel Panchaud. As a boy of thirteen, John Debrett was apprenticed to a Piccadilly bookseller and publisher, Robert Davis. He remained there until 1780, when he moved across Piccadilly to work for John Almon, bookseller and stationer. John Almon edited and published his first edition of The New Peerage in 1769, and went on to produce at least three further editions. By 1790 he had passed the editorship on to John Debrett who, in 1802, put his name to the two small volumes that made up The Correct Peerage of England, Scotland and Ireland. Despite twice being declared bankrupt, Debrett continued as a bookseller and editor of the Peerage; the last edition edited by him was the 15th edition, which was published in 1823. He was found dead at his lodgings on 15 November 1822, and was buried at St James's Church, Piccadilly. [19]

John Debrett married on 27 April 1787 in Piccadilly to Sophia Granger (1762–1833), daughter of Captain John Granger and Sophia Spencley. They had six children, none of whom followed their father into the book trade although Sophia did work with her husband and at one point ran the business herself. [20] 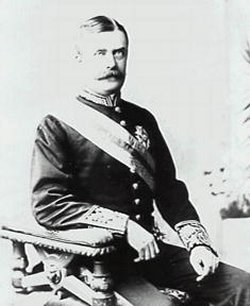 Burke's Peerage Limited is a British genealogical publisher founded in 1826, when Irish genealogist John Burke began releasing books devoted to the ancestry and heraldry of the peerage, baronetage, knightage and landed gentry of the United Kingdom. His first publication, a Genealogical and Heraldic Dictionary of the Peerage and Baronetage of the United Kingdom, was updated sporadically until 1847, when the company began releasing new editions every year as Burke's Peerage, Baronetage and Knightage.

The Kennaway Baronetcy of Hyderabad in the East Indies, is a title in the Baronetage of Great Britain. It was created on 25 February 1791 for John Kennaway (1758–1836), British Resident at the Court of Nizam Ali Khan, Asaf Jah II, Nizam of Hyderabad, in recognition of his part in the negotiation of the 1790 alliance between the Nizam and the East India Company against Tipoo Sultan. The second Baronet was High Sheriff of Devon in 1866. The third Baronet was a Conservative politician. 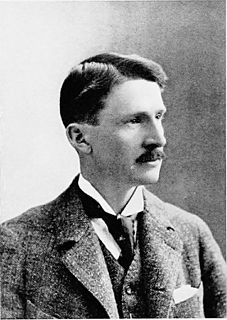 Andrew Cunningham McLaughlin was an American historian known as an authority on U.S. Constitutional history.

Francis Needham, 1st Earl of Kilmorey, known as Francis Needham until 1818 and as The Viscount Kilmorey from 1818 to 1822, was an Anglo-Irish soldier and Member of Parliament.

Charles Gordon Mosley FRSA was a British genealogist who was among the foremost experts on British nobility. He was an author, broadcaster, editor, and publisher, best known for having been Editor-in-Chief of Burke's Peerage & Baronetage —its first update since 1970—and of the re-titled 107th edition, Burke's Peerage, Baronetage & Knightage (2003).

John Debrett was an English publisher and compiler. His name has become associated with reference books.

John Stockdale was an English publisher whose London shop became a salon for the political classes and who had to face two actions for defamation. One by the House of Commons became a cause célèbre and resulted in an important change in the law.

Moses (1819–1836) was a British Thoroughbred racehorse and sire. In a career that lasted from April 1822 to May 1823 he ran five times and won four races. In 1822, when three years old, he won all three of his races and became the second of six colts owned by members of the British Royal Family to win The Derby. His subsequent career was restricted by injuries and he was retired after sustaining his only defeat. He had limited success as a sire of winners and was exported to Germany in 1830.

Tiresias (1816–1837) was a British Thoroughbred racehorse and sire. In a career that lasted from April 1819 to July 1820 he ran thirteen times, all but two of them at Newmarket and won eleven races. Both of his defeats came when he was attempting to concede weight to opponents in match races. His most important win came in May 1819 when he won the Derby. Tiresias's racing career was ended by injury in the summer of 1820, after which he was retired to stud.

The Very Rev George Markham, DD served as Dean of York from 1802 and Rector of Stokesley until his death.

Most Prime Ministers of the United Kingdom have enjoyed the right to display coats of arms and to this day, prime ministers can have their ancestral arms approved, or new armorial bearings granted, either by the College of Arms or the Lyon Court.

Emma Cust, Countess Brownlow,, formerly Lady Emma Sophia Edgcumbe, was the third wife of John Cust, 1st Earl Brownlow. The couple had no children, although the earl had children from his two previous marriages.