listen )) is a municipality and a city in the Netherlands, in the province of North Holland. Den Helder occupies the northernmost point of the North Holland peninsula. It is home to the country's main naval base. From here the Royal TESO ferryboat service operates the transportation link between Den Helder and the nearby Dutch Wadden island of Texel to the north.

Before the year 1928 the official name of Den Helder was Helder. The origin of the name Helder is not entirely clear. The name Helder may have come from Helle/Helde, which means "hill" or "hilly grounds", or from Helre, which means a sandy ridge. Another explanation is that the name derived from Helsdeur (Hell's Door), likely because in the water between Den Helder and Texel (called Marsdiep) the current was so strong that many ships were lost.

Huisduinen was the original older part of the city, whereas Helder itself was a nearby smaller hamlet. When a harbour was built near Helder the village began to grow and later became the seat of governance instead of Huisduinen. Due to its strategic location at the tip of the North Holland peninsula, multiple fortifications were built in the area.

Den Helder has played an important part in Dutch shipping. During the Dutch Golden Age, ships would be assembled near Den Helder and sail the world's oceans from there.

During the 1820s, the North Holland Canal was dug from Amsterdam to Den Helder. The lighthouse Lange Jaap was built in 1877 and is the tallest cast-iron lighthouse in Europe, at 63.45 meters (208.2 ft). In the Second World War most of the city was evacuated and the old city center was destroyed.

Den Helder is on the tip of a lowland peninsula jutting out into the North Sea Because of this, Den Helder's climate is heavily moderated by the maritime environment. Also, Den Helder is one of the sunniest cities in the Netherlands. [6]

The municipality of Den Helder consists of the following cities, towns, villages and/or districts: Den Helder, Huisduinen, Julianadorp, and the hamlets Friese Buurt and De Kooy. Den Helder was the site of a naval base as early as the 18th century. An Anglo-Russian invasion force landed at Den Helder in August 1799 and captured the Batavian navy there (see Battle of Castricum). French emperor Napoleon Bonaparte, visiting Den Helder in 1811, was impressed with the town's strategic location and ordered the construction of a fort (Kijkduin) and naval dockyards (Willemsoord). The docks were built during the years 1813–1827. In 1947, it officially became the Royal Netherlands Navy's main centre of operations. Den Helder continues to be the navy's main base today. The Royal Netherlands Naval College is also located in the city, as is the Dutch Navy Museum.

The old naval dockyards of Willemsoord, located in the north of the city, now house restaurants, a cinema, and other recreational facilities. The naval docks and administration have been moved to a new location further east.

The town is served by two railway stations:

Den Helder can be reached by these main roads:

These roads all have only two lanes. There is no highway leading to Den Helder.

The municipal council of Den Helder consists of 31 seats, which are divided as follows (after some changes, in parentheses the result of the 2018 elections): 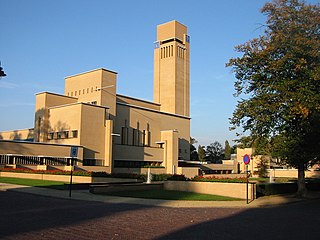 Hilversum is a city and municipality in the province of North Holland, Netherlands. Located in the heart of the Gooi, it is the largest urban centre in that area. It is surrounded by heathland, woods, meadows, lakes, and smaller towns. Hilversum is part of the Randstad, one of the largest conurbations in Europe, and the Amsterdam metropolitan area. 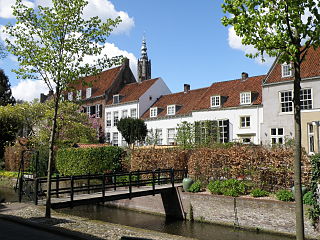 Amersfoort[ˈaːmərsfoːrt](listen) is a city and municipality in the province of Utrecht, Netherlands and is situated at the eastern edge of the Randstad. As of 1 January 2019, the municipality had a population of 156,286, making it the second-largest of the province and fifteenth-largest of the country. Amersfoort is also one of the largest Dutch railway junctions with its three stations—Amersfoort Centraal, Schothorst and Vathorst—due to its location on two of the Netherlands' main east to west and north to south railway lines. The city was used during the 1928 Summer Olympics as a venue for the modern pentathlon events. Amersfoort marked its 750th anniversary as a city in 2009. 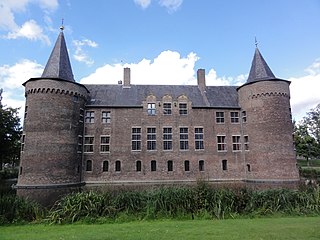 Helmond is a municipality and a city in the Metropoolregio Eindhoven of the province of North Brabant in the southern Netherlands.

Hoogeveen[ˌɦoːɣəˈveːn](listen) is a municipality and a town in the northeastern Netherlands. 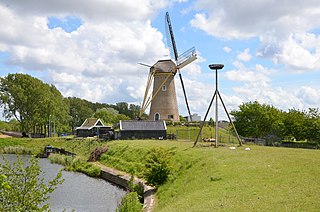 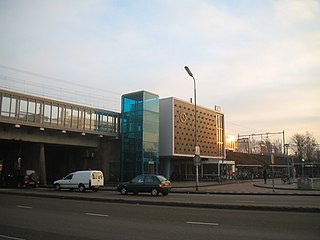 Heemstede[ˈɦeːmsteːdə](listen) is a municipality and a town in the Netherlands, in the province of North Holland.

Texel is a municipality and an island with a population of 13,643 in North Holland, Netherlands. It is the largest and most populated island of the West Frisian Islands in the Wadden Sea. The island is situated north of Den Helder, northeast of Noorderhaaks, and southwest of Vlieland.

Hellevoetsluis is a small city and municipality in the western Netherlands. It is located in Voorne-Putten, South Holland. The municipality covers an area of 61.20 km2 (23.63 sq mi) of which 20.10 km2 (7.76 sq mi) is water and it includes the population centres Nieuw-Helvoet, Nieuwenhoorn, and Oude en Nieuwe Struiten, all former municipalities. 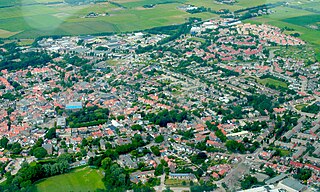 Den Burg is a town in the Dutch province of North Holland. It is a part of the municipality of Texel on the island of the same name, and lies about 12 km north of Den Helder.

Huisduinen is a village in the Dutch province of North Holland. It is a part of the municipality of Den Helder, and lies about 2 km west of Den Helder. 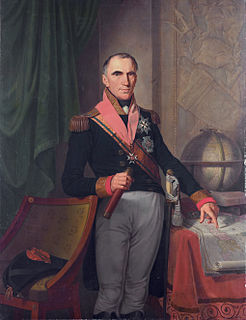 Willemsoord is a large former Naval base of the Royal Netherlands Navy in Den Helder. It is now connected to the city center of Den Helder, and focuses on entertainment and tourism.

O 12 was a O 12-class submarine of the Royal Netherlands Navy. Built at Koninklijke Maatschappij De Schelde in Vlissingen, it was launched in 1930 but was unable to take part in military action during World War II. After being scuttled by the Dutch Navy, it was raised by Nazi Germany's Kriegsmarine and taken into service as UD-2, and then scuttled again.

The Capture of the Dutch fleet at Den Helder on the night of 23 January 1795 presents a rare occurrence of a tactical interaction between warships and cavalry, in which a French Revolutionary Hussar regiment surrounded a Dutch fleet frozen at anchor between the 3 kilometres (1.9 mi) stretch of sea that separates the mainland port of Den Helder and the island of Texel. After a charge across the frozen Zuiderzee, the French cavalry captured all 14 Dutch warships lying at anchor. A capture of ships by horsemen is an extremely rare feat in military history. 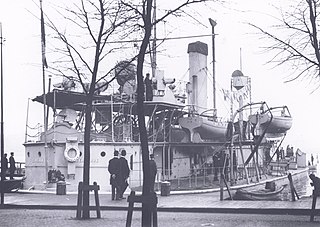 HNLMS Cerberus, was a Heiligerlee-class monitor built in Amsterdam for the Royal Netherlands Navy in the 1860s. Cerberus was a true monitor: a ship with shallow draught, only a few (heavy) guns and decent armor. These characteristics made her very suitable to operate way inland in the Dutch delta.

Abraham Johannes de Smit van den Broecke (Aardenburg, 13 May 1801 - Oost-Souburg, was a career officer of the Royal Dutch Navy and a conservative minister for the navy. 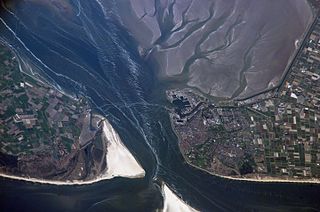 Nieuwediep was a canal and harbor. In about 1800 the major naval base Willemsoord was constructed west of it, soon followed by a major commercial port. After World War II, Nieuwe Haven Naval Base was built on reclaimed land east of the Nieuwediep, and the Nieuwdiep's source and mouth were dammed off.