Gaëtan Dugas was a Québécois Canadian flight attendant and a relatively early HIV patient who once was widely regarded as "Patient Zero," or the primary case for AIDS in the United States. 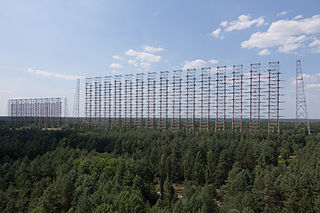 Duga was a Soviet over-the-horizon radar (OTH) system used as part of the Soviet missile defense early-warning radar network. The system operated from July 1976 to December 1989. Two operational Duga radars were deployed, one near Chernobyl and Chernihiv in the Ukrainian SSR, the other in eastern Siberia.

Andrej Martin is a Slovak professional tennis player who mainly plays on the ATP Challenger Tour. He achieved a career-high ATP singles ranking of World No. 98 in July 2016 following runs to the third round of the French Open and the final of Umag.

Miroslav Duga is a Slovak footballer who plays as a defender for the Corgoň Liga club TJ Spartak Myjava.

Denis Clemente is a Puerto Rican professional basketball player with BK Bemaco SPU Nitra of the Slovak Basketball Association, he played collegiately in the United States with the Kansas State University Wildcats, which he graduated from in 2010. He is a 6'1, 175 pound combo guard. Clemente led Kansas State to the elite 8 round of the 2010 NCAA men's basketball tournament before losing to the Butler Bulldogs. Clemente entered the 2010 NBA Draft but went undrafted. He played in the NBA Summer League with the Charlotte Bobcats but was cut prior to training camp. He is the second cousin of Major League Baseball Hall of Fame player Roberto Clemente. In December 2010 he signed with Greek club Maroussi BC. In September 2011 he signed with Slovak club BK Bemaco SPU Nitra. In 2011 he was selected Rookie of the Year in Puerto Rico's Professional league. He is playing on Mineros de Zacatecas in the LNBP of México in the 2019-2020 season.

Denis Vavro is a Slovak professional footballer who plays as a centre-back for Lazio in Serie A and the Slovakia national team.

Taylor Brooks Dugas is an American professional baseball outfielder and assistant baseball coach at Northwestern State University. Prior to playing professionally, Dugas played college baseball for the Alabama Crimson Tide, where he set numerous offensive records. Dugas was promoted to the major leagues by the New York Yankees but did not appear in a major league game, making him a phantom ballplayer.

Denis Švec is a Slovak football defender who currently plays for FK Dubnica in the 3. liga.

Denis Jančo is a Slovak footballer who currently plays for FC ŠTK 1914 Šamorín as a midfielder.

Erik Prekop is a Slovak football forward who currently plays for FC Hradec Králové. He was previously loaned to lower division teams. 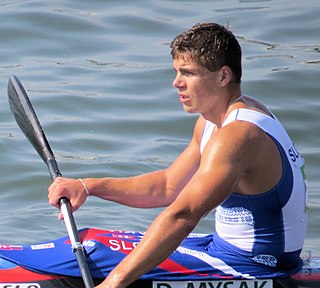 Dugas is a populated place situated in Yavapai County, Arizona. It has an estimated elevation of 3,937 feet (1,200 m) above sea level.

Denis Chudý is a Slovak professional footballer who plays for AS Trenčín as a goalkeeper.

Denis Potoma is a professional Slovak footballer who plys as an attacking midfielder for iClinic Sereď, in the Fortuna Liga, on loan from Slovan Bratislava.

Dominik Veselovský is a Slovak footballer who plays for ŠTK Šamorín in 2. Liga, on loan from DAC Dunajská Streda, as an attacking midfielder.

Šimon Horniak is a Slovak footballer who plays for Senica as a defender.

The 2020–21 Slovak First Football League is the 28th season of first-tier football league in Slovakia since its establishment in 1993. ŠK Slovan Bratislava are the defending champions, having won their 10th Slovak league title in the previous season.

Adam Mihálik is a professional Slovak footballer who currently plays for ViOn Zlaté Moravce as a midfielder.