Dennis Webster DeConcini /ˌdiːkənˈsiːni/ (born May 8, 1937) is an American lawyer, philanthropist, politician and former Democratic U.S. Senator from Arizona. The son of former Arizona Supreme Court Judge Evo Anton DeConcini, he represented Arizona in the United States Senate from 1977 until 1995. After his re-election in 1988, no Arizona Democrats were elected to the United States Senate for 30 years until Kyrsten Sinema in 2018. 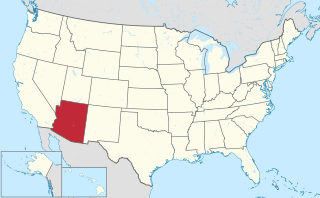 Evo Anton DeConcini was Attorney General of Arizona, and a Justice of the Arizona Supreme Court from 1949 to 1953.

DeConcini was born in Tucson, Arizona, the son of Ora (née Webster) and Evo Anton DeConcini. [1]

His father was Judge on the Arizona State Superior Court for 10 years, then served as the Arizona Attorney General for one two-year term from 1948-49 before being appointed to the Arizona State Supreme Court where he served as a Judge for four years from 1949–53. DeConcini received his bachelor's degree from the University of Arizona in 1959, and his LLB from the University of Arizona in 1963. He then worked as a lawyer for the Arizona Governor's staff from 1965-67. Dennis DeConcini rejoined the law firm of DeConcini McDonald Yetwin and Lacy, which he and his father had co-founded in 1968, after leaving the Senate in 1995. [2] [3] 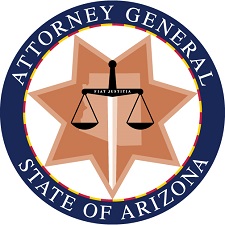 The Arizona Attorney General is the chief legal officer of the state of Arizona, in the United States. This state officer is the head of the Arizona Department of Law, more commonly known as the Arizona Attorney General’s Office. The state attorney general is a constitutionally-established officer, elected by the people of the state to a four-year term. The state attorney general is second in the line of succession to the office of Governor of Arizona. 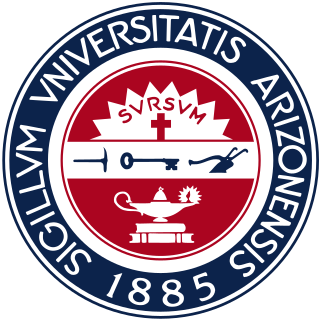 He is a member of the advisory council of the Victims of Communism Memorial Foundation. [4]

The Victims of Communism Memorial Foundation is a non-profit educational organization in the United States, authorized by a unanimous Act of Congress in 1993 for the purpose of educating Americans about the ideology, history and legacy of communism. The foundation was responsible for building the Victims of Communism Memorial in Washington, D.C. It is a member of the Platform of European Memory and Conscience.

DeConcini served one elected term as Pima County, Arizona Attorney (1973–1976), the chief prosecutor and civil attorney for the county and school districts within the county. [3] 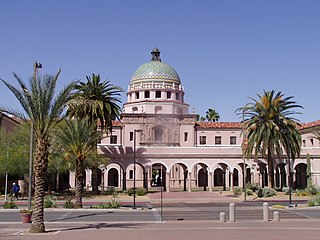 He was elected to the U.S. Senate in 1976 as a Democrat, defeated Republican Representative Sam Steiger for the open seat left by retiring Republican Senator Paul Fannin. DeConcini served three terms (1976-1994) in the Senate. 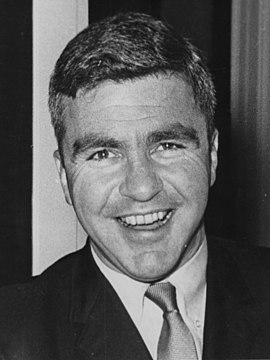 Samuel Steiger was an American politician, journalist, political pundit. He served five terms as a member of the U.S. House of Representatives, two terms in the Arizona State Senate, and one term as mayor of Prescott, Arizona. Steiger also made an unsuccessful run for the U.S. Senate, served as a special assistant to Arizona Governor Evan Mecham, and hosted political talk shows on both radio and television. Despite these accomplishments, Steiger is best known for two incidents: The first, while he was a sitting Congressman, was the 1975 killing of two burros. The second was painting a crosswalk between Prescott's courthouse and nearby Whiskey Row.

DeConcini sponsored an amendment (the DeConcini Reservation) to the Panama Canal Treaty of 1977 which allows the United States "to take such steps as each [the U.S. or Panama] deems necessary, in accordance with its constitutional processes, including the use of military force in the Republic of Panama, to reopen the Canal or restore the operations of the Canal, as the case may be."

DeConcini was widely noted as a member of the Keating Five in a banking and political contribution ethics investigation during the 1980s which grew out of the U.S. Savings and Loan Crisis. The Senate investigation involved Charles Keating and Lincoln Savings/Continental Homes, the sixth largest employer in the state of Arizona at the time. The Senate Ethics Committee looked into the actions of five United States Senators in relation to their actions connected with Charles Keating and concluded that Senators DeConcini, McCain, Glenn and Riegle "broke no laws or Senate ethics rules, but were aggressive in their actions on behalf of Charles Keating." DeConcini did not run for a fourth term.

In February 1995 DeConcini was appointed by President Bill Clinton to the Board of Directors of the Federal Home Loan Mortgage Corporation (Freddie Mac), where he served until May 1999. [8] [9] [10]

In 2006, he and former Del E. Webb Construction Company President Anne Mariucci were selected by Governor of Arizona Janet Napolitano to sit on the Arizona Board of Regents. [11]

DeConcini's congressional papers are held at the University of Arizona Libraries, Special Collections.

DeConcini served on the board of directors of the Corrections Corporation of America (now known as CoreCivic) from 2008 to 2014. [12] Starting in 2010, some individuals protested his membership on the board, saying his involvement is "not suitable for a public figure like DeConcini." Although he claims he has not lobbied for harsher immigration laws and sentencing practices, he admits meetings with the Arizona Department of Corrections Director Chuck Ryan and "publicly speaking in favor of" for-profit prisons. [13] [14] [15]

It was alleged that, in 1979, DeConcini had insider knowledge about the proposed route of the Central Arizona Project and that he used this knowledge to purchase land that he resold six years later to the federal government for a gain of almost $1,000,000. [16] [17]

DeConcini is a member of the Board of Directors of the International Centre for Missing & Exploited Children (ICMEC), a global nonprofit organization that combats child sexual exploitation, child pornography, and child abduction. [18] 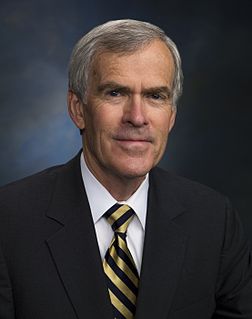 Jesse Francis “Jeff” Bingaman Jr. is an American politician who served as a United States Senator from New Mexico from 1983 to 2013. He is a member of the Democratic Party, and served as Chairman of Committee Outreach for the Senate Democratic Caucus. Previously, Bingaman was Attorney General of New Mexico from 1979 to 1983. On February 18, 2011, he announced that he would not seek reelection in 2012. He was replaced by fellow Democrat Martin Heinrich. After he left the Senate, he returned to his alma mater, Stanford Law School, as a fellow of their Steyer–Taylor Center for Energy Policy and Finance. 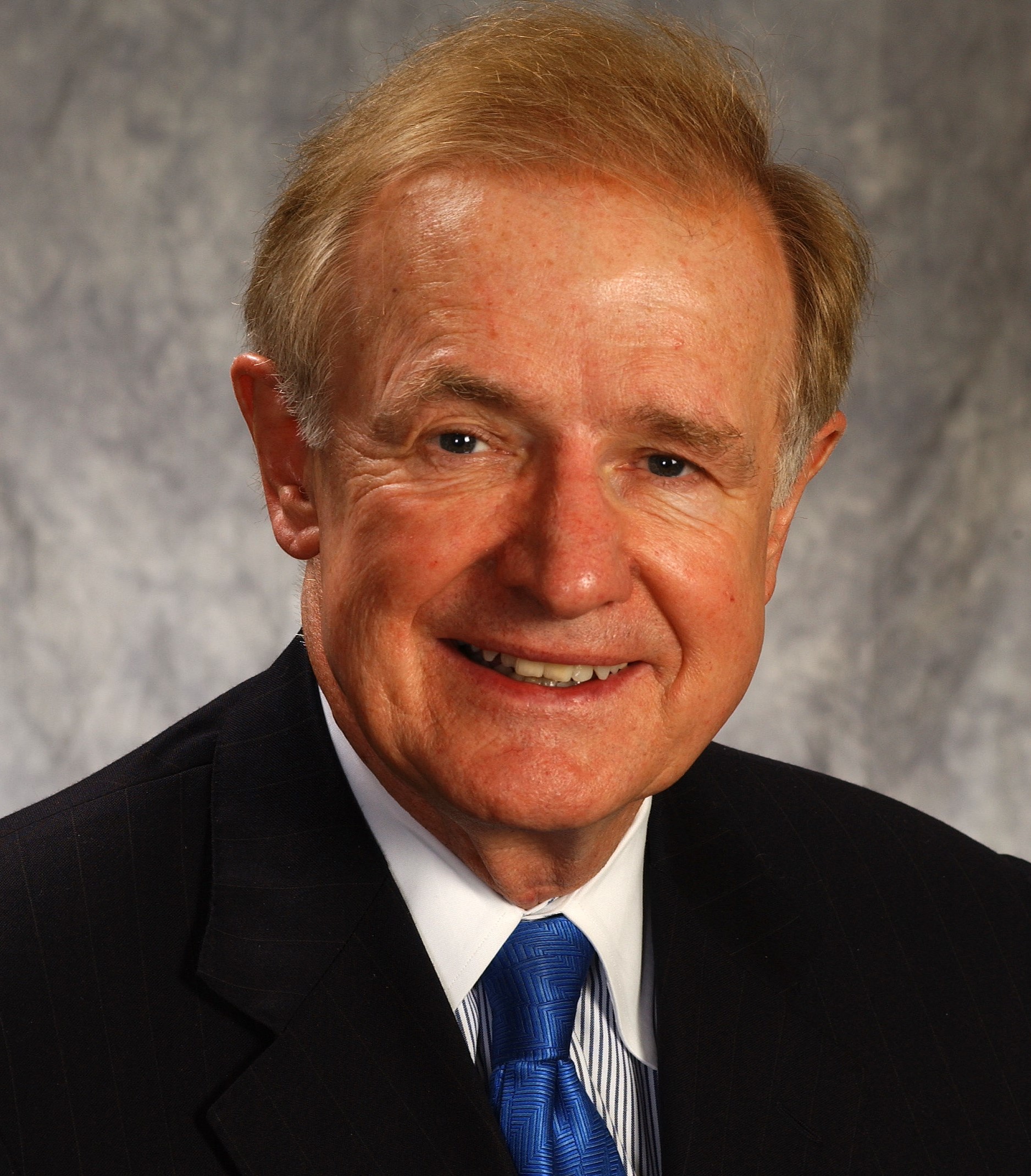 Donald Wayne Riegle Jr. is an American politician, author and businessman from Michigan, who served for five terms as a Representative and for three terms as a Senator in the U.S. Congress. 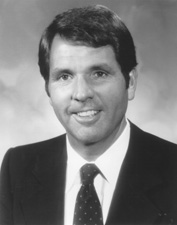 Steven Douglas Symms is a former Republican politician from the U.S. state of Idaho. He served as a four-term congressman (1973–81) and two-term U.S. Senator (1981–93). He took conservative stances on significant issues. He is currently a partner at Parry, Romani, DeConcini & Symms, a lobbying firm in Washington, D.C. 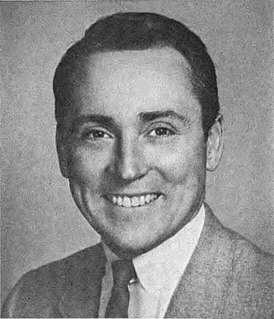 John Bertrand Conlan is a retired U.S. lawyer and Republican politician. He served as a State Senator from 1965 to 1972 and as a United States Representative from Arizona from 1973 to 1977.

James E. Rogers College of Law is the law school at the University of Arizona located in Tucson, Arizona and was the first law school founded in the State of Arizona, opening its doors in 1915. Also known as University of Arizona College of Law, it was renamed in 1999 in honor of broadcasting executive James E. Rogers, a 1962 graduate of the school, and chairman of Sunbelt Communications Company based in Las Vegas, Nevada.

The Pascua Yaqui Tribe is a federally recognized tribe of Yaqui Native Americans in southern Arizona.

The 2008 United States Senate election in Oklahoma was held on November 4, 2008. The statewide primary election was held July 29, with the run-off on August 26. Incumbent Republican U.S. Senator James Inhofe won re-election to a third term.

John Sidney McCain III retired from the United States Navy in April 1981. His last four years in the service had been spent as the Navy's liaison to the United States Senate. He moved to Arizona with his new wife and, aided by a job from his father-in-law and the contacts it gave him, soon began a new career in politics.

Timothy S. Bee is a Republican politician and business owner who served in the Arizona State Senate from 2001 through 2008. He was first elected to the Arizona Senate in 2001 and left in 2009 due to term limits. In 2008, he was the Republican candidate for Arizona's 8th congressional district seat in the United States House of Representatives. He lost to incumbent Democrat Gabrielle Giffords. Arizona Governor Jan Brewer later appointed him to head her Tucson office. 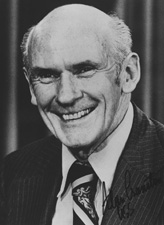 The Keating Five were five United States Senators accused of corruption in 1989, igniting a major political scandal as part of the larger savings and loan crisis of the late 1980s and early 1990s. The five senators—Alan Cranston, Dennis DeConcini, John Glenn, John McCain, and Donald W. Riegle, Jr. —were accused of improperly intervening in 1987 on behalf of Charles H. Keating, Jr., Chairman of the Lincoln Savings and Loan Association, which was the target of a regulatory investigation by the Federal Home Loan Bank Board (FHLBB). The FHLBB subsequently backed off taking action against Lincoln. 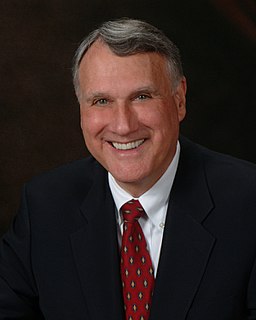 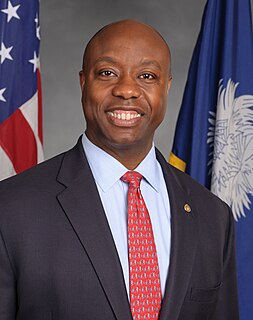 Timothy Eugene Scott is an American politician and businessman serving as the junior United States Senator from South Carolina since 2013. Appointed by Governor Nikki Haley to replace the retiring Jim DeMint, he later won a special election in 2014 and was elected to a full term in 2016. A member of the Republican Party, Scott was endorsed for the Senate by Tea Party groups.

John Dougherty is an American freelance investigative journalist. Subjects he has reported on include: the Keating Five scandal and the S&L crisis, Arizona Governor Fife Symington III, the FLDS Church and its leader Warren Jeffs, and Maricopa County Sheriff Joe Arpaio. In 2010, he ran as a Democratic candidate for U.S. Senate in Arizona. 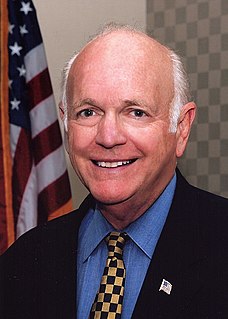 The 1988 United States Senate election in Arizona took place on November 8, 1988. Incumbent Democratic U.S. Senator Dennis DeConcini was reelected to a third term. This would be the last victory by a Democrat in a Senate race in Arizona until Kyrsten Sinema's victory in the 2018 election thirty years later. 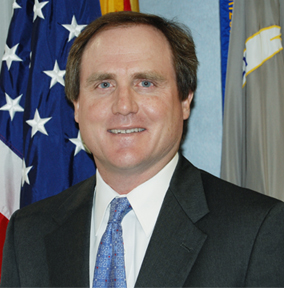 Dennis K. Burke is a former United States Attorney for the District of Arizona.

David K. Crowe is an American businessman and software engineer. He is the President of Tucson Embedded Systems, Inc.

Jerry W. Stevenson is an American politician and a Republican member of the Utah State Senate representing District 21 since his January 25, 2010 appointment to fill the vacancy caused by the resignation of Sheldon Killpack. Stevenson was mayor of Layton from 1994 until 2006.