Birdsall was born in Wakefield, Yorkshire, in 1934 and attended The King's School, Pontefract, Wakefield College of Art and Central School of Arts and Crafts in London. [1] "At Central, Birdsall came under the influence of Anthony Froshaug, who – alongside Herbert Spencer and Edward Wright – taught his students the difference between beautiful lettering and typography proper, with its pre-eminent concerns of clarity, directness and, above all, textual legibility." Birdsall failed to earn a diploma, however, and began his career in design in the late 1950s and early 1960s.

Wakefield College is a Further Education and Higher Education College in Wakefield, West Yorkshire, England. It has provided education in the city since 1868.

Anthony Froshaug (1920–84) was an English typographer, designer and teacher, born in London to a Norwegian father and English mother.

Herbert Spencer was a British designer, editor, writer, photographer and teacher. He was born in London.

Birdsall's career and fame were built on a variety of designs and commissions. During his long career—among much other work—Birdsall designed Penguin book covers and Pirelli calendars; he art-directed several magazines (including Nova and Mobil Oil's Pegasus; and he designed books for the Yale Center for British Art, the Tate, the V&A and the British Council and redesigned the Book of Common Prayer in 2000.

Penguin Books is a British publishing house. It was co-founded in 1935 by Sir Allen Lane, his brothers Richard and John, as a line of the publishers The Bodley Head, only becoming a separate company the following year. Penguin revolutionised publishing in the 1930s through its inexpensive paperbacks, sold through Woolworths and other high street stores for sixpence, bringing high-quality paperback fiction and non-fiction to the mass market. Penguin's success demonstrated that large audiences existed for serious books. Penguin also had a significant impact on public debate in Britain, through its books on British culture, politics, the arts, and science.

Pirelli & C. S.p.A. is a multinational company based in Milan, Italy, listed on the Milan Stock Exchange since 1922, with a temporary privatization period by the consortium led by the Chinese state-owned enterprise ChemChina. The company is the 5th largest tyre manufacturer behind Bridgestone, Michelin, Continental and Goodyear, and is focused on the consumer business. It is present in Europe, Apac, Latam, Meai, Nafta and C.I.S., operating commercially in over 160 countries. It has 19 manufacturing sites in 13 countries and a network of around 14,600 distributors and retailers.

Nova, published from March 1965 to October 1975, was a thoughtful glossy title that created its own unique niche in the British consumer magazine market at the very moment when women's hemlines rose six inches above the knee. It has been described as "a politically radical, beautifully designed, intellectual women's magazine. In 1965 Nova discussed sex and the Pill, and epitomised the sophistication of London with its bold type and white space." For its day, Nova's agenda of journalistically taboo subjects included contraception, abortion, cancer, race, homosexuality, divorce and royal affairs, invariably boosted by stylish and provocative cover images, making it a rarity among magazines. It was Nova's courageous second editor, Dennis Hackett, together with visionary art director Harri Peccinotti, who swiftly established their magazine as an influential must-read for the movers and shakers of Swinging London, with men as well as the original target audience of women becoming devotees of its heady mixture of social issues and cutting-edge fashion and modern lifestyle features.

Alongside his practice in design, Birdsall also taught design at the Royal College of Art beginning in 1987. [1] Birdsall was the author of Notes On Book Design, published by Yale University Press in 2004.

The Royal College of Art (RCA) is a public research university in London, United Kingdom. The only entirely postgraduate art and design university in the world, it offers postgraduate degrees in art and design to students from over 60 countries. As of 2019, the RCA has placed first in the QS World University Rankings in the Art and Design subject area for five consecutive years. 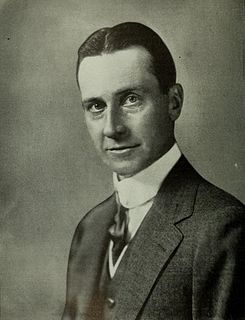 He married in 1954 and has three sons and one daughter, including actor Jesse Birdsall. His daughter Elsa has followed him into the design industry.

Jesse Birdsall is an English actor, known for his role as Marcus Tandy in the BBC1 soap opera Eldorado, his role in the adventure series Bugs (1995–1999) as Nick Beckett, his role in "Footballers' Wives" as football manager Roger Webb between 2004 and 2006, and his role as Fraser Black in Hollyoaks. 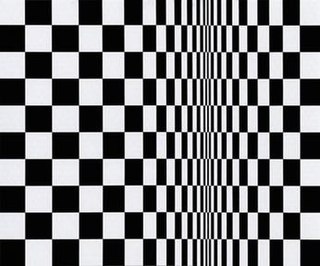 Op art, short for optical art, is a style of visual art that uses optical illusions.

Matthew Carter is a British type designer. A 2005 New Yorker profile described him as 'the most widely read man in the world' by considering the amount of text set in his commonly used fonts.

Paul Rand was an American art director and graphic designer, best known for his corporate logo designs, including the logos for IBM, UPS, Enron, Morningstar, Inc., Westinghouse, ABC, and NeXT. He was one of the first American commercial artists to embrace and practice the Swiss Style of graphic design.

Janna J. Levin is an American theoretical cosmologist and an associate professor of physics and astronomy at Barnard College. She earned a PhD in theoretical physics at the Massachusetts Institute of Technology in 1993, and a Bachelor of Science in astronomy and physics with a concentration in philosophy at Barnard College in 1988, where she graduated Phi Beta Kappa. Much of her work deals with looking for evidence to support the proposal that our universe might be finite in size due to its having a nontrivial topology. Other work includes black holes and chaos theory. She joined the faculty at Barnard College in January 2004 and is currently the recipient Tow Professor grant.

Ronald Brooks Kitaj was an American artist with Jewish roots who spent much of his life in England.

Derek Meddings was a British film and television special effects designer, initially noted for his work on the "Supermarionation" TV puppet series produced by Gerry Anderson, and later for the 1970s and 1980s James Bond and Superman film series. 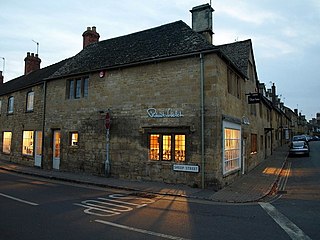 Alan Gerard Fletcher was a British graphic designer. In his obituary, he was described by The Daily Telegraph as "the most highly regarded graphic designer of his generation, and probably one of the most prolific".

Derek Boshier is an English pop artist who works in various media including painting, drawing, collage, photography, film and sculpture.

Anne Ryan Haney, née Thomas, was an American actress of stage and screen, perhaps best known for her roles as social worker Mrs. Sellner in Mrs. Doubtfire and Greta the secretary in Liar Liar.

Colin Banks was a British designer who co-founded Banks & Miles, designers and typographers, in London in 1958 with John Miles. Major clients of the partnership included the Consumers' Association, the Post Office, British Telecom and London Transport, for whom they redesigned Edward Johnston's famous "Underground Sans" typeface, as New Johnston.

Hugh Wakefield was an English film actor, who played supporting roles. He was often seen wearing a monocle.

23 Envelope was the name given to the graphic design partnership of graphic designer Vaughan Oliver and photographer/filmmaker Nigel Grierson from 1983-1988. During this time, they created a distinct visual identity for the British independent music label 4AD through their record sleeve designs for bands such as Cocteau Twins, Dead Can Dance, and This Mortal Coil.

Jeffery Keedy, born 1957, is an American graphic designer, type designer, writer and educator. He is notable as an essayist and contributor to books and periodicals on graphic design. He is also notable for the design of Keedy Sans, a typeface acquired in the permanent collection of the Museum of Modern Art in 2011.

Gilbert Rohde (1894–1944), whose career as a furniture and industrial designer helped to define American modernism during its first phase from the late 1920s to World War II, is best known today for inaugurating modern design at Herman Miller Inc.

Marcello Minale was a world-renowned Italian designer, writer and a former international oarsman. 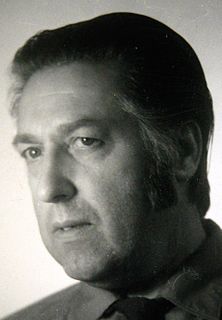 Percy Bartley Powell was a graphic designer for Great Britain from the 1940s to 1977, a professional within the graphic design and graphic arts industry. During his career he created graphics and illustrations for books, Postal Stamps, advertising and annual reports.

Byron Birdsall was an American painter. He was "one of Alaska's most renowned watercolorists" according to the Alaska Dispatch News.

Books and articles on Birdsall

Baseline magazine is a magazine devoted to typography, book arts and graphic design.