The Deutsche Bundespost (German federal post office) was a German state-run postal service and telecommunications business founded in 1947. It was initially the second largest federal employer during its time. After staff reductions in the 1980s, the staff was reduced to roughly 543,200 employees in 1985. The corporation was dissolved in 1995 under the first and second postal reforms that took place in the German Post Office. [1] [2] Following the reforms, the former Deutsche Bundespost was broken into three publicly traded corporations: Deutsche Post AG (German Post), Deutsche Telekom (German Telecom), and Deutsche Postbank AG (German Post Bank). [3]

It was created in 1947 in the Trizone as a successor to the Reichspost (German imperial post office). Between 1947 and 1950 the enterprise was called Deutsche Post (German post office). Until 1989 the Deutsche Bundespost was a state-owned operation. 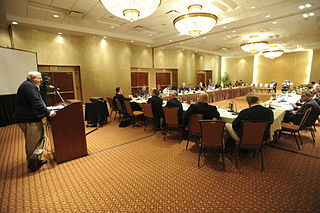 Public administration is the implementation of government policy and also an academic discipline that studies this implementation and prepares civil servants for working in the public service. As a "field of inquiry with a diverse scope" whose fundamental goal is to "advance management and policies so that government can function". Some of the various definitions which have been offered for the term are: "the management of public programs"; the "translation of politics into the reality that citizens see every day"; and "the study of government decision making, the analysis of the policies themselves, the various inputs that have produced them, and the inputs necessary to produce alternative policies."

West Germany was the informal name for what was officially the Federal Republic of Germany, a country in Central Europe, in the period between its formation on 23 May 1949 and German reunification on 3 October 1990. During this Cold War period, the western portion of Germany was part of the Western bloc. The Federal Republic was created during the Allied occupation of Germany after World War II, established from eleven states formed in the three Allied zones of occupation held by the United States, the United Kingdom and France. Its (provisional) capital was the city of Bonn. The Cold War era West Germany is sometimes retrospectively historically designated the "Bonn Republic".

The legal basis for the administrative activity of the Bundespost was the postal administration act (Postverwaltungsgesetz, abbreviated PostVwG). A central goal of public administrative policy after 1924 was financial self-sufficiency. Political goals, however, often superseded this goal. According to the PostVwG, the federal postal system was to be administered "according to the principles of the policy of the FRG, in particular trade, economic, financial and social policies" and "the interests of the German national economy."

The Deutsche Bundespost was the largest employer in the Federal Republic. In 1985 it employed 543,200 people.

The central authorities remained as described above. The divisions were privatized in the second post office reform (January 1, 1995), resulting in: [2] [3] [4]

For certain official and legal purposes (including certain financial, medical and other services for former postal civil servants), a "federal institution for post and telecommunication" (Bundesanstalt für Post und Telekommunikation) was created.

An Post is the state-owned provider of postal services in the Republic of Ireland. An Post provides a "universal postal service" to all parts of the country as a member of the Universal Postal Union. Services provided include, letter post, parcel service, deposit accounts, 'Express Post', an all-Ireland next-day delivery service, and EMS, the international express-mail service.

This is a survey of the postage stamps and postal history of the German territory of the Saar. As a border region contested between France and Germany, the Saar has a somewhat complicated philatelic history.

TAE is the German standard for telephone plugs and sockets. 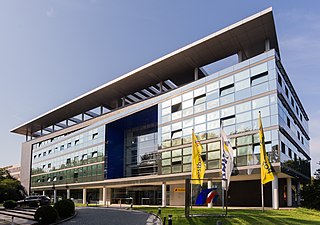 Postbank – eine Niederlassung der DB Privat- und Firmenkundenbank AG is a German retail bank, which was formed from the demerger of the postal savings division of Deutsche Bundespost in 1990. Since May 2018, it operates as a brand of Deutsche Bank's retail arm. It serves 13 million customers in around 1,000 branches and 700 advisory centers.

Postbank or Post bank may refer to any of the postal savings systems in these countries (alphabetically):

The Federal Network Agency is the German regulatory office for electricity, gas, telecommunications, post and railway markets. It is a federal government agency of the German Federal Ministry of Economics and Technology and headquartered in Bonn, Germany. 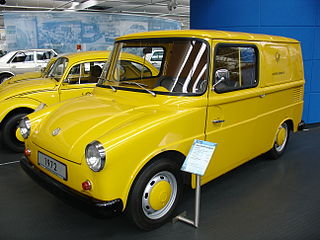 The Volkswagen Type 147 was a panel van produced by the German automaker Volkswagen Commercial Vehicles from 1964 until 1974. The van was mainly built for the purposes of the state-owned Deutsche Bundespost. 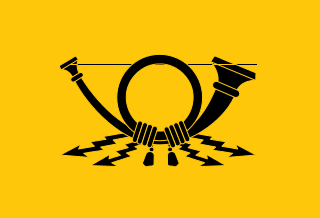 The Deutsche Bundespost Berlin was the name used on the stamps of West Berlin. It sounds similar to the name of the Western German Mail services Deutsche Bundespost and was de facto a dependency of it. De jure, it was independent and was called Landespostdirektion Berlin. The governmental agency to provide mail and telecommunication services for West Berlin. This civil service agency was in operation from 1949 until 1990.

The European Services Forum (ESF) is a lobby group of representatives from the European services sector that promote the liberalisation of international trade in services. It was created in April 1999 in order to give recommendations to the European Commission in the GATS negotiations of the World Trade Organization. Since 2012, the Forum is supporting the negotiations concerning the Trade in Services Agreement.

Telecommunications in Germany is highly developed. Germany telecommunication market has been fully liberalized since January 1, 1998. Germany is served by an extensive system of automatic telephone exchanges connected by modern networks of fiber-optic cable, coaxial cable, microwave radio relay, and a domestic satellite system; cellular telephone service is widely available, expanding rapidly, and includes roaming service to foreign countries. As a result of intensive capital expenditures since reunification, the formerly antiquated system of the eastern part of the country has been rapidly modernized to the most advanced technology. Deutsche Telekom began rolling out FTTH networks in ten cities in 2011, following the launch of pilot projects in Hennigsdorf, Braunschweig and Dresden in 2010. 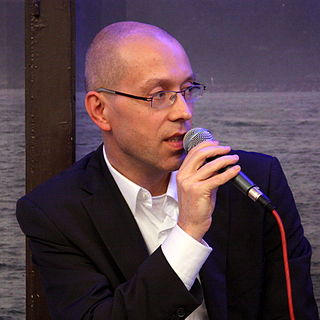 Jörg Asmussen is a German economist and politician. He previously served as State Secretary at the Federal Ministry of Labour and Social Affairs, as a member of the executive board of the European Central Bank (ECB) and as Deputy Finance Minister of Germany.

The PSD Bankengruppe is a German cooperative banking group consisting of 14 autonomous and independent financial institutions. The business model of the PSD banks is a combination of regional direct and affiliated bank. It provides retail banking services via internet, telephone, e-mail, mail and fax or at local branches, it only provides services to retail clients and does not offer banking to self-employed and businesses.