The Deutsches Filminstitut - DIF ("German Film Institute") is an institute for the study of film, based in Frankfurt am Main, Germany.

The Deutsches Filminstitut was founded on 13 April 1949 as the Deutsches Institut für Filmkunde (DIF). In 1952, the Deutsches Filmarchiv ("German Film Archive"; founded in Marburg in 1947 by Hanns Wilhelm Lavies as the Archiv für Filmwissenschaft) was set up as an autonomous department of the DIF, from which it separated again after a reorganisation in 1956. [1]

On 1 January 1959, Lavies left the DIF and was succeeded as director by Max Lippmann. Dr Theo Fürstenau became director in 1966, and in 1981 Dr. Gerd Albrecht. The director from 1 February 1997 until September 2017 was Claudia Dillmann.

On 30 October 1999, the name was officially changed to Deutsches Filminstitut - DIF. In January 2006 the organisation merged with the Deutsches Filmmuseum ("German Film Museum"), also based in Frankfurt am Main.

The Deutsches Filminstitut has one of the largest film archives in Germany and one of the most comprehensive collections of material on all aspects of cinematography and cinema.

The DIF is a founding member of the Deutscher Kinemathekenverbund ("German Union of Cinematheques").

filmarchives online is a web gateway providing easy access to moving image collections from various European film archives. It allows the search throughout a growing number of individual archival databases. Since February 2007, catalogue information on around 25.000 film works – mainly non-fiction material – is searchable in various languages – among them English, German, French, Italian, and Czech. The database is constantly growing. Where available, streaming videos and screenshots are provided with the respective film work entry.

Artur "Atze" Brauner was a German film producer and entrepreneur of Polish origin. He produced more than 300 films from 1946. 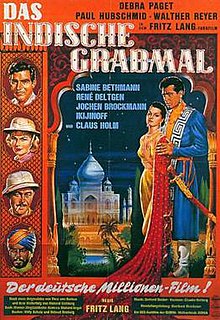 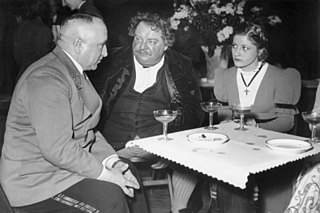 The Deutsches Filmarchiv, originally the Archiv für Filmwissenschaft, formally established in 1947, was the first film archive set up in West Germany after World War II. 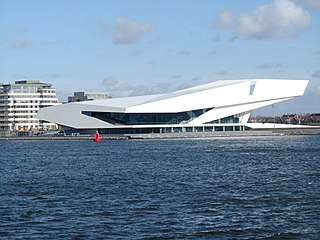 EYE Film Institute Netherlands is a film archive and museum in Amsterdam that preserves and presents both Dutch and foreign films screened in the Netherlands. The collection includes 37,000 film titles, 60,000 posters, 700,000 photographs and 20,000 books. The earliest materials date from the start of the film industry in the Netherlands in 1895. 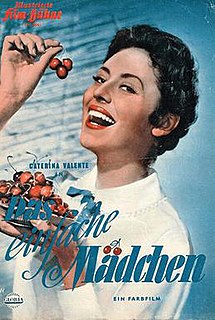 The Association of European Film Archives and Cinematheques is an affiliation of 44 European national and regional film archives founded in 1991. Its role is to safeguard the European film heritage and make this rich audiovisual records collected and preserved by the various film archives accessible to the public. ACE is a regional branch of FIAF Fédération Internationale des Archives du Film / International Federation of Film Archives. ACE members are non-profit institutions committed to the FIAF Code of Ethics.

filmportal.de is an online database of information related to German film. It includes extensive information on films and filmmakers as well as articles on film issues. The website was released on occasion of the 54th Berlin International Film Festival on 11 February 2005. filmportal.de was revised and expanded in 2011/2012.

Raimund Schelcher was a German actor with Tanzanian citizenship who appeared in over 43 films and television programs between 1939 and 1971.

Rosa Porten was a prolific German screenwriter, actor, and director during the silent film era.

The Munich Film Archive, in the Munich Stadtmuseum, is one of six film museums in Germany. It has no showrooms and is limited to screening the films in a single cinema with 165 seats, as well as collecting, archiving, and restoring film copies. All analog and digital formats can be shown. 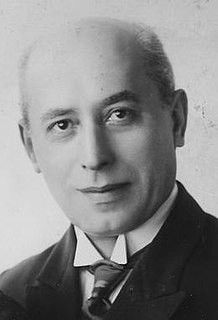 Max Nivelli was a film producer in Berlin during the Weimar Republic era. He was among the first to examine the issues of anti-Semitism and prejudice in his films. Nivelli died at an early age (48) and worked in the film industry for less than 10 years, yet he produced 19 films, most of them full-length feature films. As most films of that era, his films were silent, black-and-white and shot on celluloid. Only his last film - "Unity, Justice and Freedom", has so far been found, restored and digitized.

Oscar Martay was the person who, through his role of a film officer of the US Army, proposed the idea and used his influence to persuade the American Military to fund the Berlin International Film Festival (Berlinale) which was founded in 1951.