Devid Striesow (born 1 October 1973 [1] in Bergen auf Rügen, East Germany) is a German actor. He starred as "Sturmbannführer Herzog" (Bernhard Krüger) in Stefan Ruzowitzky's 2007 film The Counterfeiters , which was awarded the Academy Award for Best Foreign Language Film for that year.

Maria Simon is a German actress.

Distant Lights is a 2003 German film directed by Hans-Christian Schmid. The film takes place on the Polish-German border at Słubice and Frankfurt (Oder). It features an ensemble cast, and the various threads illustrate the daily life between the two countries. Its original German title is Lichter, which means "Lights".

What to Do in Case of Fire? is a German film directed by Gregor Schnitzler. It premiered in November 2001 at the German film festival Kinofest Lünen and was released to theaters in 2002. Part comedy, part action and part drama, the movie is set in contemporary Berlin and stars German action star Til Schweiger.

The Counterfeiters is a 2007 Austrian-German drama film written and directed by Stefan Ruzowitzky. It fictionalizes Operation Bernhard, a secret plan by Nazi Germany during World War II to destabilize the United Kingdom by flooding its economy with forged Bank of England pound notes. The film centres on a Jewish counterfeiter, Salomon 'Sally' Sorowitsch, who is coerced into assisting the operation at the Sachsenhausen concentration camp. 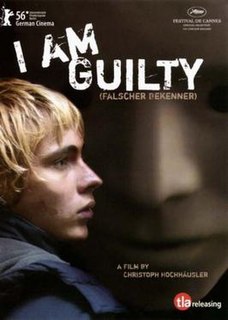 I Am Guilty is a 2005 German drama film directed by Christoph Hochhäusler. It was screened in the Un Certain Regard section at the 2005 Cannes Film Festival. 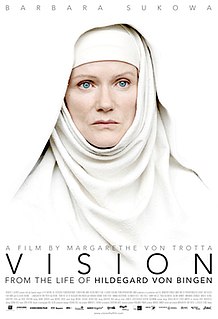 Vision is a 2009 German film directed by Margarethe von Trotta. 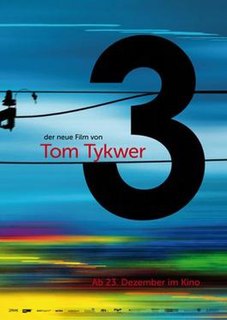 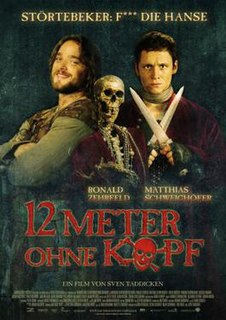 12 Paces Without a Head is a 2009 film set in the North Sea in 1401. The film centers on the German folk hero Klaus Störtebeker, who was a pirate at the time. The title comes from a legend which asserts that when he was captured by the Hanseatic League, he struck a deal with his captors that every one of his men whom he could walk past after being decapitated, would be let go. Störtebeker's body allegedly managed to make twelve paces before collapsing.

Yella is a 2007 German psychological horror-thriller film written and directed by Christian Petzold and starring Nina Hoss. The film is an unofficial remake of the 1962 American film Carnival of Souls. Yella premiered at the 57th Berlin International Film Festival where Hoss won the Silver Bear for Best Actress award.

Henri 4 is a 2010 drama film directed by Jo Baier. It is a German-French-Austrian-Spanish co-production. 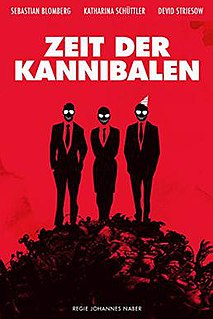 Age of Cannibals is a 2014 German drama film directed by Johannes Naber, starring Devid Striesow, Katharina Schüttler and Sebastian Blomberg. It tells the story of two business consultants who travel to impoverished and corrupt countries where they make shady business deals, never having to leave their hotels. The film is made like a chamber play with stylised and grotesque acting. Principal photography took place from 8 January to 14 February 2013. 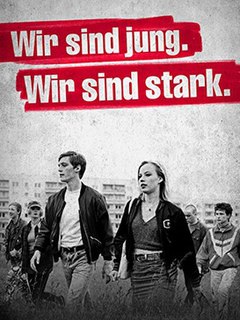 We Are Young. We Are Strong is a 2014 German drama film directed by Burhan Qurbani, a fictionalized account of the 1992 xenophobic Rostock-Lichtenhagen riots. It was one of eight films shortlisted by Germany to be their submission for the Academy Award for Best Foreign Language Film at the 88th Academy Awards, but it lost out to Labyrinth of Lies.

I'm Off Then is a 2015 German film directed by Julia von Heinz, based on the book I'm Off Then: Losing and Finding Myself on the Camino de Santiago by Hape Kerkeling.

I'm Off Then: Losing and Finding Myself on the Camino de Santiago is a book by German writer Hape Kerkeling written in 2006 and translated into English in 2009. It has sold over three million copies. It has also been translated into French, Italian, Dutch, Polish, Latvian, Spanish, Korean and Chinese.

I've Never Been Happier is a 2009 German drama film directed by Alexander Adolph.

A Decent Man is a 2015 Swiss-German drama film written and directed by Micha Lewinsky. It stars Devid Striesow, Maren Eggert and Lotte Becker. It premiered at the 2015 Zurich Film Festival and opened domestically in 2016.

This Is Love is a 2009 German drama film directed by Matthias Glasner. 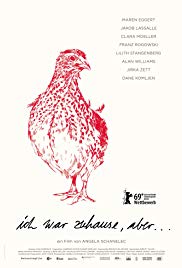