Richard Lane (May 28, 1899 – September 5, 1982) was an American actor and television announcer/presenter. In movies, he played assured, fast-talking slickers: usually press agents, policemen and detectives, sometimes swindlers and frauds. He is perhaps best known to movie fans as "Inspector Farraday" in the Boston Blackie mystery-comedies. Lane also played Faraday in the first radio version of Boston Blackie , which ran on NBC from June 23, 1944 to September 15, 1944. [1] Lane was an early arrival on television, first as a news reporter and then as a sports announcer, broadcasting wrestling and roller derby shows on KTLA-TV, mainly from the Grand Olympic Auditorium in Los Angeles. [2]

Lane was born in 1899 in Rice Lake, Wisconsin to a farm family. Early in life he developed talents for reciting poetry and doing various song-and-dance acts. [3]

By his teenage years, Lane was doing an "iron jaw" routine in circuses around Europe and worked as a drummer touring with a band in Australia. [4] After the decline of vaudeville, Lane found work in motion pictures. He started in small roles but producers and directors saw how well he handled dialogue, and he soon became one of Hollywood's busiest actors, equally skilled at drama and comedy. A shrewd businessman, Lane insisted on a two-week guarantee for every assignment. He might work for only a few days on a picture, but still be paid for the two weeks. This allowed him to accept multiple jobs weekly, and with the extra pay he soon became a seasoned investor. [5] During one six-month period Richard Lane appeared in 29 feature films. [6]

During World War II, he appeared as emcee with USO troops entertaining G.I.s. His unit appeared at Fort MacArthur in September 1944. Lane also announced for the Jalopy Derby and Destruction Derby at Ascot Park, Gardena, California.

Lane appeared in character roles in more than 150 films between 1937 and 1951. He was so firmly established as a rapid-fire sharpie that Columbia Pictures producer Jules White co-starred him with "nervous" comedian Gus Schilling for a series of two-reel slapstick comedies. Schilling and Lane were a popular team at Columbia, second only to The Three Stooges. The series ran from 1945 to 1950. [7]

Lane's only starring roles were in the Schilling and Lane shorts and a single feature film, Devil Ship (1948), in which he played tough ship's captain "Biff Brown."

Because he had been working for Paramount Pictures, Lane was able to obtain work at experimental TV station KTLA, which was owned by the studio at the time. When the station went commercial in 1947, Lane appeared before the camera as a news presenter. One of the early highlights of his career was reporting on the first atomic explosion covered by a television newscast. [8]

When KTLA agreed to broadcast wrestling matches from the Olympic Auditorium in 1946, Lane was assigned to comment on the action. He started announcing (as Dick Lane) for Roller Derby in 1951, and for Roller Games for 15 years starting in 1961. Because Lane was part of the Hollywood establishment, he gave Roller Games a measure of respectability. Announcing games for the L.A. Thunderbirds at trackside, with cigarette dangling, Lane's oversized personality became closely associated with the sport. For pro wrestling, his broadcasts featured such personalities as Gorgeous George, Mr. Moto, and Dr. Lee Grable. Contrary to popular opinion it was Lane, not former ABC sports announcer Keith Jackson, who first coined the exclamatory expression "Whoa, Nellie!" when something exciting happened in the ring or on the track. [9]

In the late 1940s, Lane became a character actor in westerns and outdoor adventures; his role as a tale-spinning windbag alongside bandleader Spade Cooley in the feature film Everybody's Dancin' won him the role of "Leather Britches" on Cooley's TV series for KTLA.

As movie production wound down after World War II, Lane devoted more of his time to television, particularly his wrestling shows. He spoke with great enthusiasm, improvising exotic names for the various wrestling holds, like "the Boston land-crab." When one wrestler pretended to bite the ear of his opponent, Lane would cry, "Meat on the table!" Another call familiar to viewers was "Wow, what action!" which invariably preceded a commercial break.

After Lane retired from television full-time in 1972, he accepted few offers for screen work; in later years he was typecast as a sports announcer. He did make a notable cameo appearance (as a roller-derby commentator) in Raquel Welch's film Kansas City Bomber . [10] In 1974 he moved to a home in the Deep Well neighborhood of Palm Springs, California. [11]

Lane was among the initial honorees on the Walk of Fame with his official ceremony date being listed as taking place on February 8, 1960. [12] Lanes's Hollywood Walk of Fame star in on the north side of the 6300 block of Hollywood Boulevard. 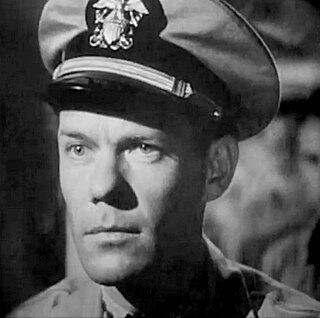 Donald Douglas was a Scottish actor in the United States who performed in films, on the stage and in radio.