Born in 1897 in Reyero, a mountain village in the province of León in northwestern Spain, Santillán emigrated with his parents at the age of eight to Argentina. When he was ten years old, he attended night school while working during the day at a variety of jobs, in particular on the railways. He returned to Spain in 1912 to study for his baccalaureate in León before entering the University of Madrid in 1915 to read philosophy and literature. After the General Strike of 1917, he was imprisoned in Madrid where he came into contact with the anarchist movement through Tomás Herreros. After release under amnesty in 1918, Santillán returned to Argentina and worked as an activist for the anarcho-syndicalist Federación Obrera Regional Argentina (FORA). He edited its weekly newspaper La Protesta.

Activism in Germany, Mexico, and Argentina

In 1922 Santillán represented FORA at the formation of the anarcho-syndicalist International Workingmen's Association (IWMA) in Berlin; while there he began to study Medicine, and came to know Elise Kater, who was to become his wife. The first of many works on the history and theory of anarchism were published at this time – Ricardo Flores Magón: Apostle of the Mexican Social Revolution and Anarchism in the Labour Movement both appeared in 1925.

In 1926 Santillán interrupted his studies to travel to Mexico, where he assisted the Confederación General de Trabajadores (CGT). Returning to Argentina, he continued his work for La Protesta, as well as for a new journal, La Antorcha, and completed The Anarchist Movement in Argentina: From Its Beginnings to 1910 (1930). In the late 1920s Santillán was a fierce opponent of the anarchist Severino Di Giovanni, whose advocation of propaganda of the deed led to a number of deaths. [2]

When, in 1930, he was condemned to death for sedition, Santillán escaped to Uruguay. From there he travelled to Spain on the proclamation of the Republic in 1931, before returning to Argentina in secrecy to continue his militant activities and writing, including The Bankruptcy of the Capitalist Economic and Political System (1932), The Ideology of FORA and Trajectory of the Revolutionary Labour Movement in Argentina (1933) and Social Reconstruction: Foundations for a New Economic Structure in Argentina (1933). But by the end of 1933, he had returned once again to Spain, settling down in Barcelona.

The following year, Santillán began work for the Federación Anarquista Ibérica (FAI), becoming, in 1935, secretary to its Peninsular Committee, and editor of Solidaridad Obrera and Tierra y Libertad; he also founded three new journals during this period: Tiempos Nuevos, Butlletí de la Conselleria d’Economia and Timón. After the Revolution in July 1936, he represented the FAI on the Comité de Milícies Antifeixistes de Catalunya, which co-ordinated the various militias in Catalonia – and which formed, in the early years of the Civil War the de facto government of Catalonia. Anarchist economic theory seems to have been foremost in his mind at this time, as shown by the appearance of The Economic Organism of the Revolution (1936), published in the name of the anarchist Confederación Nacional del Trabajo (CNT); this was later to be reissued under the title After the Revolution: Economic Reconstruction in Spain Today (1937). [1] :45

Between December 1936 and April 1937 he served as Minister of the Economy (Conseller de Economía) for the Generalitat of Catalonia, while apparently maintaining anarchist principles of free participation in politics. He was especially critical of the government and person of Juan Negrín, and denounced the crimes of the Comintern-loyal PCE (the Spanish Communist Party) in the Civil War. Two more books appeared at this time: The Revolution and the War in Spain (1938) and a bibliography of Argentine anarchist writings (1938). In April 1938, Santillán joined the National Committee of the Antifascist Popular Front, which formed from the union of the anarchist CNT and the socialist UGT – but with the defeat of the Republic by Francoist forces in 1939, returned via France to Argentina.

From this point on, Santillán lived rather more obscurely, founding several more journals, and continuing his scholarly work, including extensive collaboration on the Gran Enciclopedia Argentina, and critical analyses of the labour movement and Peronism: Why We Lost the War: A Contribution to the History of the Spanish Tragedy (1940) – later made into a film by his son, Francisco Galindo – The Crisis of Capitalism and the Mission of the Proletariat (1946), the section on Argentina in The Labour Movement: Anarchism and Socialism Vol. III (1965), Contributions to a History of the Spanish Labour Movement (1962–1971), From Alfonso XII to Franco: Notes on the Modern Political History of Spain (1974) and Strategy and Tactics: Yesterday, Today and Tomorrow (1976).

Further unpublished works, Ideas y sugestiones para una nueva estrategia revolucionaria (Ideas and Suggestions for a New Revolutionary Strategy) and Delincuencia política (Political Criminality), along with the rest of his extensive archives, are held in Amsterdam at the International Institute of Social History. 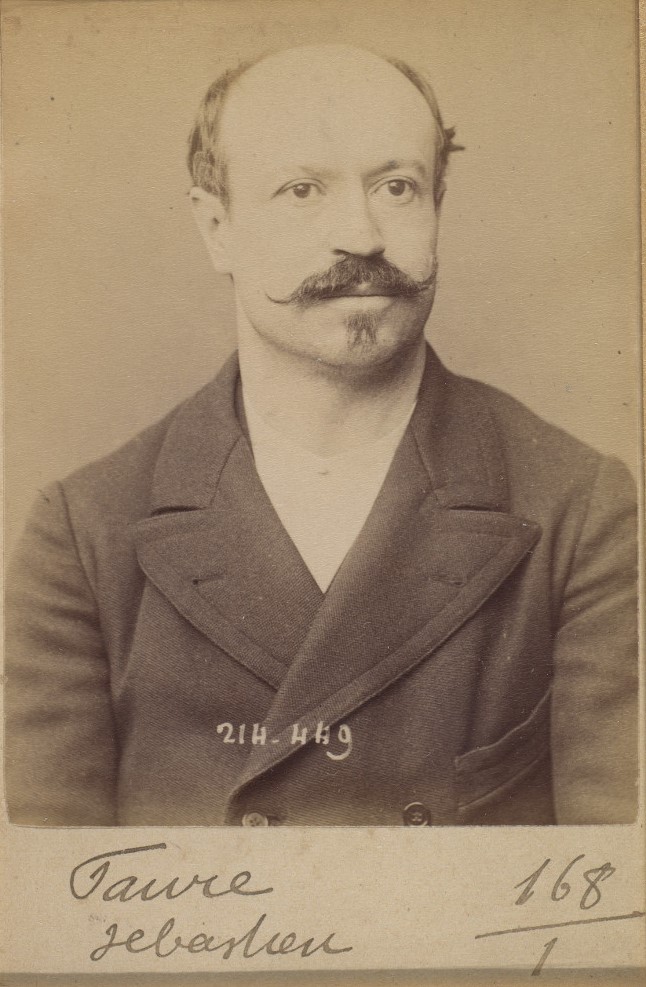 Sébastien Faure was a French anarchist, freethought and secularist activist and a principal proponent of synthesis anarchism.

Abel Paz (1921–2009) was a Spanish anarchist and historian who fought in the Spanish Civil War and wrote multiple volumes on anarchist history, including a biography of Buenaventura Durruti, an influential anarchist during the war. He kept the anarchist tradition throughout his life, including a decade in Francoist Spain's jails and multiple decades in exile in France.

Martín Fierro was an Argentine magazine published between 1904 and 1905, founded to propagate anarchist ideas. It was named after José Hernández's epic poem Martín Fierro, a touchstone of Argentine national identity, whose title character is a renegade gaucho.

Italian anarchism as a movement began primarily from the influence of Mikhail Bakunin, Giuseppe Fanelli, and Errico Malatesta. From there it expanded to include illegalist individualist anarchism and anarcho-syndicalism. It participated in the biennio rosso and survived fascism. The synthesist Italian Anarchist Federation appeared after the war, and the old factions alongside platformism and insurrectionary anarchism continue today.

The Argentine Regional Workers' Federation, founded in 1901, was Argentina's first national labor confederation. It split into two wings in 1915, the larger of which merged into the Argentine Syndicates' Union (USA) in 1922, while the smaller slowly disappeared in the 1930s.

The Argentinian anarchist movement was the strongest such movement in South America. It was strongest between 1890 and the start of a series of military governments in 1930. During this period, it was dominated by anarchist communists and anarcho-syndicalists. The movement's theories were a hybrid of European anarchist thought and local elements, just as it consisted demographically of both European immigrant workers and native Argentinians.

Expropriative anarchism is the name given to a practice carried out by certain anarchist affinity groups in Argentina and Spain which involved theft, robbery, scams and counterfeiting currency. The robberies done were called "expropriations on the bourgeoisie". It had its major peak between 1920 and 1935 and some of its most famous practitioners were Buenaventura Durruti, Francisco Ascaso, Severino Di Giovanni, Miguel Arcángel Roscigna, and Lucio Urtubia. It was different from French illegalism because it was not thought of as a way of life but as a way of reaching political ends such as financing revolutionary activities, anarchist propaganda and the release of anarchist prisoners.

Anarchism in Ecuador appeared at the end of the 19th century. At the beginning of the 20th century it started to gain influence in sectors of organized workers and intellectuals having an important role in the general strike of Guayaquil on November 15, 1922 in which around 1000 strikers died.

Tragic Week was a series of riots and massacres that took place in Buenos Aires, Argentina, from January 7-14, 1919. The riot was led by anarchists and communists, and was eventually crushed by the Argentine Federal Police under General Luis Dellepiane, commander of the 2nd Army Corps, and the intervention of the Argentine Army, Argentine Marine Corps and Argentine Navy.

Magonism is an anarchist, or more precisely anarcho-communist, school of thought precursor of the Mexican Revolution of 1910. It is mainly based on the ideas of Ricardo Flores Magón, his brothers Enrique and Jesús, and also other collaborators of the Mexican newspaper Regeneración, as Práxedis Guerrero, Librado Rivera and Anselmo L. Figueroa.

Synthesis anarchism, synthesist anarchism, synthesism or synthesis federations is a form of anarchist organization that seeks diversity upon its participants, which tries to join anarchists of different tendencies under the principles of anarchism without adjectives. In the 1920s, this form found as its main proponents the anarcho-communists Voline and Sébastien Faure, bringing together anarchists of three main tendencies, namely individualist anarchism, anarchist communism and anarcho-syndicalism. It is the main principle behind the anarchist federations grouped around the contemporary global International of Anarchist Federations.

Herminia Catalina Brumana was an Argentine teacher, writer, journalist, playwright and feminist activist with socialist and anarchist ideas. She wrote nine books and eleven plays, three of them published. She wrote for Mundo Argentino, El Hogar and La Nación, among other periodicals. She actively participated as an anarchist and socialist. She was considered a disciple of Rafael Barrett.

Anarchism in Bolivia has a relatively short but rich history, spanning over a hundred years, primarily linked to syndicalism, the peasantry, and various social movements. Its heyday was during the 20th century's first decades, between 1910 and 1930, but a number of contemporary movements still exist.

Rosa Chanovsky, better known as Rosa Dubovsky was a Russian-born feminist activist and militant anarchist in Argentina. She is remembered for her involvement with the Argentine Regional Workers' Federation (FORA), and for founding the Emma Goldman Library. 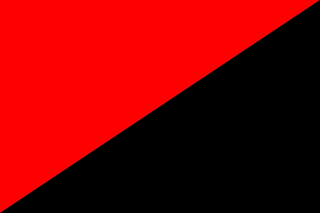 The anarchist movement in Chile emerged from European immigrants, followers of Mikhail Bakunin affiliated with the International Workingmen's Association, who contacted Manuel Chinchilla, a Spaniard living in Iquique. Their influence could be perceived at first within the labour unions of typographers, painters, builders and sailors. During the first decades of the 20th century, anarchism had a significant influence on the labour movement and intellectual circles of Chile. Some of the most prominent Chilean anarchists were: the poet Carlos Pezoa Véliz, the professor Dr Juan Gandulfo, the syndicalist workers Luis Olea, Magno Espinoza, Alejandro Escobar y Carballo, Ángela Muñoz Arancibia, Juan Chamorro, Armando Triviño and Ernesto Miranda, the teacher Flora Sanhueza, and the writers José Domingo Gómez Rojas, Fernando Santiván, José Santos González Vera and Manuel Rojas. At the moment, anarchist groups are experiencing a comeback in Chile through various student collectives, affinity groups, community and cultural centres, and squatting.

Joan Montseny (1864–1942), who also wrote under the pseudonym Federico Urales, was an anarchist activist and journalist in Catalonia.