Diego Jacinto Agustín Barros Arana (August 16, 1830 – November 4, 1907) was a Chilean professor, legislator, minister and diplomat. He is considered the most important Chilean historian of the 19th century. His main work General History of Chile (Spanish : Historia General de Chile) is a 15-volume work that spanned over 300 years of the nation's history.

The territory of Chile has been populated since at least 3000 BC. By the 16th century, Spanish conquistadors began to subdue and colonize the region of present-day Chile, and the territory was a colony between 1540 and 1818, when it gained independence from Spain. The country's economic development was successively marked by the export of first agricultural produce, then saltpeter and later copper. The wealth of raw materials led to an economic upturn, but also led to dependency, and even wars with neighboring states. Chile was governed during most of its first 150 years of independence by different forms of restricted government, where the electorate was carefully vetted and controlled by an elite.

Barros Arana was of Basque descent. [1] He also was an educator and a diplomat. He was director of the Instituto Nacional, a public high school, and of the University of Chile. 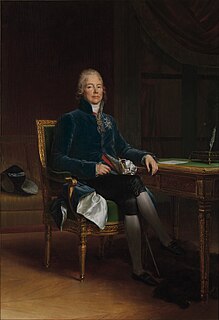 The Royal Governor of Chile ruled over the Spanish colonial administrative district called the Captaincy General of Chile, and as a result the Royal Governor also held the title of a Captain General. There were 66 such governors or captains during the Spanish conquest and the later periods of Spanish-centered colonialism. 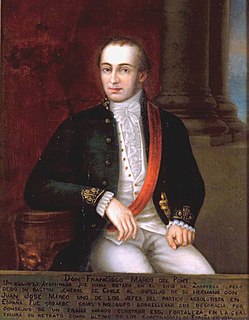 Francisco Casimiro Marcó del Pont Ángel Díaz y Méndez was a Spanish soldier and the last Governor of Chile. He was one of the main figures of the Chilean independence process, being the final Spaniard to rule as Royal Governor of Chile from 1815 to 1817, when he was deposed and captured by the patriot forces after the Battle of Chacabuco.

Colonel Luis Florentino Juan Manuel Silvestre de los Dolores de la Carrera y Verdugo was a Chilean military officer who fought in the Chilean War of Independence. Together with his brothers José Miguel and Juan José, they were some of most important leaders of Chilean struggle for independence during the period of the Patria Vieja. The Carrera family is of Basque origin.

The Battle of Mataquito was fought in the Arauco War on April 30, 1557, between the Spanish forces of the governor, Francisco de Villagra, and Mapuche headed by their toqui Lautaro. It was a dawn surprise attack on Lautaro's fortified camp between a wooded mountain and the shore of the Mataquito River.

Juan Henríquez de Villalobos ; Spanish soldier and administrator who, after participation in various European wars, was designated as governor of Chile by Mariana of Austria. In this position, between October 1670 and April 1682, he became, according to Chilean historiography, the epítome of the corrupt and nepotistic governor. His government tenure was darkened by a long series of litigations and accusations by oidores of the Real Audiencia of Santiago and other vecinos of the colony. He was one of the governors who left the position richer than he began, with not less than 900 thousand pesos, according to Jose Toribio Medina. 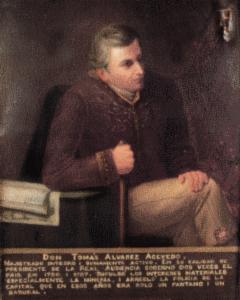 Tomás Antonio Álvarez de Acevedo Ordaz was a Spanish colonial administrator who twice served as interim Royal Governor of Chile, first in 1780 and again between 1787 and 1788. 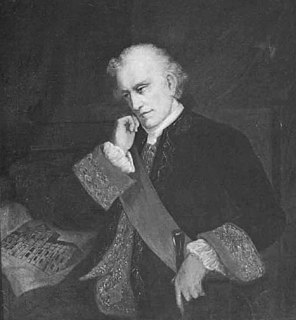 Miguel Luis Amunátegui was a Chilean historian, politician, and writer. He was the brother of fellow historian Gregorio Víctor Amunátegui Aldunate.