Discovery Velocity is a Canadian Category B specialty channel owned by CTV Specialty Television, a joint venture of Bell Media and Discovery, Inc. It is a Canadian version of the U.S. channel formerly of the same name (now known as Motor Trend), and broadcasts factual and reality-style series related to automobiles and transportation (including series from Discovery's library).

In June 2010, CTVglobemedia announced that it would launch three new Discovery-branded channels in Canada, among them included a re-branding of Discovery HD as Discovery World HD (later just Discovery World) on August 2, 2010, with a new lineup aiming to "showcase a beautiful and brilliant portrait of our world in vivid high definition". [2] A separate HD simulcast of Discovery Channel returned in June 2011. [3]

In January 2015, Bell Media announced that Discovery World would be re-branded as Discovery Velocity on February 12, 2015. It is a Canadian version of the U.S. channel Velocity—which was the current format of the network's original U.S. counterpart. With the re-branding, the network increased its focus on automotive-oriented series, although selected non-automotive programs from Discovery World were carried over. [4]

Shaw Direct is a direct broadcast satellite television distributor in Canada and a subsidiary of the telecommunications company Shaw Communications. As of 2010, Shaw Direct had over 900,000 subscribers. It broadcasts on Ku band from two communications satellites: Anik G1 at 107.3°W, and Anik F2 at 111.1°W. Anik F1R, which had been in service for 15 years, reached its end of life in the latter part of 2020, when the services on this satellite were migrated between the remaining two. These satellites are owned by Telesat Canada and otherwise are used primarily to distribute programming to various Canadian cable TV companies. The company was formerly known as Star Choice until April 15, 2009.

The Sports Network (TSN) is a Canadian English language sports specialty channel. Established by the Labatt Brewing Company in 1984 as part of the first group of Canadian specialty cable channels, since 2001, TSN has been majority-owned by communications conglomerate BCE Inc. with a minority stake held by ESPN Inc. via a 30% share in the Bell Media subsidiary CTV Specialty Television. TSN is the largest specialty channel in Canada in terms of gross revenue, with a total of $400.4 million in revenue in 2013.

CTV News Channel is a Canadian specialty news channel owned by Bell Media. It broadcasts national and international news headlines, breaking news, and information. The channel is headquartered at 9 Channel Nine Court in the Agincourt neighbourhood of Scarborough in the City of Toronto.

Discovery Channel is a Canadian specialty television channel owned by Bell Media Inc. (a joint venture between Bell Media and Discovery, Inc.. The channel is devoted to nature, adventure, science and technology programming. 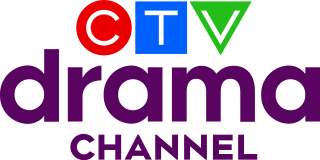 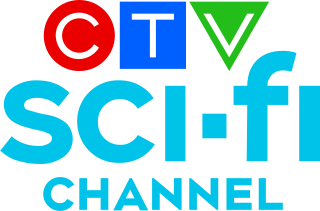 FYI was a Canadian English language specialty channel owned by Corus Entertainment. Based on the American cable network of the same name, the channel features lifestyle programming, with a mix of reality, culinary, home renovation and makeover series.

Cooking Channel is a Canadian English language specialty channel and a localized version of the American channel of the same name owned by Corus Entertainment and Discovery, Inc. Dedicated to programming related to food and cooking, its branding is licensed from Discovery Inc., which holds a minority ownership, and is also a partner on sister channel Food Network.

GameTV is a Canadian English-language specialty channel owned by Anthem Sports & Entertainment. The channel primarily airs game and competition-based programming such as game shows, reality shows, and sports programming, as well as films.

DIY Network is a Canadian pay television channel centred on do it yourself home improvement projects. The channel is a joint venture between Corus Entertainment and Discovery Inc.

Nickelodeon is a Canadian English language specialty channel based on the U.S. cable network of the same name owned by Corus Entertainment under a brand licensing agreement with ViacomCBS.

The current incarnation of E! is a Canadian English language specialty channel owned by Bell Media. Based on the American cable network of the same name, E! is devoted to entertainment programming including news, film, television, celebrities and fashion. NBCUniversal licenses the name and programming for the channel under a brand licensing agreement, but it doesn't hold an ownership interest. 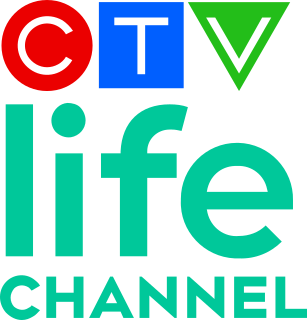