The nine provinces of South Africa are divided into 52 districts (sing. district, Tswana : kgaolo; Sotho : setereke; Northern Sotho : selete; Afrikaans : distrikte; Zulu : isifunda; Southern Ndebele : isiyingi; Xhosa : isithili; Swazi : sigodzi; Venda : tshiṱiriki; Tsonga : xifundza), which are either metropolitan or district municipalities. They are the second level of administrative division, below the provinces and (in the case of district municipalities) above the local municipalities.

As a consequence of the 12th amendment of the Constitution in December 2005, which altered provincial boundaries, the number of districts was reduced from 53. Another effect of the amendment is that each district is now completely contained within a single province, thus eliminating cross-border districts. The districts also cover the entire area of the continental republic.

The Constitution, section 155.1.a, [2] defines "Category C" municipalities. The Municipal Structures Act [3] states that areas not eligible to have a metropolitan municipality must have a district municipality.

District municipalities have a municipality code that consists of the letters "DC" followed by a number from 1 to 48. The "DC" reflects the fact that they were originally named "District Councils".

Currently all district municipalities are completely divided into local municipalities. However, before the alteration of municipal boundaries which occurred at the 2011 elections, some areas of the country did not fall within any local municipality. This usually occurred in areas with a very low population density, for example national parks and nature reserves. In these areas, which were known as District Management Areas, all local government services were provided by the district municipality.

The following map depicts the provinces and districts of South Africa. The district municipalities are labelled with numbers that correspond to their district code, while the metropolitan municipalities are labelled with letters that correspond to their names. Further details of the districts are listed in the table that follows the image.

Several projects are underway to align various services with the district boundaries. [6] These include:

South Africa's official opposition, the Democratic Alliance, believes that the districts add an unnecessary fourth layer of government (between provinces and municipalities) and has called for them to be eliminated. [7]

South Africa is divided into nine provinces. On the eve of the 1994 general election, South Africa's former homelands, also known as Bantustans, were reintegrated and the four existing provinces were divided into nine. The twelfth, thirteenth and sixteenth amendments to the constitution changed the borders of seven of the provinces.

Administratively, Portugal is de jure unitary and decentralized state. Nonetheless, operationally, it is highly centralized system with administrative divisions organized into three tiers. The State is organized under the principles of subsidiarity, local government autonomy, and democratic decentralization of the public service.

The Constitution of South Africa is the supreme law of the Republic of South Africa. It provides the legal foundation for the existence of the republic, it sets out the rights and duties of its citizens, and defines the structure of the Government. The current constitution, the country's fifth, was drawn up by the Parliament elected in 1994 in the South African general election, 1994. It was promulgated by President Nelson Mandela on 18 December 1996 and came into effect on 4 February 1997, replacing the Interim Constitution of 1993. 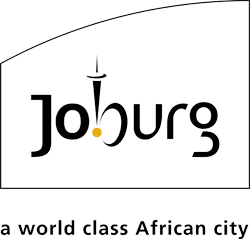 The Philippines has four levels of administrative divisions, the lowest three of which are defined in the Local Government Code of 1991 as local government units (LGUs). They are, from the highest to the lowest: 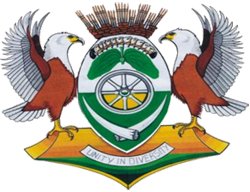 Mopani is one of the 5 districts of Limpopo province of South Africa. The seat of Mopani is Giyani. According to the 2016 Community Survey it has a population of 1,159,185, of whom the majority speak Northern Sotho. The district code is DC33. After the 12th amendment of the Constitution of South Africa part of the area of the Bohlabela district was incorporated into Mopani.

Officially local government in the Philippines, often called local government units or LGUs, are divided into three levels – provinces and independent cities; component cities and municipalities; and barangays. In one area, above provinces and independent cities, is an autonomous region, the Autonomous Region in Muslim Mindanao. Below barangays in some cities and municipalities are sitios and puroks. All of these, with the exception of sitios and puroks, elect their own executives and legislatures. Sitios and puroks are often led by elected barangay councilors.

The Twelfth Amendment of the Constitution of South Africa altered the boundaries of seven of South Africa's nine provinces. It also redefined all of the provinces' geographical areas in terms of the areas of district and metropolitan municipalities, and repealed the provisions introduced by the Third Amendment that allowed municipal areas to cross provincial boundaries. A number of the boundary changes were highly controversial and led to popular protest and court challenges.