A diva ( /ˈdiːvə/ ; Italian:  [ˈdiːva] ) is the Latin word for a goddess and can also refer to a celebrated female singer; a woman of outstanding talent in the world of opera, and by extension in theatre, cinema and popular music. If referring to an actress the meaning of diva is closely related to that of prima donna . Diva can also refer to anyone, especially one in show business, with a reputation for being temperamental or demanding.

The word entered the English language in the late 19th century. It is derived from the Italian noun diva, a female deity. The plural of the word in English is "divas"; in Italian, dive [ˈdiːve] . The basic sense of the term is goddess , [3] [4] the feminine of the Latin word divus (Italian divo), someone deified after death, or Latin deus , a god. [5]

The male form divo exists in Italian and is usually reserved for the most prominent leading tenors, like Enrico Caruso and Beniamino Gigli. The Italian term divismo describes the star-making system in the film industry. In contemporary Italian, diva and divo simply denote much-admired celebrities, especially film actresses and actors, and can be translated as "(film) star". The Italian actress Lyda Borelli is considered the first cinematic diva, following her breakthrough role in Love Everlasting (1913). [6]

An extravagant admiration for divas is a common element of camp culture. [7] 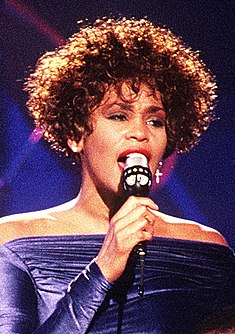 Whitney Elizabeth Houston was an American singer and actress. Referred to as "The Voice", she is regarded as one of the most successful and influential vocalists of all time. Houston released seven studio albums and two soundtrack albums, all of which have been certified diamond, multi-platinum, platinum, or gold by the Recording Industry Association of America (RIAA). With sales of over 200 million records worldwide, she is one of the best-selling recording artists of all time. Her crossover appeal on the popular music charts as well as her prominence on MTV influenced generations of African American artists.

Rozonda Ocielian Thomas, better known by her stage name Chilli, is an American singer-songwriter, dancer, actress, television personality and model who rose to fame in the early 1990s as a member of group TLC, one of the best-selling girl groups of the late 20th century.

Patricia Apollonia Kotero is an American singer, actress, former model and talent manager. She is known for co-starring in Prince's 1984 film Purple Rain and for having been the lead singer of the girl group Apollonia 6. 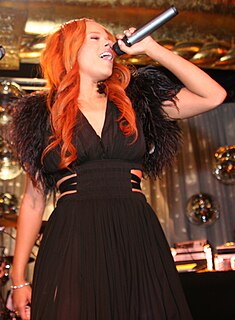 Faith Renée Jordan is an American singer, songwriter, record producer, and actress. Born in Lakeland, Florida, and raised in New Jersey, Evans relocated to Los Angeles in 1991 for a career in the music business. After working as a backing vocalist for Al B. Sure! and Christopher Williams, she became the first female artist to contract with Sean "Puff Daddy" Combs' Bad Boy Entertainment recording company in 1994. She is most famously known for her marriage to Christopher "The Notorious B.I.G." Wallace. On the label, she featured on records with several label mates such as 112 and Carl Thomas, and released two platinum-certified studio albums between 1995 and 1998: Faith (1995) and Keep the Faith (1998)

Heather Headley is a Trinidadian singer, songwriter, record producer, and actress. She won the 2000 Tony Award for Best Actress in a Musical for the titular role of Aida. She also won the 2010 Grammy Award for Best Contemporary R&B Gospel Album for her album Audience of One. In 2018, she recurred as Gwen Garrett on the NBC medical drama television series Chicago Med. 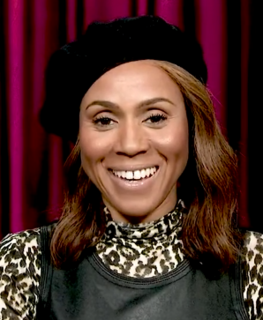 Just Whitney is the fifth studio album by American singer Whitney Houston, released on December 10, 2002 by Arista Records. It was her first studio album released after her greatest hits compilation Whitney: The Greatest Hits in 2000, and after signing a $100 million contract with Arista Records in 2001, the largest recording contract for a female artist at the time. 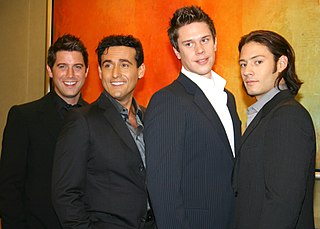 Il Divo is a multi-national classical crossover vocal group. The male quartet originated in the United Kingdom in December 2003, bringing together singers Urs Bühler (Switzerland), Carlos Marín (Spain), David Miller, and Sébastien Izambard (France). The group was created and promoted by music producer Simon Cowell for the label Syco Music. Although it is unclear how the group's name came about, "Il Divo" is translated from Italian as "divine performer." 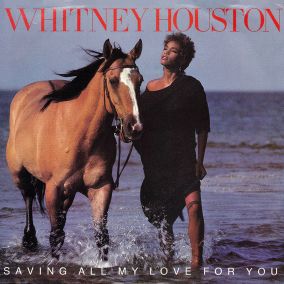 "Saving All My Love for You" is a song recorded by American singer Whitney Houston for her self-titled debut studio album (1985). Written by Michael Masser and Gerry Goffin with arrangement by Gene Page, it was originally a minor hit for Marilyn McCoo and Billy Davis Jr. in 1978 on their album Marilyn & Billy. Houston recorded a cover of the song which was released on August 13, 1985, by Arista Records as the second single from the album in the United States and third worldwide.

Victoria is a Indo-European feminine first name. It is also used as a family name.

A diva is a celebrated female singer. 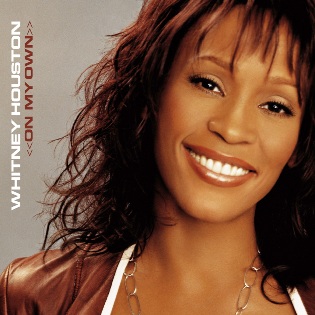 "Try It on My Own", titled "On My Own" for its single release, is a song by American recording artist Whitney Houston. It was written by Babyface, Jason Edmonds, Carole Bayer Sager, Aleese Simmons, and Nathan Walton for her fifth studio album Just Whitney (2002), with production handled by the former. A pop ballad, the song is about overcoming doubts or fears so a person can reach the point in their life where they can "try it on [their] own". 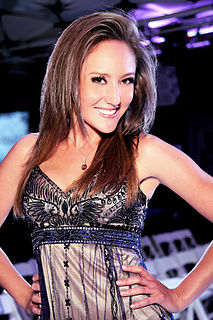 Lauren Mayhew is an American singer, actress and former ring announcer for ECW.

Sylvia is a feminine given name of Latin origin, also spelled Silvia. The French form is Sylvie. The name originates from the Latin word for forest Silva and its meaning is spirit of the wood. The mythological god of the forest was associated with the figure of Silvanus.

"Ain't No Way" is a song written by singer-songwriter Carolyn Franklin and sung by her elder sister Aretha Franklin as the B-side to her 1968 hit, "(Sweet Sweet Baby) Since You've Been Gone". This song should not be confused with a different song of the same title, recorded by Aretha Franklin on her 2003 CD So Damn Happy: "Ain't No Way" by Barry J. Eastmond and Gordon Chambers.

In Italian theatrical culture, the term sciantosa refers to a stock character that developed from the late 19th Century through the early 20th Century in such popular genres such as café-concert, variety show, avanspettacolo, and revue. The term is a distortion of the French word chanteuse, and was originally used for female singers that performed opera or operetta arias in café-chantant venues. As such, the "sciantosa" was a sort of scaled-down version of the opera "diva". Later on, the term acquired further implications, most notably that of femme fatale. Popular sciantose often had mysterious and exotic traits, such as a foreign accent, a turbulent past, or romantic affairs with lovers from the jet set. To emphasize their reputation of divas, prominent sciantose hired a claque to follow their shows. 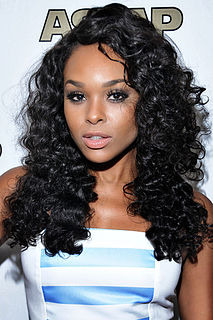 Demetria Dyan McKinney is an American actress and singer-songwriter. From 2006 to 2012 original run she starred in the TBS sitcom Tyler Perry's House of Payne, a BET revival of the show was announced for 2020. Her other series regular roles include TV One sitcom The Rickey Smiley Show, Bounce TV prime time soap opera Saints & Sinners and Syfy horror drama Superstition as well as Motherland: Fort Salem on ABC Freeform.

Tarralyn LaJuan Ramsey is an American gospel musician, songwriter and artist. She began her music career in 2000, with the release of the religious Tarralyn Ramsey album on Verity Records. This would be her Billboard magazine breakthrough release on the Gospel Albums chart. Following her win on the VH1 reality series Born to Diva in 2003, she signed with Casablanca Records and released her second album, Tarralyn which featured the Pop hit "Up Against All Odds".