Since the 2010 election, Josh Frydenberg, Deputy Leader of the Liberal Party since 2018, has been the member for the Division, following the retirement of Petro Georgiou.

The Division was proclaimed in 1900, and was one of the original 65 divisions to be contested at the first Federal election.

Kooyong has been held by the Liberal Party of Australia and its predecessors for its entire existence. It is one of two original electorates in Victoria to have never been won by the Australian Labor Party, the other being Gippsland. For decades, it has been one of the safest Coalition seats in metropolitan Australia. For example, even during Labor's landslide victory in 1943, Menzies still won comfortably with 62.5 percent of the two-party vote.

Peacock's successor, high-profile Liberal backbencher Petro Georgiou, saw off a challenge from Josh Frydenberg for Liberal Party preselection in April 2006. On 22 November 2008, Georgiou announced his retirement at the next federal election. [2] Frydenberg won preselection as the Liberal Party's candidate for the seat for the 2010 election, and won despite a small swing against him.

In 2019, high-profile Greens candidate Julian Burnside received the highest two-party preferred vote against the Liberals or their predecessors in 90 years, at 44.3%. The Liberals had anticipated a strong contest and doubled their campaign funding to Kooyong earlier in the year, raising their initial cost of $500,000 to $1 million in campaigning. [3] Frydenberg retained the seat, despite suffering a significant negative swing of 8.81% and the Liberal Party receiving its lowest first preference vote in the electorate in 76 years. It was also only the second time in 76 years that the major non-Labor party didn't win the seat outright on the first count. The swing was actually large enough to drop the Liberal margin in a "traditional" two-party contest with Labor to 6.8 percent, the closest margin between the parties in decades.

The Division is named after the suburb of Kooyong, on which it was originally based. However, the suburb of Kooyong has not been in its namesake electorate for some time, being instead in neighbouring Higgins. Nonetheless, the seat has retained the name of Kooyong, primarily because the Australian Electoral Commission's guidelines on electoral redistributions require it to preserve the names of original electorates where possible. [4]

Main article: Electoral results for the Division of Kooyong
This section is transcluded from Results of the 2019 Australian federal election in Victoria. (edit | history) 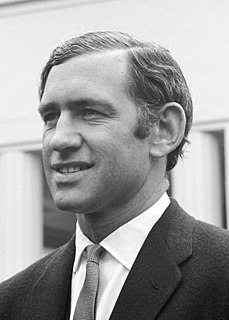 Andrew Sharp Peacock AC GCL is a former Australian politician and diplomat. He served twice as leader of the Liberal Party, leading the party to defeat at the 1984 and 1990 elections. He had earlier been a long-serving cabinet minister.

Petro Georgiou AO is a Greek Australian politician who was a Liberal member of the Australian House of Representatives from November 1994 to July 2010, representing the Division of Kooyong, Victoria. 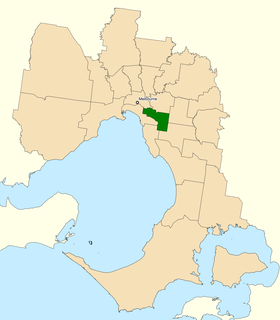 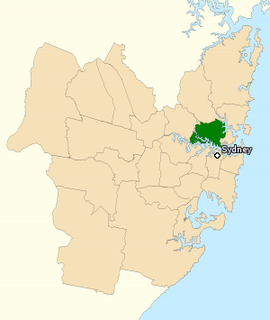 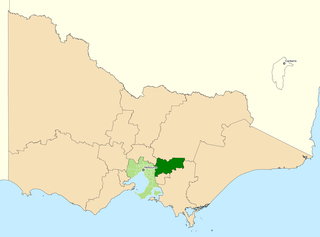 The Division of Casey is an Australian electoral division in the state of Victoria. The division was created in 1969 and is named for Richard Casey, who was Governor-General of Australia 1965–69. 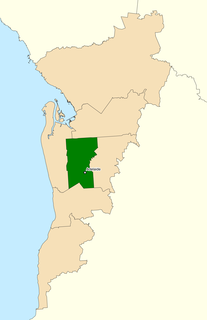 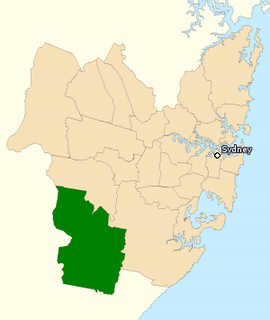 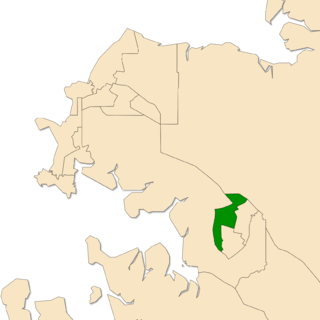 Drysdale is an electoral division of the Legislative Assembly in Australia's Northern Territory. It was first created in 1997, and is named after Fred Drysdale, a former member of the Legislative Council. It is an urban electorate covering 12 km² in north-western Palmerston including the CBD and the suburbs of Driver, Gray, Yarrawonga and most of Moulden. There were 5,460 people enrolled within the electorate as of August 2016. 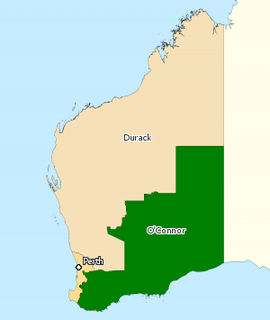 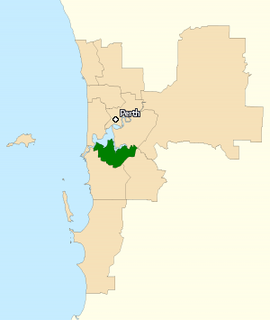 The Division of Tangney is an Australian electoral division in the state of Western Australia. The Division was named after Dame Dorothy Tangney, the first female member of the Australian Senate, and is at present a safe Liberal seat. It is currently held by Ben Morton a former state director of the Liberal Party. 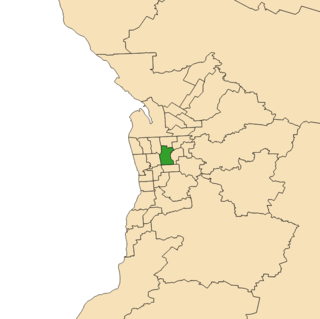 Yokine was a Legislative Assembly electorate in the state of Western Australia from 1996 to 2008. It was named for the northern Perth suburb of Yokine which fell within its borders. The last member for Yokine was Bob Kucera who held the seat for the Labor Party by a margin of 8.2%.

Ian Malcolm Macphee AO is an Australian former politician who was a member of the House of Representatives from 1974 until 1990. He is best known for his contributions in developing Australian multiculturalism and for being one of the most prominent moderate Liberal Party of Australia politicians.

Unley is a single-member electoral district for the South Australian House of Assembly. Named after the suburb of the same name, it is the state's smallest electorate by area at just 14.1 km2 (5.4 sq mi). It is a suburban electorate in Adelaide's inner south, taking in the suburbs of Eastwood, Frewville, Fullarton, Glenside, Glenunga, Goodwood, Highgate, Hyde Park, Kings Park, Malvern, Myrtle Bank, Parkside, Unley, Unley Park and Wayville, as well as parts of Glen Osmond and Millswood. 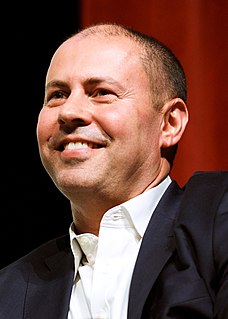 Joshua Anthony Frydenberg is an Australian politician who has been Treasurer of Australia and Deputy Leader of the Liberal Party since 24 August 2018. He has been a member of the Australian House of Representatives for the seat of Kooyong since August 2010.

Michael Norman Kroger is a businessman and power broker within the Victorian division of the Liberal Party of Australia. Kroger was the Liberal state president in Victoria until 30 November 2018. 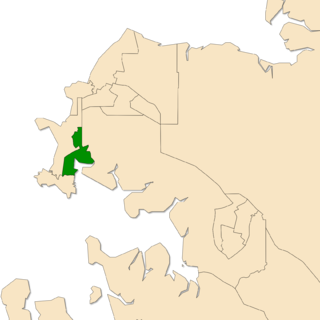 Fong Lim is an electoral division of the Legislative Assembly in Australia's Northern Territory.