He has been a prizewinner in the Bach Competition (2006), Musica Antiqua Competition (2008), and Romanus Weichlein (2009). He has performed in Europe, Russia, Canada, Australia and the United States with such orchestras as the Canadian Arion Baroque Orchestra, Finnish Helsinki Baroque Orchestra, German Concerto Köln, Italian Il Giardino Armonico, Spanish Sevillian Orquesta Barroca, Australian Australian Brandenburg Orchestra, [4] both Pratum Integrum and Musica Petropolitana of Russia and in the United States with the Seattle Symphony. [5] [6]

In 2011, he founded the La Voce Strumentale ensemble in Moscow and from 2012 to 2014 was a conductor of Il Complesso Barocco. There he worked with the mezzo-soprano Joyce DiDonato, with whom he traveled to Europe and the United States. He has recorded numerous works with such German orchestras as WDR Symphony Orchestra Cologne and North German Radio Symphony Orchestra, on the Caro Mitis label. [7] Since 2005 he has worked as a teacher at the Moscow Conservatory where he teaches both viola and violin, and in September 2009 he received Francesco Ruggeri's violin at the Jumpstart Jr. Competition in the Amsterdam Concertgebouw. [8] 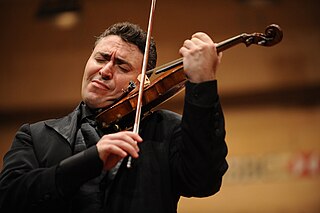 Maxim Alexandrovich Vengerov is a Russian-born Israeli violinist, violist, and conductor. He is considered one of the greatest violinists in the world.

Viktoria Yurievna Mullova is a Russian violinist. She is best known for her performances and recordings of a number of violin concerti, compositions by J.S. Bach, and her innovative interpretations of popular and jazz compositions by Miles Davis, Duke Ellington, The Beatles, and others.

Vadim Viktorovich Repin is a Russian and Belgian violinist who lives in Vienna.

The Australian Brandenburg Orchestra (ABO) is an Australian period instrument orchestra specialising in the performance of baroque and classical music.

Fabio Biondi is an Italian violinist and conductor. He is a specialist in Baroque and early music.

The International Russian Rotary Children's Music Competition is one of the leading events in cultural life of Russian and European youth. The competition take place in the Moscow State Conservatory P. I. Tchaikovsky or other concert halls in Moscow.

Daniel Garlitsky is a Russian violinist and conductor.

Vladislav Adelkhanov is a violinist, teacher and writer.

Sergey Alexandrovich Krylov is a Russian and Italian violinist and conductor.

Predrag Gosta is a Serbian-Croatian-American conductor, harpsichordist, and baritone.

Pavel Berman is a violinist and conductor of Russian origin, laureate of international competitions. 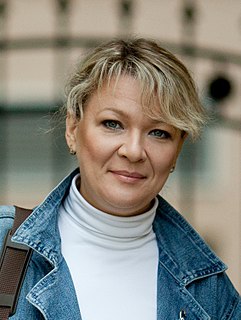