Jose Madrigal Ochoa, better known as Dominic Ochoa (born August 4, 1974) is a Filipino actor and member of ABS-CBN's circle of homegrown talents named Star Magic, as part of the batch 4. He is currently managed by Boy Abunda.

He is from the prominent Relova family in Pila, Laguna where his great grandfather Arcadio was formerly Capital Municipal who built the municipio during his term, grand uncle Lorenzo Relova was formerly Associate Justice of the Supreme Court and another great grand uncle Regino Diaz Relova is a lieutenant colonel in the Katipunan who commanded the Laguna towns of Los Banos, Calauan, Bay and Pila during the Philippine–American War. His previous girlfriend was Janna Victoria and now married to businesswoman Denise Go. He is the cousin of actor Mandy Ochoa. 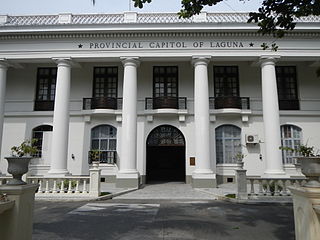 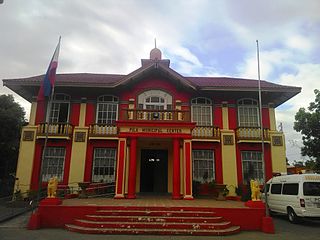 Pila, officially the Municipality of Pila, is a 3rd class municipality in the province of Laguna, Philippines. According to the 2015 census, it has a population of 50,289 people.

Timothy Mark "Tim" Pimentel Eigenmann, better known by his stage name Sid Lucero, is a Filipino television and film actor and model. He won the 31st Gawad Urian Best Actor award for his role in Selda. 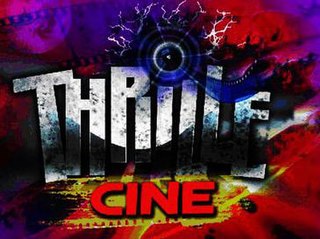 Thrille Cine is a horror TV movie which originally aired on ABS-CBN on November 2, 2008.

The 20th PMPC Star Awards for Television ceremony was held at the UP Theater, Quezon City on October 23, 2006 and broadcast over RPN Channel 9 on October 28, 2006. The ceremony was hosted by Boy Abunda, Tin Tin Bersola-Babao, Jean Garcia, Toni Gonzaga and Joey Marquez and directed by Ding Bolanos. 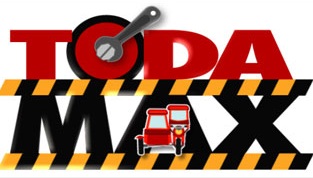 Toda Max is a Philippine situational comedy series on ABS-CBN from November 5, 2011 to November 16, 2013. This series was starring with Robin Padilla, Pokwang, Angel Locsin, and Vhong Navarro. though due to 3 movie commitments, Padilla decided to leave the show in early of 2013 and hoped to come back after doing all his movies.

Whattamen is a Philippine primetime weekly sitcom that aired on ABS-CBN which was aired from September 12, 2001 to February 18, 2004. It was written by renowned writer-director Jose Javier Reyes and directed by John-D Lazatin, the sitcom starred matinee idols Rico Yan, Marvin Agustin and Dominic Ochoa, and comedian Ai-Ai delas Alas.

Local elections was held in the Province of Laguna on May 13, 2013 as part of the 2013 general election. Voters elected candidates for all local positions: a municipal/city mayor, vice mayor and town councilors, as well as members of the Sangguniang Panlalawigan, the vice-governor, governor and representatives for the four districts of Laguna. 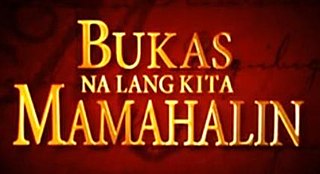 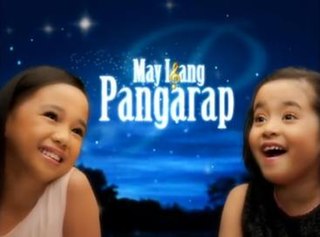 Lorenzo Relova was a Filipino judge who served as the 103rd Associate Justice of the Supreme Court from May 14, 1982, until January 19, 1986, during the Marcos era. He was the country's oldest living Supreme Court justice at the time of his death in 2014. 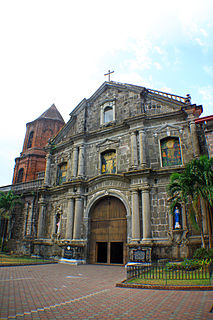 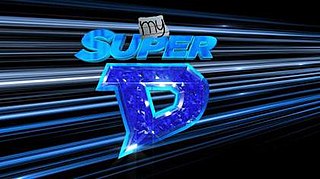 My Super D is a 2016 Philippine superhero fantasy drama television series starring Dominic Ochoa in his first leading role. The series was aired on ABS-CBN's Primetime Bida evening block and worldwide via The Filipino Channel from April 18, 2016 to July 15, 2016, replacing My Love Donna. 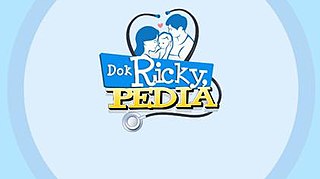 Dok Ricky, Pedia ng Barangay is a Philippine situational comedy and commentary show broadcast by ABS-CBN, starring Dominic Ochoa, Louise Abuel, Yen Santos and Alessandra de Rossi. The show aired from September 9, 2017 to March 7, 2020 and aired every Saturday mornings from 8:00 AM to 8:30 AM on the network's Yes Weekend! block. It also aired worldwide via TFC. The sitcom tackles the events in the first 1000 days of a child from conception up to second birth age. The series will return on Kapamilya Channel in 2020.