Domna Samiou (Greek : Δόμνα Σαμίου; 12 October 1928 – 10 March 2012 [1] ) was a prominent Greek researcher and performer of Greek folk music and Turkish folk music. She received her first formal musical training from Simon Karas. For over half a century she collected, recorded, and performed traditional songs of Greece (earlier called demotika, nowadays referred to as "paradosiaka" or "traditional"), around the world, appealing not only to the Greek diaspora, but also introducing non-Greek audiences to traditional Greek folk music and Turkish folk music.

Born in the poor district of Kaisariani, Athens in 1928 (one of many neighbourhoods established with the influx of Greek refugees from Turkey in 1922), Samiou was the daughter of Greek refugees from the village Bayındır near Smyrna in Asia Minor. [2] Her mother fled to Greece in 1922, while her father, who was a prisoner of war, arrived slightly later during the exchange of populations.[ citation needed ]

At the age of thirteen, whilst attending night school, Domna Samiou received her first formal musical training from Simon Karas at the Association for the Dissemination of National Music, where she was tutored in Byzantine and folk music, as well as being introduced to the idea of field research in music.[ citation needed ] Her first professional collaboration was with the National Radio Foundation (E.I.R.), the state-run national radio station of Greece at the time, when she was a member of the Simon Karas choir.

In 1954 she became a full-time employee of the station, working in the National Music Section, in effect the folk music section of E.I.R.[ citation needed ] Through her work there, she came into contact with the leading traditional musicians of the day, who were part of a great wave of migration from the countryside to Athens. The National Music Section was busy recording them and, as a result, Domna became acquainted with all their various local musical styles. She was herself responsible for supervising records, stage plays and films.[ citation needed ]

In 1963 Domna Samiou started touring the countryside independently, to record music for the archive she was establishing. Then, in 1971, she left her radio job entirely to focus on her own musical career, accepting an invitation by the composer and performer Dionyssis Savvopoulos to sing at a club called Rodeo, frequented by a youthful anti-junta audience. It marked the beginning of Domna Samiou's impact and influence on generations of young people in Greece. Soon after, she performed at the Bach Festival in London, run at the time by Lina Lalandi. It was a triumphant start to a brilliant musical career: “It made people overcome the embarrassment they felt for folk music”, as she herself stated later.[ citation needed ]

In 1974, she started her collaboration with Columbia Records, which resulted in a number of LPs over the next years. In 1976-77, together with film directors Fotos Lambrinos and Andreas Thomopoulos, she toured the Greek countryside and produced twenty episodes of 'Musiko Odiporiko' ('Musical Travelogue') on Greek national television (ERT).[ citation needed ]

In 1981, the Domna Samiou Greek Folk Music Association was founded to preserve and promote Greek traditional music and facilitate the production of records and musical events to the highest standards, free from the demands of commercial record companies.[ citation needed ]

Part of the music data was digitized by the "Lilian Voudouri" Music Library of Greece under the program "Building a Complete Unit for the Documentation and Promotion of Greek Music" funded by the operational program "Information Society 2005-2008".

In 2014, the Association began the major project of digitization and organization of all the music and accompanying material, which was completed in 2016. Afterwards, all the material was organized, sectioned and cataloged. Handy guides were created to allow easy access to particular parts of the file. 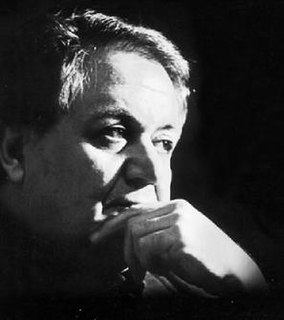 Manos Hatzidakis was a Greek composer and theorist of Greek music, widely considered to be one of the greatest greek composers and one of the most globally recognised. His legacy and contribution are widespread among the works of contemporary Greek music, through the second half of the 20th and into the 21st century. He was also one of the main proponents of the "Éntekhno" form of music . In 1960, he received an Academy Award for Best Original Song for his song Never on Sunday from the film of the same name.

The music of Turkey includes mainly Turkic and Byzantine elements as well as partial influences ranging from Ottoman music, Middle Eastern music and Music of Southeastern Europe, as well as references to more modern European and American popular music. Turkey is a country on the northeastern shore of the Mediterranean Sea, and is a crossroad of cultures from across Europe, North Africa, the Middle East, the Caucasus and South and Central Asia. 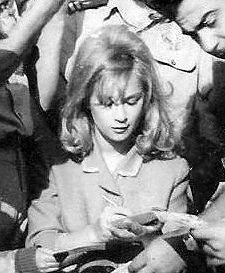 Aliki Stamatina Vougiouklaki was a Greek actress and theatrical producer, best known for her films and theatrical plays. She was one of the most popular actresses in Greece, and was given the title of the National Star of Greece. Theatrically, she mostly starred in renditions of widely known Broadway musicals as well as multiple Greek tragedy plays. Vougiouklaki died in 1996 at the age of 62, just three months after being diagnosed with pancreatic cancer. 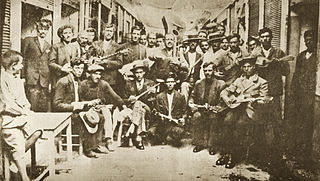 The music of Crete, also called kritika, refers to traditional forms of Greek folk music prevalent on the island of Crete in Greece. Cretan traditional music includes instrumental music, a capella songs known as the rizitika, "Erotokritos," Cretan urban songs (tabachaniotika), as well as other miscellaneous songs and folk genres.

Helena Paparizou is a Greek-Swedish singer, songwriter and television personality. Born and raised in Sweden to Greek parents, she enrolled in various arts schools before launching a career in Sweden in 1999 as a member of the laïko and Eurodance duo Antique, who participated in the Eurovision Song Contest 2001 and afterwards became popular.

Nektaria Karantzi is a Byzantine and traditional singer from Greece. 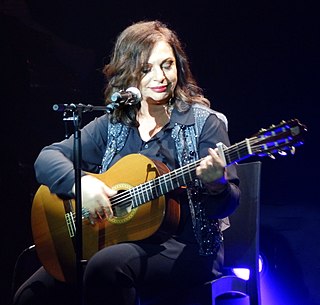 Glykeria is a Greek singer active in Greece and Cyprus, while also gaining fame in Israel, France, Turkey, Spain, and England. Her career has spanned over 30 years and is marked by several multi-platinum releases. On 14 March 2010, Alpha TV ranked Glykeria the third top-certified female artist in the nation's phonographic era.

Syrtos is, in classical and modern Greece: a folk dance in which the dancers link hands to form a chain or circle, headed by a leader who intermittently breaks away to perform improvised steps.

Roza Eskenazi was a famous Jewish-Greek-Armenian dancer and singer of rebetiko, Greek folk music, Kanto and Turkish folk music born in Constantinople, whose recording and stage career extended from the late 1920s into the 1970s.

Simon Karas (1905–1999) was a Greek musicologist, who specialized in Byzantine music tradition.

Marianna Chantelle Hansen, known professionally as Shaya, is a Greek singer Born in Denmark. Shaya was a member of the girl band Hi-5, the result of the Greek version of the talent show Popstars. She is currently pursuing a solo career and finished fifth in Greece's version of Dancing on Ice.

Anna Karabessini, was a Greek singer-songwriter of traditional and folk music. Born in Antimachia, Kos, from her early age her talent in singing appeared as her parents engaged in music and singing. Together with her sister Efi Sarris, they sang traditional songs for many years and are considered "having a prominent position and well known among all those who served the musical tradition of Kos and the Dodecanese"