Donald Dee Shinnick (May 15, 1935 – January 20, 2004) [1] was an American football linebacker who played as a collegian for UCLA and then thirteen seasons in the National Football League for the Baltimore Colts. He had 37 career interceptions with the Colts, still an NFL record for a linebacker.

After retiring as a player, he served as an assistant coach with the Chicago Bears, the St. Louis Cardinals, the Oakland Raiders and the New England Patriots. 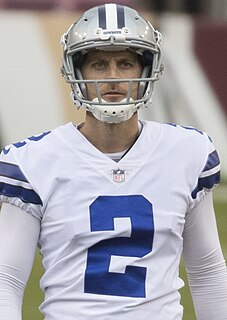 Michael Nugent is an American football placekicker who is currently a free agent. He played college football for Ohio State University, and was twice recognized as a consensus All-American. He was drafted by the New York Jets in the second round of the 2005 NFL Draft, and has also played for the Tampa Bay Buccaneers, Arizona Cardinals, Cincinnati Bengals, Dallas Cowboys, Chicago Bears, Oakland Raiders, and New England Patriots. 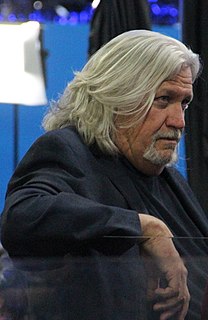 Robert Allen Ryan is an American football coach who is the inside linebackers coach for the Baltimore Ravens of the National Football League (NFL). Ryan has served as a defensive coordinator or assistant coach for seven different NFL teams. He was the linebackers coach for the New England Patriots when they won both Super Bowl XXXVI and Super Bowl XXXVIII. Ryan is the son of Buddy Ryan and the twin brother of Rex Ryan.

Philip Gregory Wheeler is an American football linebacker who is currently a free agent. He was drafted by the Indianapolis Colts in the third round of the 2008 NFL Draft. He played college football at Georgia Tech. 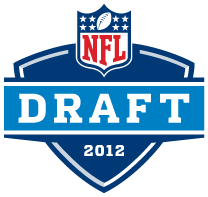 The 2012 NFL draft was the 77th annual meeting of National Football League (NFL) franchises to select newly eligible football players. The draft, which is officially called the "NFL Player Selection Meeting", was held at Radio City Music Hall in New York City from April 26–28. The Indianapolis Colts, who compiled the league's worst record in the 2011 season with a 2–14 record, had the right to the first selection.

Barkevious Levon Mingo is an American football outside linebacker who is a free agent. He played college football at Louisiana State (LSU) and was drafted by the Cleveland Browns sixth overall in the 2013 NFL Draft. He won Super Bowl LI with the New England Patriots. 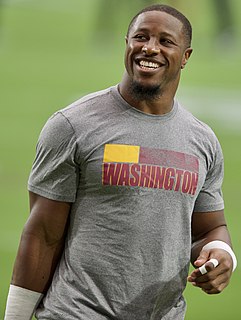 Jonathan Earl Bostic II is an American football linebacker for the Washington Football Team of the National Football League (NFL). He played college football for the University of Florida and was drafted by the Chicago Bears in the second round of the 2013 NFL Draft. He has also played for the New England Patriots, Detroit Lions, Indianapolis Colts, and Pittsburgh Steelers.

Marvin Hall Jr. is an American football wide receiver who is a free agent. He played college football at Washington. He was signed by the Oakland Raiders as an undrafted free agent in 2016.