Dorothy Kingsley (October 14, 1909 – September 26, 1997) was an American screenwriter, who worked extensively in film, radio and television.

Born in New York City, Kingsley was the daughter of newspaperman and press agent Walter J. Kingsley, and silent film actress Alma Hanlon. Following their divorce, Hanlon remarried to director Louis Myll. They lived at Bayside, Queens for two years, [1] and later moved with Dorothy to the affluent suburb of Grosse Pointe, Michigan. [2]

Kingsley also had an unsuccessful first marriage. As a young divorced mother of three, while recuperating from a severe case of the measles, she listened to all the radio programs and began to think that she could write better material than she was hearing. She went to Los Angeles to visit a friend and made the rounds of numerous agents with material she had written for various radio stars such as Jack Benny. Her youthful appearance worked against her, but she finally found an agent who would take a chance on her. Kingsley went home and packed up her children, but on her return to Los Angeles she found that the agent had gone out of business. [3]

While Kingsley unsuccessfully made the rounds of agents, she happened to meet Constance Bennett socially. Bennett thought that Kingsley's material was better than her current supply, and used a couple of her gags on her radio program. Despite the size of the program's writing staff, Kingsley began supplying material gags under the table for $75 a week, but eventually the representative who was paying her for the material left and she was again unemployed. [3] Kingsley answered a newspaper ad to write gags for Edgar Bergen, and as a result she was chosen from 400 entries for a one-month trial period at $50 a week. The Edgar Bergen show became one of the top-rated programs and Kingsley stayed with them for several years. [4]

It was while she was with the Bergen radio show that Kingsley started submitting scripts to studios. Arthur Freed at MGM thought she had promise and wanted to put her under contract at double what Bergen was paying. Bergen was notorious for underpaying his talent and when he found out she was dismissed. Her first assignment was a production rewrite on Girl Crazy , a Mickey Rooney/Judy Garland musical. The current writer was otherwise occupied, so Freed asked her to go down to the set and just do a little work. Kingsley soon developed the ability to fix an ailing script during production, and while she was working on Girl Crazy, producer Jack Cummings was having a lot of trouble with Bathing Beauty and asked her to fix that as well. Many people had already worked on the ailing script whose musical numbers had been shot and had no story. It was the first picture for Esther Williams and became a big hit. [3]

Kingsley often worked without credit; and though hers was usually a co-credit, she normally worked alone, before or after the other screenwriters had finished up. Kingsley wrote many of the great MGM musicals such as Kiss Me Kate , as well as a number of scripts for Debbie Reynolds and three quarters of all the Esther Williams pictures. The grand spectacle pictures were very popular during the war years, when people desperately wanted escapist entertainment. In 1948, Kingsley and fellow screenwriter Dorothy Cooper wrote A Date with Judy , which was a pivotal film for Elizabeth Taylor, who, after playing frail juvenile roles, was given the part of a manipulative modern flirt who saw a school campus as merely husband-hunting grounds. [5]

Kingsley, a devout Catholic, wrote the baseball picture Angels in the Outfield , President Eisenhower's favorite picture, which featured the Pittsburgh Pirates. He ran it so many times that the staff said, “Please, Mr. President, not again."

She was the last of the writers to work on the script for Stanley Donen's Seven Brides for Seven Brothers after Albert Hackett and Frances Goodrich. Their original script was based on the short story The Sobbin' Women by Stephen Vincent Benet, but the script wasn't coming out right. [6] From Kingsley:

"Stanley Donen called me in and I looked at the script and said, 'The big trouble in the original short story is that the Howard Keel character is the one that tries to get all of these boys married off, and that’s not right. The girl has nothing to do, and she’s got to be the one to engineer all this stuff.' That was changed around and seemed to please everyone, and we went from there." [3]

After she had been at MGM a while, Kingsley acquired the reputation as a fixer in construction. She would regularly be called down to the set to fix pictures on the fly when the original writers were no longer on the scene to be consulted. The studio kept her working all the time and her contract was continually being extended. [3]

Columbia was set to produce Pal Joey , which was a perfect vehicle for Frank Sinatra; however, Sinatra and Columbia executive Harry Cohn had been feuding for years and didn't speak to each other. Kingsley and Lillian Burns, the assistant to Harry Cohn, did a synopsis of the film written with Sinatra in mind and had it sent to Sinatra without Cohn's involvement. Sinatra agreed to do the picture and Cohn committed without ever seeing the script. Sinatra was so pleased with what Kingsley had done with Pal Joey, he committed to Can-Can without a script. [3]

In 1969, she was instrumental in creating the Bracken's World series for television, based on the behind-the-scenes activities at the fictitious Century Studios in Hollywood.

Kingsley and her second husband, William Durney, left Hollywood for Carmel, California, where they started the Durney Vineyard brand winery. They were among the earliest vintners in the Carmel Valley Wine region when they planted their original vineyards in 1968, with the first wines being produced in 1976. [7] Dorothy Kingsley died of heart failure in 1997 in Monterey, California. She is buried in San Carlos Cemetery in Monterey, California

Gloria Rose "Barbara" Turner was an American screenwriter and actress. One of her daughters is the actress Jennifer Jason Leigh. 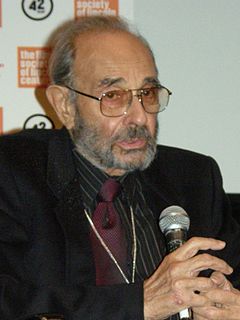 Stanley Donen was an American film director and choreographer whose most celebrated works are On the Town (1949) and Singin' in the Rain (1952), both of which he co-directed with star Gene Kelly. His other films include Royal Wedding (1951), Seven Brides for Seven Brothers (1954), It's Always Fair Weather (1955), Funny Face (1957), Indiscreet (1958), and Charade (1963). He began his career in the chorus line on Broadway for director George Abbott, where he befriended Kelly. From 1943, he was in Hollywood and worked as a choreographer before beginning to collaborate with Kelly. After On the Town, Donen worked as a contract director for MGM under producer Arthur Freed producing critically well-received box-office hits. Donen and Kelly co-directed the musical Singin' in the Rain, released in April 1952, which has appeared on lists of the best films ever made. Donen's relationship with Kelly deteriorated during their final collaboration It's Always Fair Weather (1955). He then broke his contract with MGM to become an independent producer in 1957. He continued making films throughout the 1950s, 1960s and 1970s, often financial successes that gained positive attention. His film output became less frequent in the early 1980s, and he briefly returned to the stage as a director in the 1990s and again in 2002.

Albert Maltz was an American playwright, fiction writer and screenwriter. He was one of the Hollywood Ten who were jailed in 1950 for their 1947 refusal to testify before the US Congress about their alleged involvement with the Communist Party USA. They and many other US entertainment industry figures were subsequently blacklisted, which denied Maltz employment in the industry for many years.

Jean Rouverol was an American author, actress and screenwriter who was blacklisted by the Hollywood movie studios in the 1950s.

Frederica Alexandrina Sagor Maas was an American dramatist and playwright, screenwriter, memoirist, and author, the youngest daughter of Jewish immigrants from Russia. As an essayist, Maas was best known for a detailed, tell-all memoir of her time spent in early Hollywood. A supercentenarian, she was one of the oldest surviving entertainers from the silent film era. 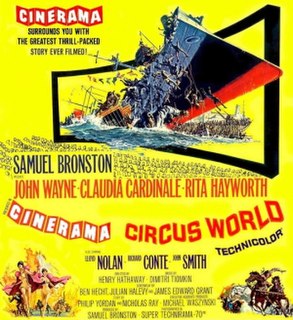 Circus World is a 1964 drama film starring John Wayne, Claudia Cardinale and Rita Hayworth. It was directed by Henry Hathaway and produced by Samuel Bronston, with a screenplay by Ben Hecht, Julian Zimet, and James Edward Grant, from a story by Bernard Gordon and Nicholas Ray.

A. Scott Frank is an American screenwriter, film director, and author. Known as "one of the most reliable and highly-paid screenwriters in the business", Frank received two Academy Award nominations for Best Adapted Screenplay for Out of Sight (1998) and Logan (2017). His film work, credited and uncredited, extends to dozens of films. In recent years he has worked for Netflix on television miniseries, most prominently co-creating The Queen's Gambit with Allan Scott. 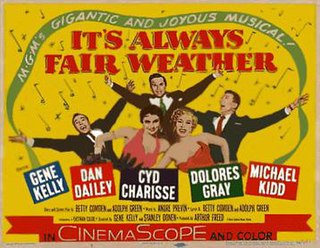 A spec script, also known as a speculative screenplay, is a non-commissioned and unsolicited screenplay. It is usually written by a screenwriter who hopes to have the script optioned and eventually purchased by a producer, production company, or studio.

Karl Tunberg was an American screenwriter and occasional film producer. His screenplays for Tall, Dark and Handsome (1941) and Ben-Hur (1959) were nominated for the Academy Award for Best Original Screenplay and Best Adapted Screenplay, respectively. 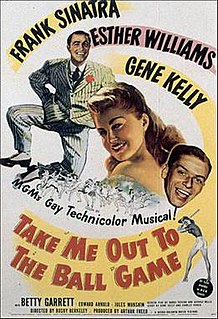 Take Me Out to the Ball Game is a 1949 Technicolor musical film produced in the Arthur Freed unit of MGM. It stars Frank Sinatra, Esther Williams, and Gene Kelly, features Betty Garrett, Edward Arnold and Jules Munshin, and was directed by Busby Berkeley. The title and nominal theme is taken from the unofficial anthem of American baseball, "Take Me Out to the Ball Game". The film was released in the United Kingdom as Everybody's Cheering.

Alma Hanlon was an American silent film actress. Hanlon's film career was short, lasting only four years. She appeared in twenty-three films. Her first film role was as Dorothy Dare in The Fixer (1915) and her last was in The Profiteer (1919). 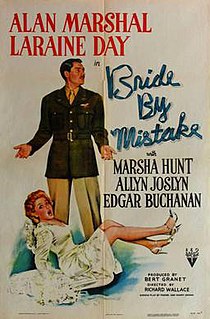 Bride by Mistake (1944) is an American romantic comedy film directed by Richard Wallace, and starring Alan Marshal and Laraine Day. 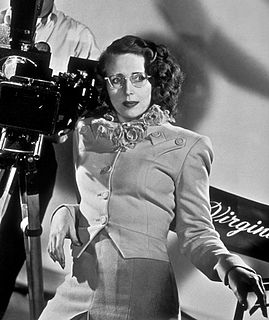 Sarah Y. Mason was an American screenwriter and script supervisor.

Michael H. Weber is an American screenwriter and producer from Great Neck, New York. He and his writing partner Scott Neustadter have written the original screenplays for the films 500 Days of Summer (2009) and The Pink Panther 2 (2009). They also wrote the screenplays for The Spectacular Now (2013), based on the novel by Tim Tharp, The Fault in Our Stars (2014), based on the best-selling novel by John Green and Paper Towns (2015), based on another novel by Green.

Gertrude M. Purcell was an American screenwriter, playwright, and stage actress known for her work on films like The Invisible Woman and Destry Rides Again.