Dorothy Featherstone Porter (26 March 1954 – 10 December 2008) was an Australian poet. She was a recipient of the Christopher Brennan Award.

The Christopher Brennan Award is an Australian award given for lifetime achievement in poetry. The award, established in 1973, takes the form of a bronze plaque which is presented to a poet who produces work of "sustained quality and distinction". It is awarded by the Fellowship of Australian Writers and is named after the poet Christopher Brennan.

Porter was born in Sydney. Her father was barrister Chester Porter and her mother, Jean, was a high school chemistry teacher. Porter attended the Queenwood School for Girls. She graduated from the University of Sydney in 1975 with a Bachelor of Arts majoring in English and History. [1]

The Queenwood School for Girls, often abbreviated as Queenwood, is a multi-campus independent non-denominational Christian co-educational primary and secondary day school for girls, located in the suburb of Mosman, on the Lower North Shore of Sydney, New South Wales, Australia. 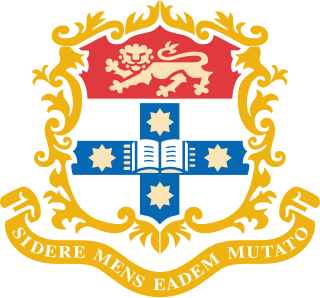 Porter's awards include The Age Book of the Year for poetry, the National Book Council Award for The Monkey's Mask and the FAW Christopher Brennan Award for poetry. Two of her verse novels were shortlisted for the Miles Franklin Award: What a Piece of Work in 2000 and Wild Surmise in 2003. In 2000, the film The Monkey's Mask was made from her verse novel of the same name. In 2005, her libretto The Eternity Man , co-written with composer Jonathan Mills, was performed at the Sydney Festival. [2]

The Age Book of the Year Awards were annual literary awards presented by Melbourne's The Age newspaper. The awards were first presented in 1974. After 1998, they were presented as part of the Melbourne Writers Festival. Initially, two awards were given, one for fiction, the other for non-fiction work, but in 1993, a poetry award in honour of Dinny O'Hearn was added. The criteria were that the works be "of outstanding literary merit and express Australian identity or character", and be published in the year before the award was made. One of the award-winners was chosen as The Age Book of the Year. The awards were discontinued in 2013. 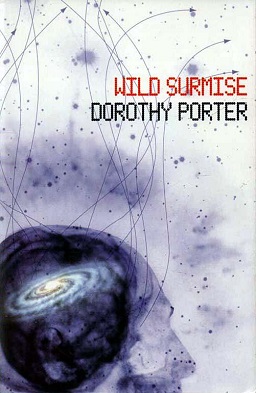 Wild Surmise is a 2002 verse novel by Australian poet Dorothy Porter which was shortlisted for the 2003 Miles Franklin Award.

Porter's last book published during her life was El Dorado, her fifth verse novel, about a serial child killer. The book was nominated for several awards including the inaugural Prime Minister's Literary Award in 2007 and for Best Fiction in the Ned Kelly Awards. [3]

Two other works have been published posthumously: her poetry collection The Bee Hut (2009), as well as has her final completed work, an essay on literary criticism and emotions, entitled On Passion.

Porter, who found many outlets for writing, including fiction for young adults and libretti for chamber operas, was working on a rock opera called January with Tim Finn at the time of her death. [3]

Porter was an open lesbian [4] and in 1993 moved to Melbourne to be with her partner, fellow writer Andrea Goldsmith. The couple were coincidentally both shortlisted in the 2003 Miles Franklin Award for literature. [3] In 2009, Porter was posthumously recognised by the website Samesame.com.au as one of the most influential gay and lesbian Australians. [5]

Porter was a self-described pagan, committed to pagan principles of courage, stoicism and commitment to the earth and beauty.

Porter had been suffering from breast cancer for four years before her death, but "many thought she was winning the battle," according to journalist Matt Buchanan. [3] In the last three weeks of her life she became very sick and was admitted to hospital, where she was in intensive care for the final 10 days. She died aged 54 on 10 December 2008. [3]

Dorothy Coade Hewett was an Australian feminist poet, novelist and playwright. She has been called "one of Australia's best-loved and most respected writers". She was also a member of the Communist Party for a period, though she clashed on many occasions with the party leadership. In recognition of her 20 volumes of published literature, she received the Order of Australia, has a Writer's Walk plaque at Circular Quay, and a street named for her in Canberra. The Dorothy Hewett Award for an unpublished manuscript was established in 2015 by UWA Publishing. She was a recipient of the Christopher Brennan Award.

Dorothy Allison is an American writer from South Carolina whose writing focuses on class struggle, sexual abuse, child abuse, feminism and lesbianism. She is a self-identified lesbian femme. Allison has won a number of awards for her writing, including several Lambda Literary Awards. In 2014, Allison was elected to membership in the Fellowship of Southern Writers.

A verse novel is a type of narrative poetry in which a novel-length narrative is told through the medium of poetry rather than prose. Either simple or complex stanzaic verse-forms may be used, but there will usually be a large cast, multiple voices, dialogue, narration, description, and action in a novelistic manner.

Rosemary de Brissac Dobson, AO was an Australian poet, who was also an illustrator, editor and anthologist. She published fourteen volumes of poetry, was published in almost every annual volume of Australian Poetry and has been translated into French and other languages.

Antigone Kefala is a contemporary Australian poet and prose-writer of Greek-Romanian heritage. She has been a member of the Literature Board of the Australia Council and is acknowledged as being an important voice in capturing the migrant experience in contemporary Australia. In 2017, Kefala was awarded the State Library of Queensland Poetry Collection Judith Wright Calanthe Award at the Queensland Literary Awards for her collection of poems entitled Fragments.

Nancy Phelan was an Australian writer who published over 25 books, including novels, biographies, memoirs, travel books and a cookbook. She travelled widely throughout Europe, the Pacific, Asia and the Middle East.

Kate Lilley is a contemporary Australian poet and academic.

The Monkey's Mask is an international co-production 2000 thriller film directed by Samantha Lang. It stars Susie Porter and Kelly McGillis. Porter plays a lesbian private detective who falls in love with a suspect (McGillis) in the disappearance of a young woman. The film is based on the verse novel of the same name by Australian poet Dorothy Porter.

Andrea Goldsmith is an Australian writer and novelist.

This article presents a list of the historical events and publications of Australian literature during 2010.

Beatriz Copello is an Australian writer, poet, playwright and psychologist. Her fiction and poetry has been published in Australia and overseas, in literary journals such as Southerly and Australian Women's Book Review, and in several anthologies and feminist publications. Her poems have been translated into Italian, Spanish, Polish and Chinese. She is the recipient of several prizes, including a first prize at the 2000 Sydney Writers' Festival. Her book of lesbian poetry Women Souls and Shadows is her best-known work.

Stephen Kenneth Kelen, known as S. K. Kelen, is an Australian poet and educator. His father, Stephen Estaban Kelen, was a journalist and writer, and his brother, Christopher Kelen, is also a poet. S. K. Kelen began publishing poetry in 1973, when he won a Poetry Australia contest for young poets and several of his poems were published in that journal.

Ali Cobby Eckermann is an Australian poet of Indigenous Australian ancestry. She is a Yankunytjatjara/Kokatha woman born on Kaurna land in South Australia.