Duke of Enghien (French : Duc d'Enghien, pronounced [dɑ̃ɡɛ̃] with a silent i) was a noble title pertaining to the House of Condé. It was only associated with the town of Enghien for a short time.

The title was first conferred on Louis I de Bourbon, Prince de Condé, [1] whose County of Enghien in modern-day Belgium was elevated to a duchy-peerage in 1566. However, the necessary registration process was not completed, so the title became extinct at his death in 1569. In spite of this legal loophole, from 1569 to 1689 the eldest son of the Prince of Condé also held the title of Duke of Enghien. The most famous of them is Louis II, also known as the Great Condé, who held the title of Duke of Enghien from his birth in 1621 to his father's death in 1646.

Most often it refers to Louis-Antoine-Henri de Bourbon-Condé, duc d'Enghien (1772–1804), the son of Louis Henry II, whose execution on trumped-up charges in 1804 during the French Consulate removed any hope of reconciliation between Napoleon Bonaparte and the House of Bourbon. The duke was executed in the moat of the Château de Vincennes.

On the death of the last duke in 1830, the title passed to Louis Philippe III, Duke of Orléans, a great-great-grandson of the Louis I, Duke of Enghien through the female line. He had become King of the French as Louis Philippe I a month earlier.

Enghien is a city and municipality of Wallonia located in the province of Hainaut, Belgium.

The Most Serene House of Bourbon-Condé, named after Condé-en-Brie now in the Aisne département, was a French princely house and a cadet branch of the House of Bourbon. The name of the house was derived from the title of Prince of Condé that was originally assumed around 1557 by the French Protestant leader, Louis de Bourbon (1530–1569), uncle of King Henry IV of France, and borne by his male-line descendants. 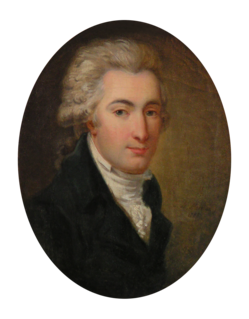 Louis Antoine de Bourbon, Duke of Enghien was a member of the House of Bourbon of France. More famous for his death than for his life, he was executed on charges of aiding Britain and plotting against France. Royalty across Europe were shocked and dismayed at his execution. Tsar Alexander I of Russia was especially alarmed, and subsequently attempted to curb Napoleon's power.

François Louis de Bourbon, le Grand Conti, was Prince de Conti, succeeding his brother, Louis Armand de Bourbon, in 1685. Until this date, he used the title of Prince of La Roche-sur-Yon. He was son of Armand de Bourbon, Prince of Conti and Anne Marie Martinozzi, daughter of Girolamo Martinozzi and niece of Cardinal Mazarin, through her mother. He was proclaimed as the King of Poland in 1697. He is the most famous member of the Conti family, a cadet branch of the Princes of Condé. As a member of the reigning House of Bourbon, he was a prince du sang.

Louis de Bourbon, or Louis III, Prince of Condé, was a prince du sang as a member of the reigning House of Bourbon at the French court of Louis XIV. Styled as the Duke of Bourbon from birth, he succeeded his father as Prince of Condé in 1709; however, he was still known by the ducal title. He was prince for less than a year. 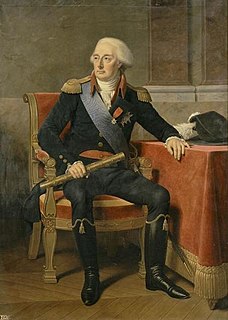 Louis Henri Joseph de Bourbon was the Prince of Condé from 1818 to his death. He was the brother-in-law of Philippe Égalité and nephew of Victoire de Rohan. 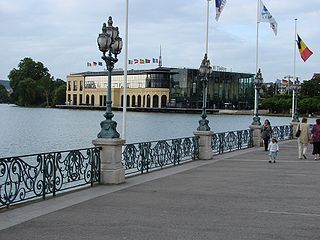 Prince Louis may refer to: 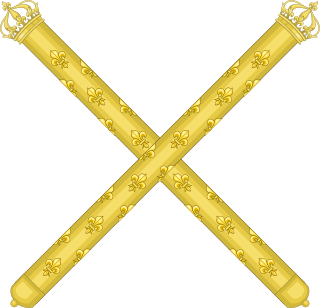 The Grand Master of France was, during the Ancien Régime and Bourbon Restoration in France, one of the Great Officers of the Crown of France and head of the "Maison du Roi", the king's royal household. The position is similar to that of Lord Steward in England.