Dyfed–Powys Police (Welsh : Heddlu Dyfed–Powys) is the territorial police force responsible for policing Carmarthenshire, Ceredigion and Pembrokeshire (which make up the former administrative area of Dyfed) and the unitary authority of Powys (covering Brecknockshire, Radnorshire and Montgomeryshire), in Wales. The territory it covers is the largest police area in England and Wales, and the third largest in the United Kingdom, after Police Scotland and the Police Service of Northern Ireland. The force's headquarters are located in the town of Carmarthen.

The Dyfed–Powys region has over 350 miles of coastline, an area of 8,700 square kilometres and many remote rural communities – yet also a number of old industrial areas that are currently experiencing significant change and redevelopment.

Despite the size of the area, the population is under 500,000, although it is boosted each year with large tourist numbers. The small population is reflected in the size of its workforce; 1,159 full-time police officers, 98 Special Constables and 140 Police Community Support Officers (PCSOs), 38 designated officers and 589 police staff. [3] It is the eleventh smallest police force in the United Kingdom in terms of number of police officers.

Under proposals made by the Home Secretary Charles Clarke on 6 February 2006, it was proposed to merge Dyfed–Powys Police with North Wales Police, South Wales Police and Gwent Police, to form a single strategic force for all of Wales. [4] Following fierce opposition to the proposed changes from many quarters (including the police themselves) during the summer of 2006, the new Home Secretary John Reid abandoned the proposed restructuring of the police service in England and Wales.

In 2010 it was announced that most UK public services would be subject to budget cuts over the next five years. Dyfed–Powys Police is one of these public services faced with this problem and had to find savings of £34m between 2010 and 2015, and £13m in each subsequent year. Chief Constable Ian Arundale warned that there was going to be a "significant impact" on the front line.

Arundale said he accepted that cuts had to be made in the Dyfed–Powys force area and hoped to achieve this through natural wastage and voluntary redundancies. [5] However, in 2011 the police service announced the recruitment of 39 new officers, 18 Police Constables and 21 Special Constables, showing commitment to the communities it serves during difficult financial times. [6]

From March 2000 to 19 November 2007 the Chief Constable was Terry Grange. Following a complaint, and during an investigation by the Independent Police Complaints Commission (IPCC) into financial irregularities, Grange retired with immediate effect. Dyfed–Powys Police Authority said it had accepted with regret his retirement with immediate effect, adding that Grange "had indicated that he had allowed his private life to interfere with his professional role. This has led the police authority to consider the chief constable's position and it was considered to be appropriate to accept his retirement." [7] The IPCC continues its investigation. [8] In newspapers of 25 November, it emerged that Mr Grange was accused of letting his personal relationship with a judge interfere with the force's handling of child abuse claims against the judge – Mr Grange was the ACPO spokesperson on child abuse issues. [9]

Dyfed–Powys Police service, through late 2010 and early 2011 re-structured its Special Constabulary. This is the part-time volunteer section; its officers are known as Special Constables (all hold the office of Constable no matter what their rank) or informally as Specials. [10]

With this restructuring, Dyfed–Powys Police is the first police service in Wales to adopt the National Policing Improvement Agencies (NPIA) National Recruitment Standards for Special Constables. Also the training for Special Constables has improved and now is similar to that of a regular Police Constable in its structure and time frame. [12] 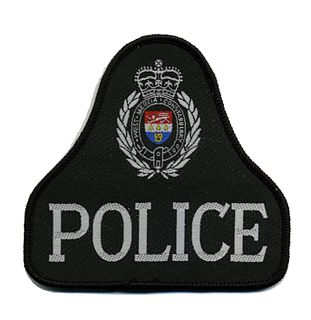 West Mercia Police, formerly known as West Mercia Constabulary, is the territorial police force responsible for policing the counties of Herefordshire, Shropshire and Worcestershire in England. The force area covers 2,868 square miles (7,430 km2) making it the fourth largest police area in England and Wales. The resident population of the area is 1.19 million Its name comes from the ancient kingdom of Mercia. 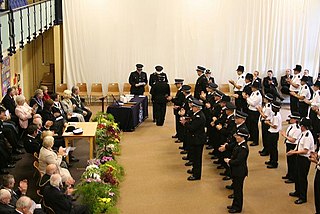 The Special Constabulary is the part-time volunteer section of statutory police forces in the United Kingdom and some Crown dependencies. Its officers are known as special constables.

Avon and Somerset Police is the territorial police force responsible for law enforcement in the county of Somerset and in four districts that used to be in the defunct county of Avon: Bristol, Bath and North East Somerset, North Somerset and South Gloucestershire.

Cambridgeshire Constabulary is the local territorial police force that covers the territory of the counties of Cambridgeshire and Peterborough. It provides law enforcement and security for an area of just under 3400 km² and population of nearly a million people in a predominantly rural county. The force of Cambridgeshire includes the cities of Cambridge, Ely and Peterborough, the market towns of St Ives, Huntingdon and St Neots, and the historic Fenland towns of Ramsey, Chatteris, Wisbech, Whittlesey and March. The constabulary's logo is a crowned Brunswick star with two wavy blue lines representing the two major rivers that flow the area, the Cam and the Nene. 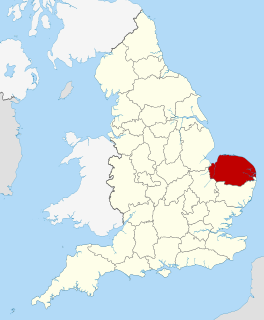 Norfolk Constabulary is the territorial police force responsible for the county of Norfolk in England. In March 2016, the force had a strength of 1,515 constables, 915 police staff, 251 special constables and 171 PCSOs

South Wales Police is one of the four territorial police forces in Wales; the largest in Wales by strength and population served, and the seventh largest in the UK. It is headquartered in Bridgend.

Northumbria Police is the territorial police force responsible for policing the metropolitan county of Tyne and Wear and the ceremonial county of Northumberland in North East England.

Surrey Police is the territorial police force responsible for policing the county of Surrey in South East England.

Mid-Wales Constabulary was the Home Office police force for the counties of Brecknockshire, Radnorshire and Montgomeryshire, Wales, between 1948 and 1968. 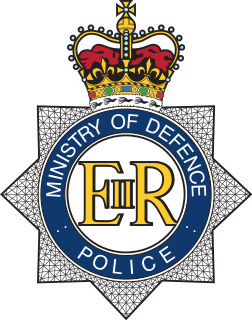 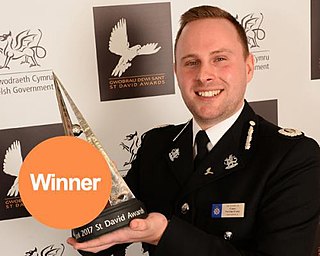