E24 Näringsliv is a Swedish online business newspaper based in Stockholm, Sweden. It was previously named Näringsliv24 (N24, Business24), but changed to E24 in 2006. It started as N24 on 4 October 2005, and is owned by Svenska Dagbladet (60%) and Aftonbladet (40%). The current editor-in-chief is Per Lundsjö.

E24 Näringsliv exchanges material with SvD.se and Aftonbladet.se, and has a job recruitment site, Jobb24.se.

Linx AB was a railway company which operated inter-Scandinavian passenger trains between 2001 and 2004. Established as a joint venture between the Norwegian State Railways (NSB) and the Swedish state-owned SJ, Linx operated the routes from Oslo, Norway, to Stockholm, Sweden, and from Oslo via Gothenburg, Sweden, to Copenhagen, Denmark. Services were provided up to ten times per day. However, slow speeds caused by curvy infrastructure in Norway, combined with competition from low-cost airlines, caused the company to lose money, and eventually grounded operations. The services were taken over by NSB and SJ. The main rolling stock were eleven X2 electric multiple units, although it used SJ Rc-hauled trains on the Gothenburg–Oslo service. The company was based in Gothenburg. 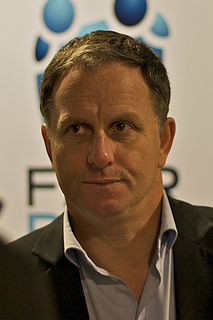 Jan Jönsson is a Swedish football manager and former player who is currently the head coach of Eliteserien club Stabæk. 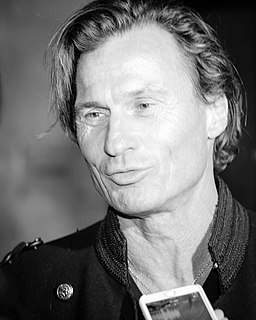 Petter Anker Stordalen is a Norwegian billionaire businessman, hotel and property developer and self-proclaimed environmentalist. He has an estimated net worth of US$1.3 billion stemming from investments in hotels, shopping centers and property. Stordalen owns Strawberry, a corporate group consisting of ten companies in real estate, finance, hotels and art. Through Strawberry Hospitality Group, Stordalen owns Nordic Choice Hotels, consisting of over 200 hotels and employing 17,000 people. In the later stages of his career, Stordalen has pursued a number of philanthropic endeavors together with his wife, doctor and environmentalist Gunhild Anker Stordalen, donating large amounts of money to various charitable organizations within environment/climate change and scientific research programs through the Stordalen Foundation, established in 2011.

Einar Fredrik Åke Tinius Nagell-Erichsen was a Norwegian publisher, noted for his leadership of the Schibsted media conglomerate which includes the broadsheet newspaper Aftenposten and the tabloid Verdens gang.

Mohammad Usman Rana is a Norwegian commentator, columnist and medical doctor, having earned his degree at the University of Oslo.

Asbjørn Engen was a Norwegian newspaper editor and organizational leader.

Skavlan is a Norwegian-Swedish television talk show hosted by Norwegian journalist Fredrik Skavlan. It premiered in Sweden on Sveriges Television (SVT) in January 2009, and the first guests to appear on the show were former Prime Minister of Sweden Göran Persson and his wife Anitra Steen. On 8 May 2009, it was announced that Skavlan had been renewed for a second season. It was also announced that the show would no longer only be produced by SVT in Sweden; Skavlan would now be partly produced in Norway by the Norwegian Broadcasting Corporation (NRK). The first twelve episodes of Skavlan's second season were produced by SVT in Sweden, and the remaining twelve by NRK in Norway. It is now produced by Monkberry, who took over production duties from the 4th season, run by presenter Fredrik Skavlan and producer Marianne Torp-Kierulf. 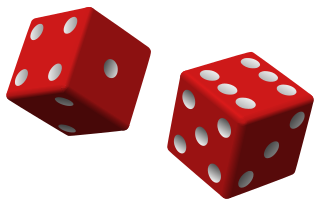 The "dice throw" is a method of review which is often used in Norway and occasionally in Sweden. It is characterized by the use of a white-on-red die graphic to represent the movie's rating in the review, and is similar to stars or letters used in other countries.

Alf Tande-Petersen, nicknamed Tande-P, is a Norwegian television personality, journalist, writer and businessperson. In his early career he wrote for newspapers and was a radio presenter, and he has released books in several genres, mostly humor and crime novels. He was also behind various revues and stage shows. As a television presenter he was very successful, peaking in 1992 with the show Tande-På programmet which at times was viewed by almost half of Norway's population. He also had a business venture as a restaurant owner, but after three years the companies went bankrupt.

Arne Johannes Myrdal was a Norwegian local politician and later a convicted anti-immigration activist. He also saw himself as a very religious man. He had a varied working career, including as a military officer and businessman. He was active in local politics for the Labour Party in the 1960s, until he broke out and founded the local "Øyestad Free Labour Party". In 1981, he came in the public spotlight for having co-written a highly controversial local history book for Øyestad.

Sander Svendsen is a Norwegian footballer who plays for Odense Boldklub in the Danish Superliga.

Schibsted ASA is a multinational internet group. Headquartered in Norway, its principal operations are in internet communication, entertainment, gaming and e-commerce. It was founded in 1839, in Oslo, by Christian Schibsted. As of 31 December 2019, Schibsted had 5,006 employees. The Group's turnover in 2019 totalled NOK 19.075 billion. Announced in April 2019, Schibsted is listing its internet marketplace assets on the Oslo Stock Exchange as Adevinta.