ECMAScript (or ES) [1] is a scripting-language specification standardized by Ecma International. It was created to standardize JavaScript to help foster multiple independent implementations. JavaScript has remained the most widely used implementation of ECMAScript since the standard was first published, with other implementations including JScript and ActionScript. [2] ECMAScript is commonly used for client-side scripting on the World Wide Web, and it is increasingly being used for writing server applications and services using Node.js.

The ECMAScript specification is a standardized specification of a scripting language developed by Brendan Eich of Netscape; initially it was named Mocha, later LiveScript, and finally JavaScript. [3] In December 1995, Sun Microsystems and Netscape announced JavaScript in a press release. [4] In November 1996, Netscape announced a meeting of the Ecma International standards organization to advance the standardization of JavaScript. [5] The first edition of ECMA-262 was adopted by the Ecma General Assembly in June 1997. Several editions of the language standard have been published since then. The name "ECMAScript" was a compromise between the organizations involved in standardizing the language, especially Netscape and Microsoft, whose disputes dominated the early standards sessions. Eich commented that "ECMAScript was always an unwanted trade name that sounds like a skin disease." [6] ECMAScript has been formalised through operational semantics by work at Stanford University and the Department of Computing, Imperial College London for security analysis and standardization. [7]

While both JavaScript and JScript aim to be compatible with ECMAScript, they also provide additional features not described in the ECMA specifications. [8] [9]

In June 2004, Ecma International published ECMA-357 standard, defining an extension to ECMAScript, known as ECMAScript for XML (E4X). Ecma also defined a "Compact Profile" for ECMAScript – known as ES-CP, or ECMA 327 – that was designed for resource-constrained devices, which was withdrawn in 2015. [16]

The proposed fourth edition of ECMA-262 (ECMAScript 4 or ES4) would have been the first major update to ECMAScript since the third edition was published in 1999. The specification (along with a reference implementation) was originally targeted for completion by October 2008. [17] An overview of the language was released by the working group on October 23, 2007. [18]

By August 2008, the ECMAScript 4th edition proposal had been scaled back into a project codenamed ECMAScript Harmony. Features under discussion for Harmony at the time included

The intent of these features was partly to better support programming in the large , and to allow sacrificing some of the script's ability to be dynamic to improve performance. For example, Tamarin – the virtual machine for ActionScript, developed and open-sourced by Adobe – has just-in-time compilation (JIT) support for certain classes of scripts.

In addition to introducing new features, some ES3 bugs were proposed to be fixed in edition 4. [19] [20] These fixes and others, and support for JSON encoding/decoding, have been folded into the ECMAScript, 5th Edition specification. [21]

Work started on Edition 4 after the ES-CP (Compact Profile) specification was completed, and continued for approximately 18 months where slow progress was made balancing the theory of Netscape's JavaScript 2 specification with the implementation experience of Microsoft's JScript .NET. After some time, the focus shifted to the ECMAScript for XML (E4X) standard. The update has not been without controversy. In late 2007, a debate between Eich, later the Mozilla Foundation's CTO, and Chris Wilson, Microsoft's platform architect for Internet Explorer, became public on a number of blogs. Wilson cautioned that because the proposed changes to ECMAScript made it backwards incompatible in some respects to earlier versions of the language, the update amounted to "breaking the Web," [22] and that stakeholders who opposed the changes were being "hidden from view". [23] Eich responded by stating that Wilson seemed to be "repeating falsehoods in blogs" and denied that there was attempt to suppress dissent and challenged critics to give specific examples of incompatibility. [24] He pointed out that Microsoft Silverlight and Adobe AIR rely on C# and ActionScript 3 respectively, both of which are larger and more complex than ECMAScript Edition 3. [25]

Yahoo, Microsoft, Google, and other 4th edition dissenters formed their own subcommittee to design a less ambitious update of ECMAScript 3, tentatively named ECMAScript 3.1. This edition would focus on security and library updates with a large emphasis on compatibility. After the aforementioned public sparring, the ECMAScript 3.1 and ECMAScript 4 teams agreed on a compromise: the two editions would be worked on, in parallel, with coordination between the teams to ensure that ECMAScript 3.1 remains a strict subset of ECMAScript 4 in both semantics and syntax.

However, the differing philosophies in each team resulted in repeated breakages of the subset rule, and it remained doubtful that the ECMAScript 4 dissenters would ever support or implement ECMAScript 4 in the future. After over a year since the disagreement over the future of ECMAScript within the Ecma Technical Committee 39, the two teams reached a new compromise in July 2008: Brendan Eich announced that Ecma TC39 would focus work on the ECMAScript 3.1 (later renamed to ECMAScript, 5th Edition) project with full collaboration of all parties, and vendors would target at least two interoperable implementations by early 2009. [26] [27] In April 2009, Ecma TC39 published the "final" draft of the 5th edition and announced that testing of interoperable implementations was expected to be completed by mid-July. [28] On December 3, 2009, ECMA-262 5th edition was published. [29]

ES.Next is a dynamic name that refers to whatever the next version is at the time of writing. ES.Next features are finished proposals (aka "stage 4 proposals") as listed at finished proposal that are not part of a ratified specification. The language committee follows a "living spec" model so these changes are part of the standard and ratification is a formality. [ citation needed ]

ECMAScript JavaScript is weakly typed. This means that certain types are assigned implicitly based on the operation being performed. However, there are several quirks in JavaScript's implementation of the conversion of a variable from one type to another. These quirks have drawn criticism from many developers.[ citation needed ]

Since ES 2015, transpiling JavaScript has become very common. Transpilation is a source-to-source compilation in which the newer versions of JavaScript are used in the user's source code and the transpiler rewrites them so that they are compliant with the current specification. Usually, transpilers transpile down to ES3 to maintain compatibility with all versions of browsers. The settings to transpiling to a specific version can be configured according to need. Transpiling adds an extra step to the build process and is sometimes done to avoid needing polyfills. Polyfills allow using functionalities from newer ECMA versions in older environments that lack them. Polyfills do this at runtime in the interpreter, such as the user's browser or on the server. Instead, transpiling rewrites the ECMA code itself during the build phase of development, before it reaches the interpreter.

In 2010, Ecma International started developing a standards test for Ecma 262 ECMAScript. [40] Test262 is an ECMAScript conformance test suite that can be used to check how closely a JavaScript implementation follows the ECMAScript 5th Edition Specification. The test suite contains thousands of individual tests, each of which tests some specific requirements of the ECMAScript specification. The development of Test262 is a project of the Ecma Technical Committee 39 (TC39). The testing framework and individual tests are created by member organizations of TC39 and contributed to Ecma for use in Test262.

Important contributions were made by Google (Sputnik testsuite) and Microsoft who both contributed thousands of tests. The Test262 testsuite consisted of 38014 tests as of January 2020 [update] . [41] ECMAScript specifications through ES7 are well-supported in major web browsers. The table below shows the conformance rate for current versions of software with respect to the most recent editions of ECMAScript. 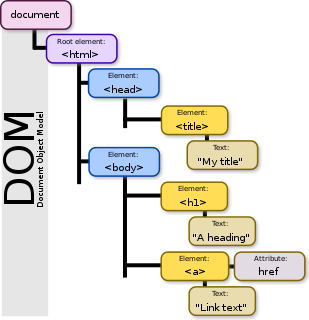 JavaScript, often abbreviated as JS, is an interpreted programming language that conforms to the ECMAScript specification. JavaScript is high-level, often just-in-time compiled, and multi-paradigm. It has curly-bracket syntax, dynamic typing, prototype-based object-orientation, and first-class functions.

SpiderMonkey is the code name for the first JavaScript engine, written by Brendan Eich at Netscape Communications, later released as open-source and currently maintained by the Mozilla Foundation.

JScript is Microsoft's dialect of the ECMAScript standard that is used in Microsoft's Internet Explorer.

Rhino is a JavaScript engine written fully in Java and managed by the Mozilla Foundation as open source software. It is separate from the SpiderMonkey engine, which is also developed by Mozilla, but written in C++ and used in Mozilla Firefox.

Web standards are the formal, non-proprietary standards and other technical specifications that define and describe aspects of the World Wide Web. In recent years, the term has been more frequently associated with the trend of endorsing a set of standardized best practices for building web sites, and a philosophy of web design and development that includes those methods.

Ecma is a standards organization for information and communication systems. It acquired its current name in 1994, when the European Computer Manufacturers Association (ECMA) changed its name to reflect the organization's global reach and activities. As a consequence, the name is no longer considered an acronym and no longer uses full capitalization.

JavaScript Object Notation is an open-standard file format or data interchange format that uses human-readable text to transmit data objects consisting of attribute–value pairs and array data types. It is a very common data format, with a diverse range of applications, such as serving as replacement for XML in AJAX systems.

A JavaScript engine is a computer program that executes JavaScript (JS) code. The first JavaScript engines were mere interpreters, but all relevant modern engines utilize just-in-time compilation for improved performance.

Cross-browser compatibility is the ability of a website or web application to function across different browsers and degrade gracefully when browser features are absent or lacking.

ECMAScript for XML (E4X) is the standard ISO/IEC 22537:2006 programming language extension that adds native XML support to ECMAScript. The goal is to provide an alternative to DOM interfaces that uses a simpler syntax for accessing XML documents. It also offers a new way of making XML visible. Before the release of E4X, XML was always accessed at an object level. E4X instead treats XML as a primitive. This implies faster access, better support, and acceptance as a building block of a program.

C# is a general-purpose, multi-paradigm programming language encompassing strong typing, lexically scoped, imperative, declarative, functional, generic, object-oriented (class-based), and component-oriented programming disciplines. It was developed around 2000 by Microsoft as part of its .NET initiative, and later approved as an international standard by Ecma (ECMA-334) and ISO. Mono is the name of the free and open-source project to develop a compiler and runtime for the language. C# is one of the programming languages designed for the Common Language Infrastructure (CLI).

TypeScript is an open-source programming language developed and maintained by Microsoft. It is a strict syntactical superset of JavaScript, and adds optional static typing to the language.

Google Closure Tools is a set of tools to help developers build rich web applications with JavaScript. It was developed by Google for use in their web applications such as Gmail, Google Docs and Google Maps.

Sputnik was a JavaScript conformance test suite. The purpose of the test suite was to determine how well a JavaScript implementation adheres to the ECMA-262 specification, 5th edition, looking only at those features that were also present in the 3rd edition. It contained over 5000 tests that touched all aspects of the JavaScript language.