EPO (Proletarian Education, French: Education prolétarienne, Dutch: Proletarische Opvoeding) is a Belgian publisher of mainly nonfiction. It publishes approximately 25 books a year in Dutch and French, mainly centered on politics, history and sociology. These books tend to be of progressive nature. The publisher is closely linked to the Workers' Party of Belgium.

Leuven or Louvain is the capital and largest city of the province of Flemish Brabant in the Flemish Region of Belgium. It is located about 25 kilometres east of Brussels. The municipality itself comprises the historic city and the former neighbouring municipalities of Heverlee, Kessel-Lo, a part of Korbeek-Lo, Wilsele and Wijgmaal. It is the eighth largest city in Belgium with more than 100,244 inhabitants.

Ludo Martens was a Belgian activist and historian who founded and served as the first leader of the Workers' Party of Belgium. He wrote several works on the political history of Central Africa and the Soviet Union. 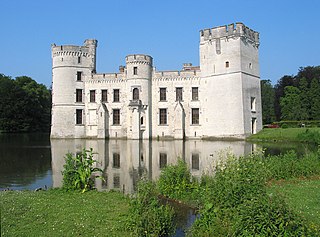 Bouchout Castle is a castle in the Flemish town of Meise, Belgium. In the 12th century, this territory of the young Duchy of Brabant was strategically positioned between the County of Flanders and the Berthout family, lords of Grimbergen. Most likely, the first fortification was built by Wouter van Craaynem at the end of the Grimbergen Wars (1150–1170). Bouchout Castle is situated at an altitude of 32 meters. 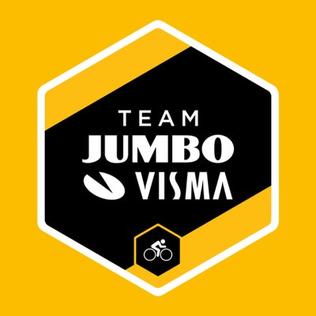 Éditions Dupuis S.A. is a Belgian publisher of comic albums and magazines.

Dutch comics are comics made in the Netherlands. In Dutch the most common designation for the whole art form is "strip", whereas the word "comic" is used for the (usually) soft cover American style comic book format and its derivatives, typically containing translated US superhero material. This use of the in colloquial Dutch adopted English word for that format can cause confusion in English language texts.

Jan Bosschaert is a Belgian comics artist, painter and illustrator, best known for the comic series Sam and Jaguar, and his illustrations for the books of Marc De Bel. 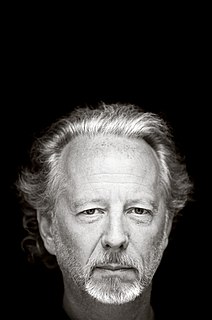 Stefan Hertmans is a Flemish Belgian writer. He was head of a study centre at University College Ghent and affiliated researcher of the Ghent University. He won the Ferdinand Bordewijk Prijs in 2002 for the novel Als op de eerste dag. 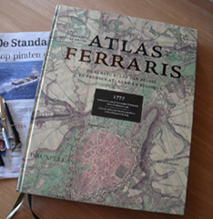 Het Gulden Cabinet vande Edel Vry Schilder-Const or The Golden Cabinet of the Noble Liberal Art of Painting is a book by the 17th-century Flemish notary and rederijker Cornelis de Bie published in Antwerp. Written in the Dutch language, it contains artist biographies and panegyrics with engraved portraits of 16th- and 17th-century artists, predominantly from the Southern Netherlands. The work is a very important source of information on the artists it describes. It formed the principal source of information for later art historians such as Arnold Houbraken and Jacob Campo Weyerman. It was published in 1662, although the work also mentions 1661 as date of publication. 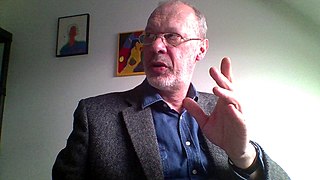 Jan Blommaert was a Belgian sociolinguist and linguistic anthropologist, Professor of Language, Culture and Globalization and Director of the Babylon Center at Tilburg University, the Netherlands. He also held appointments at Ghent University (Belgium) and University of the Western Cape. He was considered to be one of the world's most prominent sociolinguists and linguistic anthropologists, who had contributed substantially to sociolinguistic globalization theory that focuses on historical as well as contemporary patterns of the spread of languages and forms of literacy, and on lasting and new forms of inequality emerging from globalization processes. 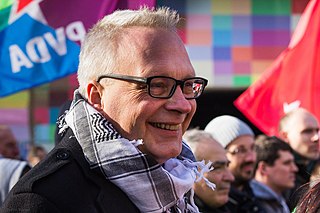 Peter Mertens is a Belgian sociologist, author and politician who has led the Workers' Party of Belgium since 2008. He has also served as a member of the Chamber of Representatives since 2019, and a municipal councilor in Antwerp since 2013.

The year in which the 1998 Tour de France took place marked the moment when cycling was fundamentally shattered by doping revelations. Paradoxically no riders were caught failing drug tests by any of the ordinary doping controls in place at the time. Nevertheless, several police searches and interrogations managed to prove existence of organized doping at the two teams Festina and TVM, who consequently had to withdraw from the race. After stage 16, the police also forced the virtual mountain jersey holder Rodolfo Massi to leave the race, due to having found illegal corticosteroids in his hotel room. The intensive police work then led to a peloton strike at stage 17, with a fallout of four Spanish teams and one Italian team deciding to leave the race in protest.

Cornelis Meyssens or Cornelis Meijssens was a Flemish engraver and printmaker, known for his reproductive prints after famous painters and portraits. He trained in his native Antwerp and later moved to Vienna where he worked for the remainder of his life.