ERT Sports (Greek : ΕΡΤ Sports) was a Greek free-to-air television channel, owned by the Hellenic Broadcasting Corporation, the state broadcaster of Greece. It was the first high-definition television channel in the country and started broadcasting on 27 April 2011 in several large cities such as Athens, Thessaloniki and Alexandroupoli as ERT HD. [1]

ERT HD broadcast such important international events as the Olympic Games, the UEFA European Championship and the Eurovision Song Contest. It broadcasts at 1080i frame, encoded at Advanced Video Coding on the DVB-T standard. [2]

On 1 December 2020, ERT Sports was replaced on terrestrial television by ERT1 HD, while at the same time, HD broadcasts began in 80% of the country's population, ERT2 and ERT3. ERT Sports will be broadcast only through the ERTFLIX platform.[ citation needed ]

The Greek private television channel Skai filed a lawsuit against state broadcaster in 2011 for what it claimed was an illegal monopoly on high-definition programming by the public broadcaster. In its lawsuit, Skai claimed that ERT was in violation of European Union regulations regarding competition. [3]

Greece has participated in the Eurovision Song Contest 40 times since its debut in 1974, missing six contests in that time. Greece's first win came in 2005 with "My Number One", sung by Helena Paparizou. The Greek national broadcaster, Ellinikí Radiofonía Tileórasi (ERT), broadcasts the event each year and organises the process for the selection of the Greek entry. Greece has never finished last in the contest. 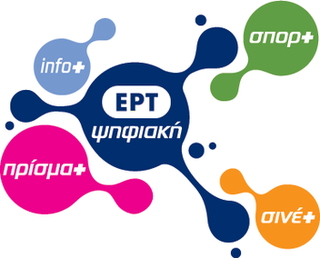 Greece took part in the Eurovision Song Contest 2011, held between 10 and 14 May 2011, placing seventh. On 2 March 2011, as part of the selection process organized by the Greek national broadcaster Hellenic Broadcasting Corporation (ERT), six competing acts—Antigoni Psihrami, Kokkina Halia, Loukas Giorkas, Nikki Ponte, Trimitonio, and Valanto Trifonos—performed their prospective entries live during a televised event. "Watch My Dance" was selected to represent Greece at the Eurovision Song Contest by a combination of a public televote and panel of judges. At the contest, it placed first in the first semi-final and seventh in the final marking Greece's eighth top ten placing in as many years.

Greece confirmed its participation in the Eurovision Song Contest 2013, to be held between 14 and 18 May 2013 in Malmö, Sweden. The Greek national broadcaster Hellenic Broadcasting Corporation (ERT), announced on 15 January 2013 that it had reached an agreement with private music channel MAD TV to take on the organization and production of a national final to select a song to represent Greece in the contest. Additionally, MAD TV will also handle all related preparations associated with the contest. ERT stated that it had taken this decision, after reaching out to record labels and failing to secure a deal with them as in previous years. A national final was held on 18 February 2013, with Koza Mostra & Agathonas Iakovidis winning with the song "Alcohol is Free". 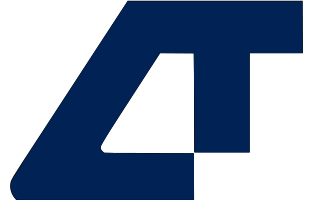 Greece participated in the Eurovision Song Contest 2016 with the song "Utopian Land" written by Vladimiros Sofianidis. The song was performed by the band Argo, which was internally selected by the Greek broadcaster Hellenic Broadcasting Corporation (ERT) to represent Greece at the 2016 contest in Stockholm, Sweden. Argo were announced at the Greek representatives on 9 February 2016, while their song "Utopian Land" was presented on 10 March 2016.

Greece participated in the Eurovision Song Contest 2018. The Greek national broadcaster Hellenic Broadcasting Corporation (ERT) announced that they will use a national final in order to find the Greek representative in Lisbon, after two consecutive years of internal selection. This decision was later reversed when all but one of the competing finalists' record labels were unable to provide a guarantee of the €20,000 fee requested by ERT, and thus "Oniro mou" sung by Gianna Terzi was internally selected.