ETSI (European Telecommunications Standards Institute) is an independent, not-for-profit, standardization organization in the field of information and communications. ETSI supports the development and testing of global technical standards for ICT-enabled systems, applications and services.

The organisation is located in Sophia-Antipolis, in the south of France.

The list of all ETSI technical committees, working and industry specification groups is accessible via the ETSI Website.

ETSI has more than 900 member organizations worldwide from 65 countries and five continents. Its community is diverse and includes all the key stakeholders of the ICT sector: private companies, research entities, academia, government and public bodies as well as societal stakeholders. Small and Medium Enterprises (SMEs) and Micro-Enterprises (MEs) represent more than a quarter of ETSI's total membership .The list of current members can be found on the ETSI website.

There are different types of membership:

ETSI has set up a portfolio of over 100 active partnership agreements with fora, consortia and international and regional Standards Development Organisations (SDOs) located all over the world in order to improve co-operation and thus facilitate the convergence of technologies

All ETSI partnership agreements are available on the ETSI Member Portal.

ETSI standards are available free of charge and can be downloaded from the ETSI website. Over 1 800 standards are published annually.

They are different types of deliverables, each with its own purpose.

ETSI has created a Centre for Testing and Interoperability (CTI) which mission is to provide hands-on support for testing and validation techniques to the different ETSI technical committees, 3GPP™ and oneM2M.

The CTI assists in the development of conformance and interoperability test specifications that are widely used for certification schemes.

The CTI has also been organizing interoperability events called Plugtests since 1999. Every year ETSI organizes an average of 12 Plugtests that cover diverse technologies,

ETSI organizes other interoperability events such as Hackathons and Hackfests to further support the validation and implementation of its standards.

A significant part of ETSI’s work is to identify new potential areas for standardization at an early stage in order to monitor the technologies that may influence the future of digital economy.

To do so ETSI uses several paths to develop a close interaction between research bodies and its technical committees:

ETSI has developed a comprehensive suite of educational materials on ICT standardization in collaboration with the EC and EFTA. It includes a comprehensive textbook, “Understanding ICT Standardization: Principles and Practice”, and an extensive set of over 380 slides to be used as teaching aides.

The teaching materials are targeted at third-level education, primarily for students of engineering or scientific subjects.

An open standard is a standard that is publicly available and has various rights to use associated with it and may also have various properties of how it was designed. There is no single definition, and interpretations vary with usage.

The 3rd Generation Partnership Project (3GPP) is an umbrella term for a number of standards organizations which develop protocols for mobile telecommunications. Its best known work is the development and maintenance of:

A standards organization, standards body, standards developing organization (SDO), or standards setting organization (SSO) is an organization whose primary function is developing, coordinating, promulgating, revising, amending, reissuing, interpreting, or otherwise producing technical standards to address the needs of a group of affected adopters. Put another way, such an organization works to create uniformity across producers, consumers, government agencies, and other relevant parties regarding terminology, product specifications, protocols, and more. Its goals could include ensuring that Company A's external hard drive works on Company B's computer, an individual's blood pressure measures the same with Company C's sphygmomanometer as it does with Company D's, or that all shirts that should not be ironed have the same icon on the label.

Ecma International is a nonprofit standards organization for information and communication systems. It acquired its current name in 1994, when the European Computer Manufacturers Association (ECMA) changed its name to reflect the organization's global reach and activities. As a consequence, the name is no longer considered an acronym and no longer uses full capitalization.

Parlay X was a set of standard Web service APIs for the telephone network. It is defunct and now replaced by OneAPI, which is the current valid standard from the GSM association for Telecom third party API.

3GP is a multimedia container format defined by the Third Generation Partnership Project (3GPP) for 3G UMTS multimedia services. It is used on 3G mobile phones but can also be played on some 2G and 4G phones.

The WiMedia Alliance was a non-profit industry trade group that promoted the adoption, regulation, standardization and multi-vendor interoperability of ultra-wideband (UWB) technologies. It existed from about 2002 through 2009.

ISO/IEC JTC 1, entitled "Information technology", is a joint technical committee (JTC) of the International Organization for Standardization (ISO) and the International Electrotechnical Commission (IEC). Its purpose is to develop, maintain and promote standards in the fields of information and communications technology (ICT). 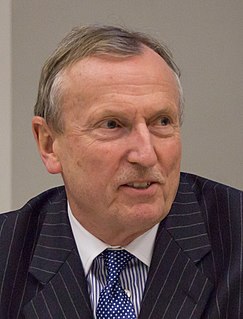 The Global Standards Collaboration (GSC) started life as The "Inter-regional Telecommunications Standards conference (ITSC) in 1990. This was an initiative of the T1 Committee of the United States who invited the other founding partner organizations ITU-T, ETSI and the Japanese TTC to the first ISC Meeting in Fredericksburg, VA. The goal was set by the “spirit of Melbourne”, stemming from a CCITT Plenary Assembly, to find a way of co-operation between Participating Standards Organizations (PSOs) from different regions of the world in order to facilitate global standardization within the ITU. The ITSC focussed its work on fixed telecommunications networks.

The (U)SIM interface is the connecting point of the mobile phone and the UICC with its SIM or USIM application.

The Open Smart Grid Protocol (OSGP) is a family of specifications published by the European Telecommunications Standards Institute (ETSI) used in conjunction with the ISO/IEC 14908 control networking standard for smart grid applications. OSGP is optimized to provide reliable and efficient delivery of command and control information for smart meters, direct load control modules, solar panels, gateways, and other smart grid devices. With over 5 million OSGP based smart meters and devices deployed worldwide it is one of the most widely used smart meter and smart grid device networking standards.

The OPEN Alliance is a non-profit, special interest group (SIG) of mainly automotive industry and technology providers collaborating to encourage wide scale adoption of Ethernet-based communication as the standard in automotive networking applications. 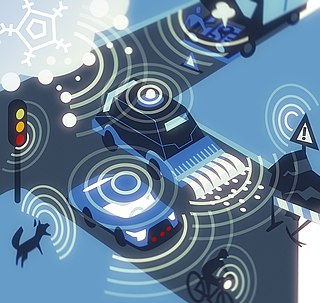 oneM2M is a global partnership project founded in 2012 and constituted by 8 of the world's leading ICT standards development organizations, notably: ARIB (Japan), ATIS, CCSA (China), ETSI (Europe), TIA (USA), TSDSI (India), TTA (Korea) and TTC (Japan). The goal of the organization is to create a global technical standard for interoperability concerning the architecture, API specifications, security and enrolment solutions for Machine-to-Machine and IoT technologies based on requirements contributed by its members.