Earl Soham once belonged to the Earls of Norfolk, the Bigod family (sometimes spelt "Bigot" in old texts), who also owned nearby Framlingham Castle. Edward I granted Roger Bigod permission to hold a market and a lamb and stock fair in the village. The parish was in the hundred of Loes well before 1086. [2] The church dates from about 1320 (chancel) with the nave dated to about 1470 (Kelly's Suffolk Directory 1900) and a perpendicular west tower c. 1475. [3] The Baptist Chapel was built around 1863. The school was first built in 1850. Earl Soham Lodge was originally a hunting lodge, built in the 13th century but rebuilt in 1789. For many years it was the seat of the Cornwallis family. The population of the village peaked in the 19th century with over 750 inhabitants.

Sir Auckland Colvin, colonial administrator in India and Egypt, is buried in the village churchyard.

An electoral ward in the same name exists. This ward stretches south to Charsfield with a total population taken at the 2011 Census of 2,144. [4] 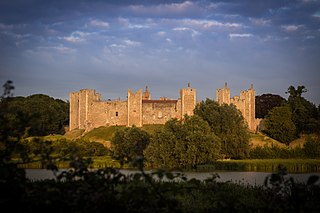 Framlingham is an English market town and civil parish in Suffolk. Of Anglo-Saxon origin, it appears in the 1086 Domesday Book. The parish had a population of 3,342 at the 2011 Census and an estimated 3,705 in 2018. Nearby villages include Earl Soham, Kettleburgh, Parham, Saxtead and Sweffling.

John Russell Colvin was a British civil servant in India, part of the illustrious Anglo-Indian Colvin family. He was lieutenant-governor of the North-West Provinces of British India during the Indian Rebellion of 1857, at the height of which he died. 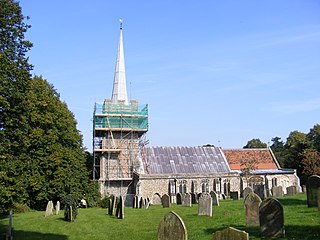 Yoxford is a village in East Suffolk, England close to the Heritage Coast, Minsmere Reserve (RSPB), Aldeburgh and Southwold. It is also known for its antique shops and for providing the setting for a Britten opera.

Orford Castle is a castle in Orford in the English county of Suffolk, 12 miles (19 km) northeast of Ipswich, with views over Orford Ness. It was built between 1165 and 1173 by Henry II of England to consolidate royal power in the region. The well-preserved keep, described by historian R. Allen Brown as "one of the most remarkable keeps in England", is of a unique design and probably based on Byzantine architecture. The keep stands within the earth-bank remains of the castle's outer fortifications.

Central Suffolk and North Ipswich is a constituency represented in the House of Commons of the UK Parliament since 2010 by Dan Poulter, a Conservative.

This article describes the history of Suffolk, the English county. 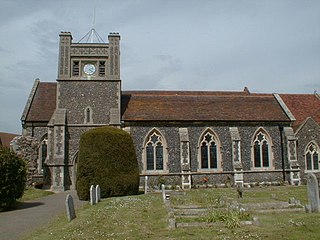 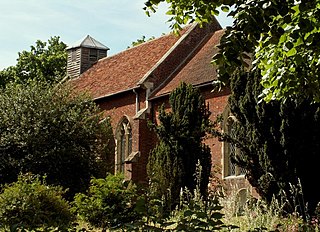 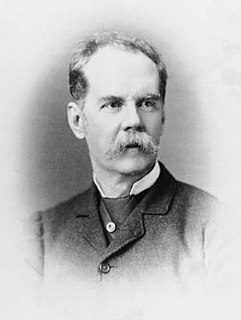 Sir Auckland Colvin (1838–1908) was a colonial administrator in India and Egypt, born into the Anglo-Indian Colvin family. He was comptroller general in Egypt (1880–2), and financial adviser to the Khedive (1883–87). From 1883–92 he was back in India, first as financial member of council, and then as Lieutenant-governor of the North-West Provinces and Oudh. He founded Colvin Taluqdars' College in Lucknow. 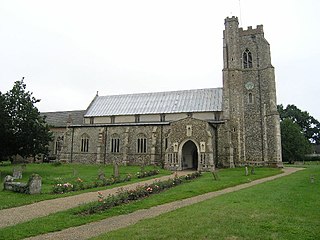 Dennington is a village and civil parish in the English county of Suffolk. It is 2 miles (3.2 km) north of Framlingham and 15 miles (24 km) north-east of Ipswich in the east of the county. It lies along the A1120 road around 8 miles (13 km) west of the road's junction with the main A12 road in Yoxford. 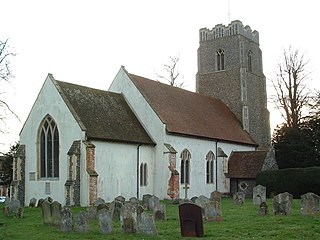 "Brandeston is a village in Suffolk, England on the River Deben 11 miles (18 km) northeast of Ipswich. Brandeston is west of Kettleburgh and northwest of Hoo Green. It is a Parish in Plomesgate district and 3½ miles SW of Framlingham r. station."

Levington is a small village in the county of Suffolk, England in the East Suffolk district. The population of the parish including Stratton Hall at the 2011 Census was 259.

Robert Hindes Groome (1810–1889) was an English Anglican churchman, who became Archdeacon of Suffolk. He wrote several short stories that were set in Suffolk.

Ipswich Castle was a medieval castle, now vanished, in the town of Ipswich, Suffolk, England.