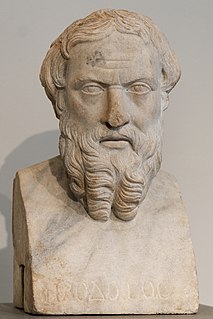 Born in Manchester, he served as professor of Portuguese at King's College, London between 1923-1936, and had authored over a hundred publications. [2] In his obituary, he was described as 'Britain's leading authority of his era on Portuguese literature and history'. [3] 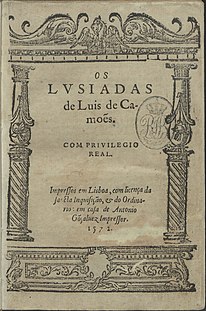 Portuguese literature is, generally speaking, literature written in the Portuguese language, particularly by citizens of Portugal; it may also refer to literature written by people living in Portugal, Brazil, Angola and Mozambique, as well as other Portuguese-speaking countries. An early example of Portuguese literature is the tradition of a medieval Galician-Portuguese poetry, originally developed in Galicia and northern Portugal. The literature of Portugal is distinguished by a wealth and variety of lyric poetry, which has characterized it from the beginning of its language, after the Roman occupation; by its wealth of historical writing documenting Portugal’s rulers, conquests, and expansion; by the then considered Golden Age of the Renaissance period of which it forms part the moral and allegorical Renaissance drama of Gil Vicente, Bernardim Ribeiro, Sá de Miranda and especially the great 16th-century national epic of Luís de Camões, author of national and epic poem Os Lusíadas.

Alfred Waterhouse was an English architect, particularly associated with the Victorian Gothic Revival architecture. He is perhaps best known for his design for Manchester Town Hall and the Natural History Museum in London, although he also built a wide variety of other buildings throughout the country. Financially speaking, Waterhouse was probably the most successful of all Victorian architects. Though expert within Neo-Gothic, Renaissance revival and Romanesque revival styles, Waterhouse never limited himself to a single architectural style. 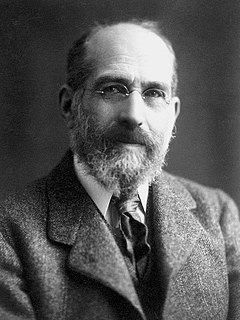 Sir Franz Arthur Friedrich Schuster FRS FRSE was a German-born British physicist known for his work in spectroscopy, electrochemistry, optics, X-radiography and the application of harmonic analysis to physics. Schuster's integral is named after him. He contributed to making the University of Manchester a centre for the study of physics.

Muriel Clara "M.C." Bradbrook was a British literary scholar and authority on Shakespeare. She was Professor of English at Cambridge University, and Mistress of Girton College, Cambridge.

Sir Howard Montagu Colvin was a British architectural historian who produced two of the most outstanding works of scholarship in his field: A Biographical Dictionary of British Architects, 1600–1840 and The History of the King's Works.

Sir Charles Raymond Beazley (1868–1955) was a British historian. He was Professor of History at the University of Birmingham from 1909-1933.

Sir James Clarke ("Jim") Holt was an English medieval historian, known particularly for his work on Magna Carta. He was the third Master of Fitzwilliam College, Cambridge, serving between 1981 and 1988.

Vivian Hunter Galbraith, FBA was an English historian, fellow of the British Academy and Oxford Regius Professor of Modern History.

Sir John Knox Laughton was a British naval historian and arguably the first to argue for the importance of the subject as an independent field of study. Beginning his working life as a mathematically trained civilian instructor for the Royal Navy, he later became Professor of Modern History at King's College London and a co-founder of the Navy Records Society. A prolific writer of lives, he penned the biographies of more than 900 naval personalities for the Dictionary of National Biography.

Michael William Lely Kitson was an art historian who became an international authority on the work of the painter Claude Lorrain.

Edmund Garratt Gardner FBA was an English scholar and writer, specializing in Italian history and literature. At the beginning of the twentieth century, he was regarded as one of the foremost British Dante scholars.

Henry Chadwick was a British academic, theologian and Church of England priest. A former Dean of Christ Church Cathedral, Oxford – and as such, head of Christ Church, Oxford – he also served as Master of Peterhouse, Cambridge, becoming the first person in four centuries to have headed a college at both universities.

Frank Barlow was an English historian, known particularly for biographies of medieval figures.

Arthur Samuel Peake (1865–1929) was an English biblical scholar, born at Leek, Staffordshire, and educated at St John's College, Oxford. He was the first holder of the Rylands Chair of Biblical Criticism and Exegesis in the University of Manchester, from its establishment as an independent institution in 1904. He was thus the first non-Anglican to become a professor of divinity in an English university.

Fossey John Cobb Hearnshaw was an English professor of history, specializing in medieval history. He was noted for his conservative interpretation of the past, showing an empire-oriented ideology in defence of hierarchical authority, paternalism, deference, the monarchy, Church, family, nation, status, and place. He was a Tory Democrat who sought to realize Disraeli's goal of preserving invaluable historic traditions while encouraging timely reforms. He believed that a meritocratic, small, effective elite should lead the weaker majority.

Giovanni Aquilecchia, was Professor of Italian at Bedford College, London, and the merged college with Royal Holloway, University of London. He was one of the great Italian Renaissance scholars of the second half of the 20th century.

Richard Barrie Dobson, was a British historian and academic, who was a leading authority on the legend of Robin Hood as well as a scholar of ecclesiastical and Jewish history. He served as Professor of Medieval History at the University of Cambridge from 1988 to 1999. 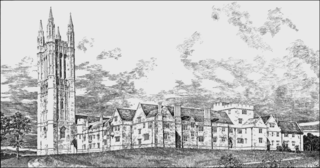 Jane Eliza Procter Fellowships are scholarships supporting academic research at Princeton University. The Fellowships were endowed by William Cooper Procter in 1921-2, and named after his wife, Jane Eliza Johnston Procter (1864-1953). The original terms of the Fellowships were for three awards, "each with an annual stipend of two thousand dollars, upon which each year two British and one French scholar will have the privilege of residence in the Princeton Graduate College, and of pursuing advanced study and investigation". The Fellowships were to be appointed annually on the recommendation of the University of Oxford, the University of Cambridge, and the École Normale Supérieure.