The Eskimos club was formed for the 1909–10 season by sports promoter Deacon White, from the remains of the amateur Edmonton Hockey Club, and inherited its predecessor's membership in the Alberta Amateur Hockey Association (AAHA). [1] In 1909–10 and 1911–12 the club was loosely known as the "Edmonton Deacons", after Edmonton sports promoter William Deacon White. Prior to the 1911–12 season the team officially adopted the name Edmonton Eskimos, influenced by Deacon White's Edmonton Esquimaux rugby football club. The early Eskimos played in the Thistle Rink, until it burned down in 1912. [2] [3]

In 1919–20, the AAHA formed the "Big Four" senior league, composed of two teams in Edmonton, and two in Calgary. This league folded in 1921, and the Eskimos helped to found the Western Canada Hockey League, with Ken McKenzie as their head coach.

The WHL disbanded after the 1925–26 season, and the Eskimos joined other WHL teams, plus some new franchises, to form the Prairie Hockey League, with the Eskimos finished last of the five teams in the inaugural 1926–27 PHL season. The Eskimos disbanded at that end of that season.

The name Edmonton Eskimos was adopted by an amateur senior team that played in the Western Canada Hockey League in 1932–33, which was reformed as the North West Hockey League (NWHL) for the 1933–34 season. This Eskimos team disbanded after the 1935–36 NWHL season.

The name was adopted by a team that played in the Alberta Senior Hockey League (ASHL) in 1938–39.

A number of Edmonton Eskimos players have been inducted into the Hockey Hall of Fame, recognizing their bodies of work, including their time with the Big-4/WCHL/WHL/PHL Eskimos teams:

The National Women's Hockey League (NWHL) was a women's ice hockey league established in Canada in service from 1999 to 2007. In its final season the league was run by the Ontario Women's Hockey Association.

The Edmonton Oil Kings were a Canadian junior ice hockey team, and founding member of the Western Hockey League. They played at Edmonton Gardens in Edmonton, Alberta, and later Northlands Coliseum. In 1976, they moved to Portland, Oregon to become the Portland Winter Hawks. A second incarnation of the team played only one season in 1977–78 before moving to Great Falls, Montana. 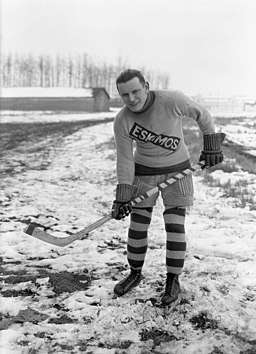 Gordon Blanchard "Duke, Iron Duke" Keats was a Canadian professional ice hockey centre who played for the Toronto Blueshirts of the National Hockey Association (NHA), Edmonton Eskimos of the Western Canada Hockey League (WCHL) and the Boston Bruins, Detroit Cougars and Chicago Black Hawks of the National Hockey League (NHL). He was most famous for his time in the WCHL where he was named a First-Team All-Star by the league in each of its five seasons of existence. He won the league championship and appeared in the 1923 Stanley Cup Final with the Eskimos. Keats was inducted into the Hockey Hall of Fame in 1958. 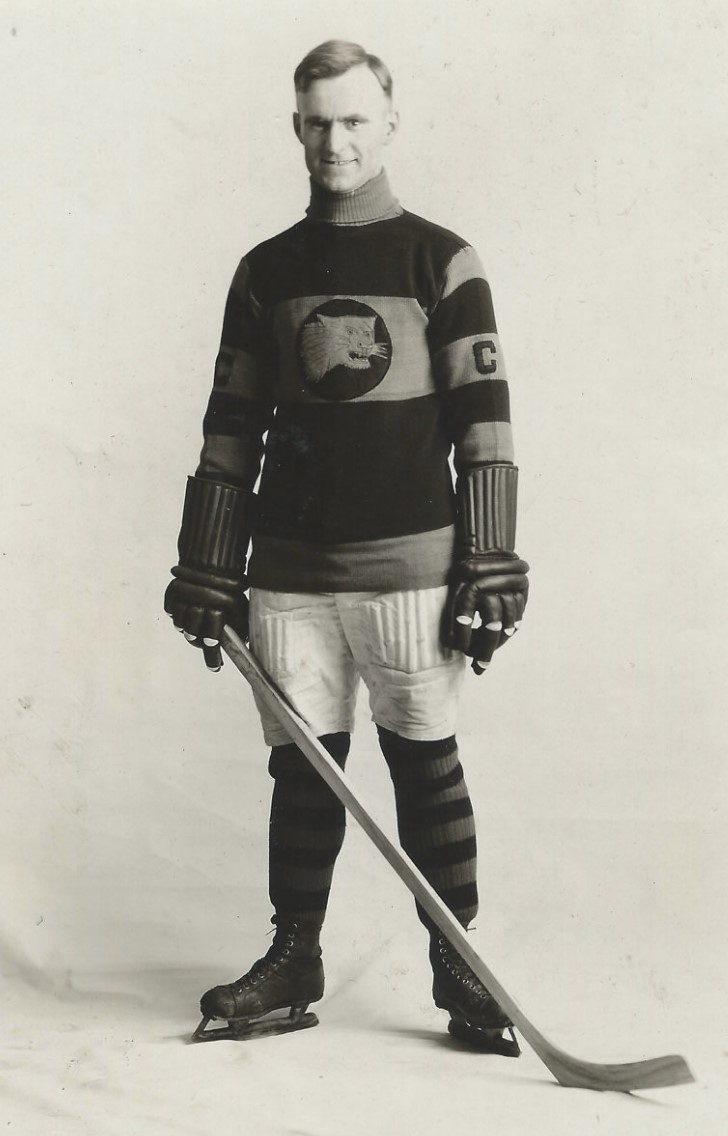 Russell "Barney" Stanley was a Canadian professional ice hockey forward who played for the Vancouver Millionaires of the Pacific Coast Hockey Association (PCHA) and the Calgary Tigers, Regina Capitals and Edmonton Eskimos of the Western Canada Hockey League (WCHL). He was the second head coach of the Chicago Black Hawks of the National Hockey League (NHL), appearing as a player in one game for the team. He won the Stanley Cup with the Millionaires in 1915 and was inducted into the Hockey Hall of Fame in 1963.

The Regina Capitals were a professional ice hockey team originally based in the city of Regina, Saskatchewan in the Western Canada Hockey League (WCHL), founded in 1921.

The 1923 Stanley Cup playoffs was the second year in which the National Hockey League (NHL) champions, the Pacific Coast Hockey Association (PCHA) champions, and the Western Canada Hockey League (WCHL) champions all competed for the Stanley Cup. The playoffs began on March 16, 1923, and concluded on March 31 when the NHL champion Ottawa Senators defeated the WCHL champion Edmonton Eskimos in the final series, two games to zero.

The Edmonton Oil Kings are a major junior ice hockey team based in Edmonton, Alberta, Canada, that play in the Western Hockey League. As of July 2008, they are owned by Daryl Katz's Oilers Entertainment Group, which also owns the Edmonton Oilers. The 2007–08 season was the newest incarnation of the Oil Kings' inaugural season in the Western Hockey League. Some NHL alumni include Tomas Vincour, Mark Pysyk, Curtis Lazar, Keegan Lowe, Griffin Reinhart, Henrik Samuelsson, Laurent Brossoit, Tristan Jarry and David Musil. As the 2012 WHL champions, the Oil Kings played in the 2012 Memorial Cup, losing 6–1 against the eventual winning team, the Shawinigan Cataractes, in the playoff tie-breaker. The Oil Kings won the 2014 Memorial Cup, defeating the Guelph Storm in the 2014 Memorial Cup final game.

The Big-4 League was a top level senior ice hockey league that operated in Calgary and Edmonton, Alberta for two seasons between 1919 and 1921. Created with the intention of competing for the Allan Cup senior-amateur championship, the league's existence was marred by accusations that its teams were secretly paying their players. The Big-4 lost its amateur status after its first season and operated as an independent league until further accusations of the use of ineligible players led to its collapse in 1921. Two of its teams, the Calgary Tigers and Edmonton Eskimos went on to form the professional Western Canada Hockey League.

Arthur Thomas Potter was a Canadian ice hockey administrator. He was president of the Canadian Amateur Hockey Association (CAHA) from 1962 to 1964, and oversaw the establishment of a permanent Canada men's national ice hockey team after he decided that sending the reigning Allan Cup champion to international competitions was no longer the answer. He felt that Canada needed discipline to handle Cold War tactics and propaganda at the Ice Hockey World Championships, sought to give its best players to develop as a team, and supported a plan by Father David Bauer to assemble a team of amateur student athletes to complete at the 1964 Winter Olympics.