Eversmann was born in Westphalia and studied at the universities of Marburg, Halle, Berlin and Dorpat. He received his degree of Philosophy and Master of Liberal Sciences at Halle in 1814, and at Dorpat graduated as a Doctor of Medicine and Surgery in 1817. During the next three years he travelled in the southern Urals, collecting specimens and sending them to Hinrich Lichtenstein at the university of Berlin.

Eversmann had for a long time planned to travel into central Asia to collect natural history specimens. He had studied the languages, customs and Muslim religion of the peoples of the area. In 1820 he set of for Bukhara disguised as a merchant, a journey he described in Reise Orenburg nach Buchara (1823), with a natural history appendix by Lichtenstein. In 1825 he travelled with a military expedition to Khiva. In 1828 he was appointed professor of zoology and botany at the university of Kazan. During the next thirty years he wrote numerous publications and is considered the pioneer of research into the flora and fauna of the southeast steppes of Russia between the Volga and the Urals.

The standard author abbreviation Eversm. is used to indicate this person as the author when citing a botanical name. [4]

Count Carl Gustaf Mannerheim was a Finnish entomologist and governor of the Viipuri province in the Grand Duchy of Finland.

Antoine Alphonse Guichenot was a French zoologist who taught, researched, and participated in specimen collecting trips on behalf of the Muséum national d'histoire naturelle (Paris), including an extensive biological survey of Algeria.

Delphinosaurus is a dubious genus of ophthalmosaurid ichthyosaur from Albian-Cenomanian deposits in the Kursk region of European Russia.

Franz Faldermann was a German entomologist who specialised in Coleoptera.

General Oktawiusz Wincenty Bourmeister-Radoszkowski was a Polish entomologist who specialised in Hymenoptera and worked in the Russian Empire. He was one of the founding members of the Russian Entomological Society. He published very many scientific papers describing new taxa and on the structure and taxonomic significance of the genitalia of Aculeate Hymenoptera.

Léopold Reichling was a Luxembourg biologist and naturalist.

Richteria is a genus of Asian flowering plants in the daisy family. Described in 1842, the genus is named after botanist Alexander Richter. 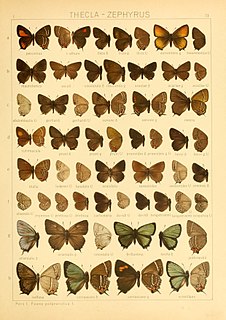 Neolycaena rhymnus is a butterfly of the family Lycaenidae. It is found from Ukraine and southern and central Russia to the southern Ural mountains, Zauralye, the western and southern Altai Region, the Sayan mountains and Kazakhstan. Seitz gives this description - T. rhymnus Ev.. Tailless, the wings brown above and beneath. The underside irrorated with numerous white short dashes, which are partly placed in rows and partly irregularly dispersed. — In South Russia, South Siberia to the Altai, in May and June, on steppes. 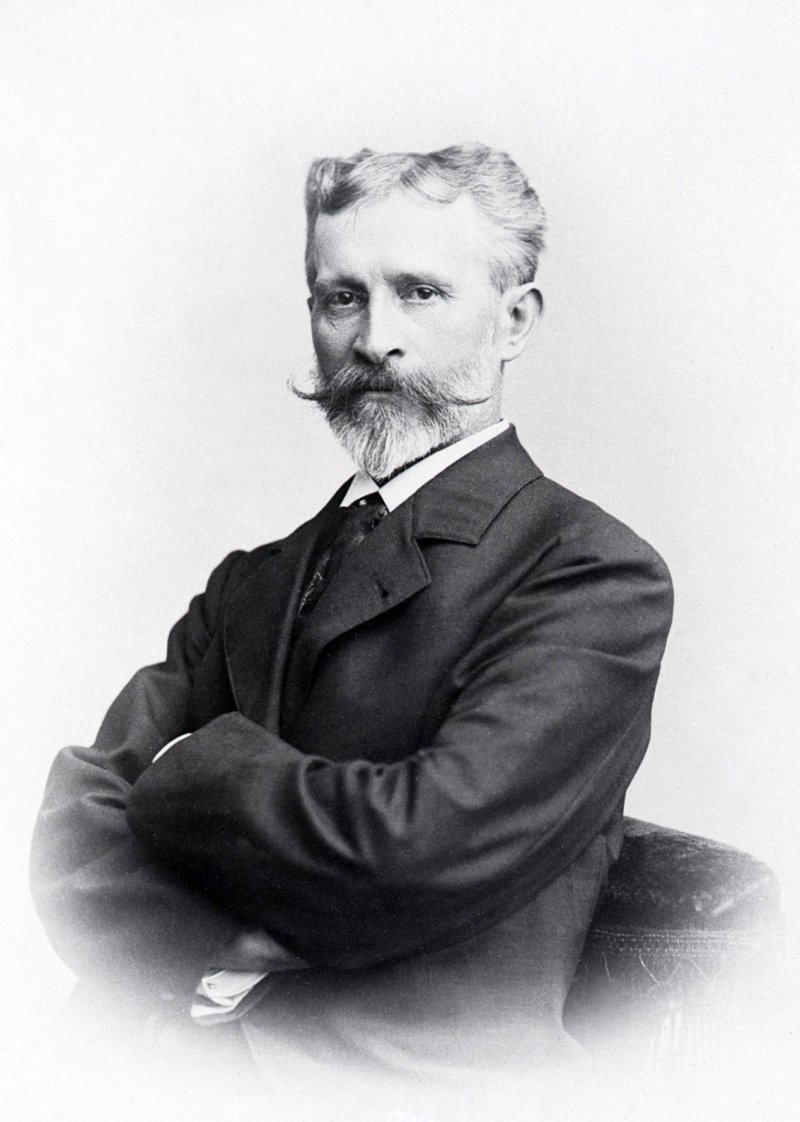 Corispermum pallasii, common name Pallas bugseed, is a plant apparently native to Siberia but naturalized in Europe, Canada, and the Great Lakes Region of the United States. It is a branched herb growing on sand dunes and other sandy soils. 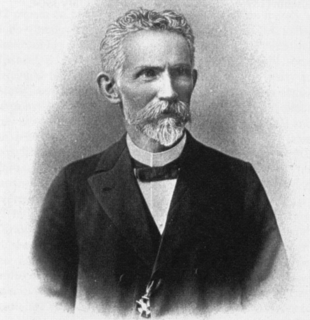 Carlos Berg or Friedrich Wilhelm Karl Berg was an Argentinian naturalist and entomologist of Latvian and Baltic German origin.

Chorispora is a genus of plant in the family Brassicaceae.

Joseph Jean Baptiste Géhin was a French naturalist and entomologist who specialised in Coleoptera. He also studied Diptera. He was an apothecary in Metz.

Charles Marquet was a French naturalist who was born in Beziers in 1820 and died in Toulouse in 1900. He was especially active in the fields of entomology, ornithology and herpetology. He was employed at the Compagnie des Canons du Midi and he was a founder member of the Société d'histoire naturelle de Toulouse in 1866.

Carterocephalus argyrostigma is a small butterfly found in the East Palearctic that belongs to the skippers family.

Erynnis popoviana is a small butterfly found in the East Palearctic that belongs to the skippers family.

Erebia kefersteini is a butterfly found in the East Palearctic that belongs to the browns family.

Polyommatus damone is a butterfly found in the Palearctic that belongs to the blues family.