Edward Christian Prescott (born December 26, 1940) is an American economist. He received the Nobel Memorial Prize in Economics in 2004, sharing the award with Finn E. Kydland, "for their contributions to dynamic macroeconomics: the time consistency of economic policy and the driving forces behind business cycles". This research was primarily conducted while both Kydland and Prescott were affiliated with the Graduate School of Industrial Administration (now Tepper School of Business) at Carnegie Mellon University. According to the IDEAS/RePEc rankings, he is the 19th most widely cited economist in the world today. [2] In August 2014, Prescott was appointed as an Adjunct Distinguished Economic Professor at the Australian National University (ANU) in Canberra, Australia.

Prescott was born in Glens Falls, New York, to Mathilde Helwig Prescott and William Clyde Prescott. In 1962, he received his bachelor's degree in mathematics from Swarthmore College, where he was a member of the Delta Upsilon fraternity. He then received a master's degree from Case Western Reserve University in operations research in 1963, and a PhD in Economics at Carnegie Mellon University in 1967.

Prescott has been an economic advisor at the Federal Reserve Bank of Minneapolis since 1981. [5] In 2004, he held the Maxwell and Mary Pellish Chair in Economics at the University of California, Santa Barbara. [6] In 2006, he held the Shinsei Bank Visiting Professorship at New York University. In August 2014, Prescott was appointed an Adjunct Distinguished Professor at Research School of Economics (RSE) of the Australian National University. [7]

The Research Papers in Economics project ranked him as the 19th most influential economist in the world as of August 2012 based on his academic contributions. [2] Currently working as an economist at the Federal Reserve Bank of Minneapolis and as a professor at Arizona State University's W. P. Carey School of Business, he is a major figure in macroeconomics, especially the theories of business cycles and general equilibrium. In his "Rules Rather Than Discretion: The Inconsistency of Optimal Plans," published in 1977 with Finn E. Kydland, he analyzed whether central banks should have strict numerical targets or be allowed to use their discretion in setting monetary policy. He is also well known for his work on the Hodrick–Prescott filter, used to smooth fluctuations in a time series.

Additionally Prescott and Kydland felt that the policy makers due to their relationship with government suffered from a credibility issue. The reason for this dynamic is that the political process is designed to fix problems and benefit its citizens today. Prescott and Kydland demonstrated this with a simple yet convincing example. In this example they take an area that has been shown likely to flood (a flood plain) and the government has stated that the "socially optimal outcome" is to not have houses be built in that area and therefore the government states that it will not provide flood protection (dams, levees, and flood insurance) rational agents will not live in that area. However, rational agents are forward planning creatures and know that if they and others build houses in the flood plain the government which makes decisions based on current situations will then provide flood protection in the future. While Prescott never uses these words he is describing a moral hazard. [8]

The second paper, written in 1982, "Time to Build and Aggregate Fluctuations" Prescott and Kydland argued that shifts in supply typically caused by changes and improvements in technology accounted "Not only long term increases in living standards but also to many of the short term fluctuations in business cycles." To study this hypothesis Prescott established a model to study the change in output, investment, consumption, labor productivity, and employment, between the end of the Second World War and 1980. Using this model the two economists were able to correlate 70% of the fluctuation in output to changes and growth in technology. [9] [10] Their main contribution, however, was the way of modeling macroeconomic variables with microfoundations.

In January 2009 Prescott, along with more than 250 other economists and professors, [11] signed an open letter to President Barack Obama opposing the passage of the American Recovery and Reinvestment Act. The letter was sponsored by libertarian think tank, the Cato Institute, and was printed as a paid advertisement in several newspapers including The New York Times and the Arizona Republic . [12]

His writings more recently have focused on the negative effect of taxes on the economy in Europe.

The Lucas critique, named for Robert Lucas's work on macroeconomic policymaking, argues that it is naive to try to predict the effects of a change in economic policy entirely on the basis of relationships observed in historical data, especially highly aggregated historical data. More formally, it states that the decision rules of Keynesian models—such as the consumption function—cannot be considered as structural in the sense of being invariant with respect to changes in government policy variables. The Lucas critique is significant in the history of economic thought as a representative of the paradigm shift that occurred in macroeconomic theory in the 1970s towards attempts at establishing micro-foundations.

Nancy Laura Stokey is the Frederick Henry Prince Distinguished Service Professor of Economics at the University of Chicago since 1990 and focuses particularly on mathematical economics while recently conducting research about Growth Theory, economic dynamics, and fiscal/monetary policy. She earned her BA in economics from the University of Pennsylvania in 1972 and her PhD from Harvard University in 1978, under the direction of thesis advisor Kenneth Arrow. She is a Fellow of the Econometric Society, the American Academy of Arts and Sciences and the National Academy of Sciences. She previously served as a co editor of Econometrica and was a member of the Expert Panel of the Copenhagen Consensus. She received her Honorary Doctor of Laws (L.L.D) in 2012 from the University of Western Ontario. Much of her work has been done by digesting economic dynamics, which most of this work is done as an expositor. She spent a great deal of time recently researching growth theory, economic dynamics, as well as fiscal and monetary policy.

Süleyman Başak is a financial economist of Turkish Cypriot origin. He is Professor at the Institute of Finance and Accounting of the London Business School, an MBA-granting part of the University of London and has previously taught at the Wharton School of the University of Pennsylvania until June 30, 2000, where he received the David W. Hauck Award for Outstanding Teaching in 1997, and an honourable mention in 1998 and 1999 for the Geewax, Terker Prize for Investment Research.

Varadarajan Venkata Chari is an Indian-American economist and professor of economics at the University of Minnesota. 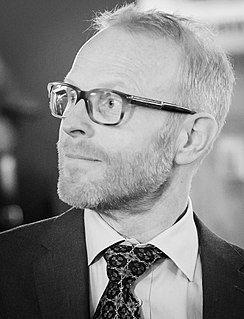 Kjetil Storesletten is a Norwegian economist. He is a professor of economics at the University of Oslo. Between 2009 and 2012 he was a monetary advisor to the Federal Reserve Bank of Minneapolis. He also served as the European Economic Association's president in 2019.