Born in Chicago, Illinois, Hughes studied law and then switched to engineering. Hughes served in the Illinois State Senate from 1914 to 1930 as a Democrat. In 1932, Hughes was elected Illinois Secretary of State and served until his death. Hughes died of a heart attack on June 28, 1944, while staying at the Waldorf Astoria Hotel in New York City. [2] [3] 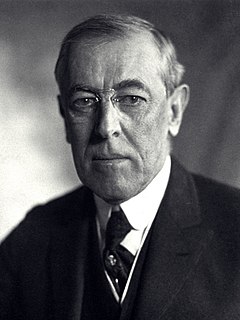 Taylorville is a city in and the county seat of Christian County, Illinois, United States. The population was 10,506 at the 2020 census, making it the county's largest city. 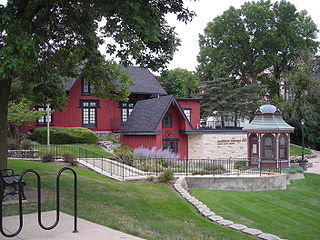 Batavia is a city mainly in Kane County and partly in DuPage County in the U.S. state of Illinois. Located in the Chicago metropolitan area, it was founded in 1833 and is the oldest city in Kane County. Per the 2020 census, the population was 26,098.

The American Conservatory of Music (ACM) was a major American school of music founded in Chicago in 1886 by John James Hattstaedt (1851–1931). The conservatory was incorporated as an Illinois non-profit corporation. It developed the Conservatory Symphony Orchestra and had numerous student recitals. The oldest private degree-granting music school in the Midwestern United States, it was located in Chicago until 1991.

Central YMCA College was a college operated by the YMCA in Chicago, Illinois, United States. It was founded prior to or in 1922. and was accredited in 1924. It was closed in 1945 after the university president and a large majority of the faculty and students left to form what became Roosevelt University.

William J. Scott was an American lawyer and politician.

Arthur J. Bidwill was an American politician and lawyer.

Edward Jackson Brundage was an American lawyer and politician. Born in Campbell, New York, Brundage moved with his parents to Detroit, Michigan. He worked in a railroad office in Detroit, Michigan and then moved to Chicago, Illinois when the general office moved there. Brundage became chief clerk in 1888. He studied law and received his law degree from Chicago-Kent College of Law in 1893. Brundage served in the Illinois House of Representatives and was a Republican. In November 1904, Brundage was elected President of the Cook County Board of Commissioners and was reelected in 1906. In 1907, Brundage served as corporation counsel for the City of Chicago. From 1917 to 1925, Brundage served as Illinois Attorney General. Brundage committed suicide at his home in Lake Forest, Illinois, because of financial problems, by firing a bullet through his heart.

Henry Eduard Legler was an Italian American journalist, politician, and librarian. Born in Palermo, Sicily, Italy, His birth name was given as Enrico, Legler emigrated with his parents to the United States in 1869 and then settled in Milwaukee, Wisconsin in 1872. While in Wisconsin, Legler was a journalist. In 1889, Legler served in the Wisconsin State Assembly and was a Republican. From 1890 to 1894, Legler served as secretary of the Milwaukee School Board.

Arthur Charles Lueder was an American lawyer businessman, and politician.

Cornelius James Doyle was an American lawyer and politician.

Elections were held in Illinois on Tuesday, November 7, 1944.

Elections were held in Illinois on Tuesday, November 5, 1940.

Elections were held in Illinois on Tuesday, November 3, 1936.