Edward Meyer Kern (October 26, 1822 or 1823 – November 25, 1863) was an American artist, topographer, and explorer of California, the Southwestern United States, and East Asia. [1] He is the namesake of the Kern River and Kern County, California.

Kern was born in Philadelphia, the son of John Kern III and Mary Elizabeth Bignell. He was trained as an artist. His brother Richard Kern (1821–1853) was also an accomplished artist, and his brother Benjamin Kern (1818–1849) was a doctor. They joined him on several expeditions.

In 1845–46, Kern accompanied explorer Captain John C. Frémont on his Third Expedition into Mexican Alta California. [2] Kern received a daily salary of $3.00. He served as a cartographer as well as a documentation artist, collecting botanical and animal specimens on the journey. [2] Each night of the trip Kern drew a field map of the day's route with longitudes and latitudes, and sketched landmarks.

En route in Nevada, Kern's drawing documented the Frémont party's killing of over 30 Northern Paiute Indians who were camped at the Humboldt Sink. [3] Just before they reached Klamath Lake, Klamath tribesmen attacked the expedition and several members were killed. [4] A brutal counterattack by Frémont and his group upon a native village resulted in the deaths of many Klamath people. [4] Kern recorded the counterattack in an engraving that was later published with Frémont's report. [4]

Frémont then ordered his main party – which included Kern and Joseph Walker  – to travel the southern Sierra route over the pass Walker had discovered a decade earlier, while Frémont and a few others crossed the northern Sierra at Donner Pass. [2] Frémont named the pass through which Walker led the party Walker Pass. Kern mapped the Kern River, which at the time was known as the Rio de San Felipe, as named by the Spanish. [2] Later, Frémont named the river after his artist. Kern’s campsite in the Kern River Valley, at the junction of the South and North Forks of the Kern River, now lies submerged by Lake Isabella. [2] A historical monument for Kern’s site was placed above the reservoir near its eastern shore on Highway 178. [2]

During the 1846 Bear Flag Revolt against Mexico, Frémont placed the 23-year-old Kern in command of Sutter's Fort and its company of dragoons in the Sacramento Valley. [5] That left John Sutter the assignment as lieutenant of the dragoons, and second-in-command of his own fort, until 1847. [5]

While in command there, news of the stranded Donner Party reached Kern, as Sutter's Fort had been their destination. [6] Kern vaguely promised the federal government would do something for a rescue party across the Sierra, but had no authority to pay anyone. [6] He was later criticized for his mismanagement delaying the search. [7] [8]

In February 1847, Kern's forces were requested by several settlers who wished to intimidate Indians who had been involved in raids. Kern brought in 20 men, joined by 30 more led by John Sutter, and then proceeded with a series of attacks that killed 20 California Indians in what became known as the Kern and Sutter massacres.

In 1848−1849, Edward Kern and his brothers Richard and Benjamin joined Frémont's Fourth Expedition, to the Rocky Mountains in present-day southern Colorado and northern New Mexico. [9] [10] By the time the last surviving member of the expedition reached Taos on February 12, 1849, 10 of the party had died. [9] To move more quickly to safety, it had been necessary for the brothers to hide their goods (including sketches) in a cave. After arriving in the New Mexico Territory, Benjamin Kern and Frémont's guide Old Bill Williams returned for the hidden goods but were killed by a band of Utes. [9]

In August 1849, Edward and Richard Kern joined the John M. Washington military reconnaissance expedition to the Navajo in 1849, to punish the Navajo for raids on the New Mexico settlements and to secure a treaty with them, in addition to surveying the country. [9] The expedition brought both brothers back to New Mexico. Richard's role, as second assistant and artist, was to make portraits of Indian chiefs, costume, scenery, geological formations, ruins, and to copy ancient writings found on stones. Edward's role was as first assistant and topographer. [9] [11] [12]

Edward and Richard stayed in New Mexico for two years, working for the Corps of Topographical Engineers. [9] The Kern brothers gave the American public some of its earliest authentic images of the people and landscape of Arizona, New Mexico, and southern Colorado, with views of Canyon de Chelly, Chaco Canyon, and El Morro (Inscription Rock). [13] [14]

In 1853, Edward joined Lieutenant John Pope, who was seeking a better route between Santa Fe and Fort Leavenworth. [9] His brother Richard was killed in 1853, while on the Gunnison–Beckwith Expedition to survey a railroad route that would pass through the Rocky Mountains. [9]

From 1853 to 1855, Edward Kern served on the ship USS Vincennes on an expedition to East Asia. [9] The captain, Cadwalader Ringgold, was declared insane when they reached Hong Kong. Kern used both photography and drawing during this trip. The expedition landed on the eastern shores of Siberia, where Kern spent several weeks. They returned home via Tahiti and San Francisco.

In 1858, Kern joined Lieutenant John Mercer Brooke on a survey of the sea lanes between California and China, returning in 1860. [9]

During the American Civil War, Kern served under Frémont, who had command of the Army of the West, but when Frémont was relieved of command, Kern was as well. [9]

Kern's diaries were discovered under the floorboards in an old hotel in Delaware Water Gap, Pennsylvania, and provided source material for David Weber's book on his brother, Richard Kern. The diary and papers are now in the Beinecke Rare Book and Manuscript Library at Yale University.

The Boston Museum of Fine Arts holds more than eighty of Kern's works. The Kern River and Kern County, both in California, were named for him.

NO. 742 CAMPSITE OF EDWARD M. KERN - Near this spot at the confluence of the north and south forks of the Kern River, the Theodore Talbot party of Captain John C. Frémont's third expedition to the West camped for several weeks during December 1845 and January 1846. Frémont named the river in honor of Edward M. Kern, topographer for the expedition - Kern County was established in 1866. [16] [17] 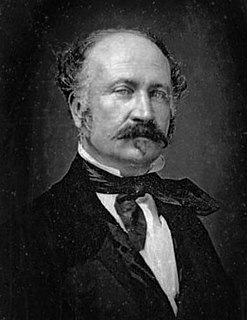 John Augustus Sutter, born Johann August Sutter and known in Spanish as Don Juan Sutter, was a Swiss immigrant of Mexican and American citizenship, known for establishing Sutter's Fort in the area that would eventually become Sacramento, California, the state's capital. Although he became famous following the discovery of gold by his employee James W. Marshall and the mill-making team at Sutter's Mill, Sutter saw his own business ventures fail during the California Gold Rush. Those of his elder son, John Augustus Sutter Jr., were more successful.

John Charles Frémont or Fremont was an explorer of the Western United States, military officer, and politician. He was a U.S. Senator from California, and in 1856 was the first Republican nominee for President of the United States and founder of the California Republican Party when he was nominated. A native of Georgia, he was an opponent of slavery. 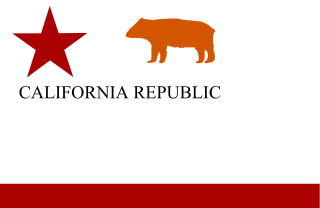 The California Republic, or Bear Flag Republic, was an unrecognized breakaway state from Mexico, that for 25 days in 1846 militarily controlled an area north of San Francisco, in and around what is now Sonoma County in California. 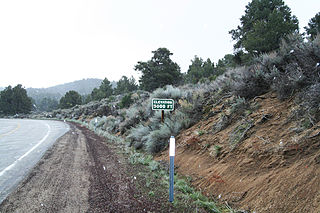 Walker Pass is a mountain pass by Lake Isabella in the southern Sierra Nevada. It is located in northeastern Kern County, approximately 53 mi (85 km) ENE of Bakersfield and 10 mi (16 km) WNW of Ridgecrest. The pass provides a route between the Kern River Valley and San Joaquin Valley on the west, and the Mojave Desert on the east. 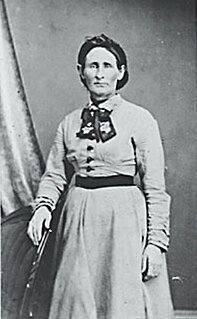 Nancy Kelsey was a member of the Bartleson–Bidwell Party. She was the first white woman to travel overland from Missouri, seeing Utah and Nevada before crossing the Sierra Nevada mountains into California on November 25, 1841. Wife of Benjamin Kelsey, and the mother of eight surviving children, she is sometimes referred to as the "Betsy Ross of California" for her role in creation of the original Bear Flag from which Bear Flag Rebellion got its name.

The Stephens–Townsend–Murphy Party consisted of ten families who migrated from Iowa to California prior to the Mexican–American War and the California Gold Rush. The Stephens Party is significant in California history because they were the first wagon train to cross the Sierra Nevada during the expansion of the American West. In 1844, they pioneered the first route at or near what was later named Donner Pass. The crossing was a year before the third expedition of John C. Fremont, two years before the Donner Party, and five years before the 1848–49 Gold Rush. Three other known European exploration crossings of the Sierra Nevada had previously occurred at points south of this however, including Fremont's second expedition the previous winter, at Carson Pass.

Joseph R. Walker was a mountain man and experienced scout. He established the segment of the California Trail, the primary route for the emigrants to the gold fields during the California gold rush, from Fort Hall, Idaho to the Truckee River. The Walker River and Walker Lake in Nevada were named for him by John C. Frémont.

George Gibbs (1815–1873) was an American ethnologist, naturalist and geologist who contributed to the study of the languages of indigenous peoples in Washington Territory. Known for his expertise in Native American customs and languages, Gibbs participated in numerous treaty negotiations between the U.S. government and the native tribes.

George Karl Ludwig Preuss (1803–1854), anglicized as Charles Preuss, was a surveyor and cartographer who accompanied John C. Fremont on three of his five exploratory expeditions of the American west, including the expedition where he and Fremont were the first to record seeing Lake Tahoe from a mountaintop vantage point as they traversed what is now Carson Pass in February 1844. Preuss drew two important maps based on his records from Fremont's first two expeditions.

The U.S. Army Corps of Topographical Engineers was a branch of the United States Army authorized on 4 July 1838. It consisted only of officers who were handpicked from West Point and was used for mapping and the design and construction of federal civil works such as lighthouses and other coastal fortifications and navigational routes. Members included such officers as George Meade, John C. Frémont, Thomas J. Cram and Stephen Long. It was merged with the United States Army Corps of Engineers on 31 March 1863, at which point the Corps of Engineers also assumed the Lakes Survey for the Great Lakes. In the mid-19th century, Corps of Engineers' officers ran Lighthouse Districts in tandem with U.S. Naval officers.

Stephen William Shaw was a California '49er and portrait painter who helped discover and name Humboldt Bay and introduced viticulture to Sonoma County by 1864.

The Kern River Valley is a valley and region of the Southern Sierra Nevada, in Kern County, California.

William Horace Warner was an officer in the United States Army's Corps of Topographical Engineers. In 1849, he led an Army survey party north from Sacramento through the uncharted country of northeastern California into south central Oregon. Warner was killed by Native Americans in northeastern California, just south of the Oregon border. In the mid-nineteenth century, two army outposts in southern Oregon were named after Warner. Today, the Warner Mountains, Warner Valley, and a number of other landmarks bear his name.

The Klamath Lake massacre refers to the murder of at least fourteen Klamath people on the shores of Klamath Lake, now in Oregon in the United States, on 12 May 1846 by a band led by John C. Frémont and Kit Carson.

Alexis Godey also called Alec Godey and Alejandro Godey, born Alexander Godey, was a trapper, scout, and mountain man. He was an associate of Jim Bridger and was lead scout for John C. Frémont.