He was born in Bergen as a son of broker Wilhelm Emil Larsen (1857–1916) and Jørga Mowinckel (1861–1930). [1] On the maternal side he was a nephew of Johan Ernst Mowinckel, Johanne Vogt and Agnes Mowinckel, [2] and a first cousin of Johan Ernst's son Thorolf Beyer Mowinckel.

He enrolled in middle school at Bergen Cathedral School in 1907. Among others he was in the same class as activist Joakim Lehmkuhl and the conductor Johan Ludwig Mowinckel, Jr. [4] After middle school he enrolled in Bergen Technical School whence he graduated in ship engineering in 1916. He worked as such until 1927, when he was hired as a secretary in Norges Varemesse. After stints as head of provisioning in Aker Municipality from 1939 to 1941 and 1945 to 1947, he was the secretary-general of Norges Varemesse from 1947 to 1968. [1] During the occupation of Norway by Nazi Germany he was arrested, and briefly imprisoned in Møllergata 19 from May to June 1941. [5]

He was also secretary-general of Norsk Fiskerimesse from 1960 to 1965 and in 1969, and headed several Norwegian delegations to foreign expos. [1]

Johan Randulf Bull Hambro was a Norwegian journalist, translator and biographer. He was the fourth son of Norwegian politician C. J. Hambro, whose biography he wrote in 1984. He lived in the United States from 1939 to 1982, where he studied and worked as a foreign-affairs journalist, press attaché and consulate-general. He was secretary general of the Norse Federation for 27 years, from 1955 to 1982. He was decorated as a Knight, First Class of the Order of St. Olav in 1975. 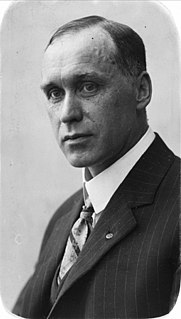 John Ottar Qvale was a Norwegian police chief and judge.

Harald Juell was a Norwegian diplomat, ambassador and military officer.

Knut Hald was a Norwegian businessperson, best known as chief executive of the Federation of Norwegian Industries from 1945 to 1965. 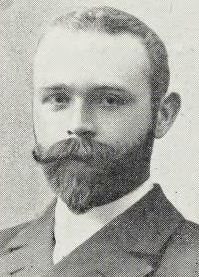 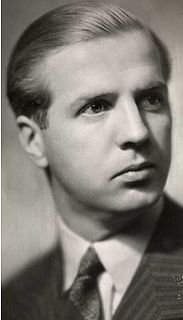 Theodor Platou was a Norwegian businessperson in the brewery industry.