Edward Robert Robson FRIBA FSA FSI (2 March 1836 – 19 January 1917) was an English architect famous for the progressive spirit of his London state-funded school buildings of the 1870s and early 1880s.

Born in Durham, [1] he was the elder son of Robert Robson, a Durham Justice of the Peace. [2] He apprenticed in Newcastle upon Tyne with John Dobson, who worked in a classicising, Italianate manner; he then worked under Sir George Gilbert Scott (1854–59) during the restoration of Durham Cathedral's tower, taking a break in 1858 for "extensive Continental travel", [3] and went on to serve as architect in charge of the Cathedral for six years. [2] He was also in partnership for a time prior to 20 August 1862 with John Wilson Walton (c. 1822–1910). [4] His first church, St. Cuthbert's, Durham (1863), was inspired in part by the plain 13th-century church at Formigny, Normandy. [5] During (1865-71) he served as architect and surveyor to the city of Liverpool, which served to give him sufficient experience when he was the surprising choice [6] as chief architect for the newly erected School Board of London, in 1871. He became a fellow of the Royal Institute of British Architects. Under the terms of the reforming Elementary Education Act 1870, a great number of new state-funded schools had to be built as quickly as possible, especially in the East End. Robson's experience, for which he travelled in the Continent for the most up-to-date school-planning ideas, was encapsulated in his School Architecture (1874). [7] For the workload, he formed a partnership with J. J. Stevenson from 1871 until 1876. The schools themselves were of brick and architectural terracotta in the many-gabled free Anglo-Flemish Renaissance style known at the time as "Queen Anne style", which Robson chose as more suitably enlightened and secular than Gothic Revival and in which Stevenson had already shown himself proficient.

During his years with the School Board, Robson designed several hundred schools in London, [2] and after leaving the Board in 1884 he remained as consulting architect to the Education Department.

His early connections with the Pre-Raphaelite Brotherhood [8] may have made him an obvious choice in 1888 for remodelling some market buildings with great dispatch for the New Gallery, Regent Street, a venue for art of the Brotherhood and other progressive arts.

He is also credited with design of some residential houses. For example, Glenwood (99 Mycenae Road in Westcombe Park, London SE3) is described as "an impressive late-Victorian red brick mansion with half-timbered gable ends, and fine joinery detailing." [9]

He married Marian, daughter of Henry Longden, of Sheffield, and Who's Who notes his recreations as "golf, bicycling, billiards". At the time of his death, he was a Fellow of the Royal Institute of British Architects, the Society of Antiquaries of London, and the Chartered Surveyors' Institution. [2]

In his later years he worked with his son, Philip Appleby Robson. He was twice offered a knighthood, which he refused. He died in London. 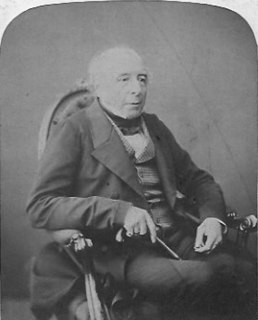 Ignatius Bonomi (1787–1870) was an English architect and surveyor, with Italian origins by his father, strongly associated with Durham in north-east England.

Charles Barry Jr. (1823–1900) was an English architect of the mid-late 19th century, and eldest son of Sir Charles Barry. Like his younger brother and fellow architect Edward Middleton Barry, Charles Jr. designed numerous buildings in London. He is particularly associated with works in the south London suburb of Dulwich.

Joseph Aloysius Hansom was a prolific English architect working principally in the Gothic Revival style. He invented the Hansom cab and founded the eminent architectural journal, The Builder, in 1843. 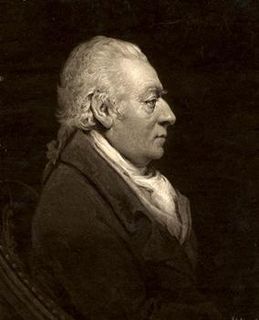 John Henry Chamberlain, William Martin, and Frederick Martin were architects in Victorian Birmingham, England. Their names are attributed singly or pairs to many red brick and terracotta buildings, particularly 41 of the forty-odd Birmingham board schools made necessary by the Elementary Education Act 1870.

William Atkinson (1774/5–1839) was an English architect best known for his designs for country houses in the Gothic style. He undertook almost fifty commissions, broadly distributed in the north of England and the Scottish lowlands, London and the surrounding counties, with occasional excursions to Herefordshire, Staffordshire, and Ireland. His Gothic oeuvre fitted between playful 18th-century eclecticism and the more rigorous archaeological approach of the later Gothic revival. 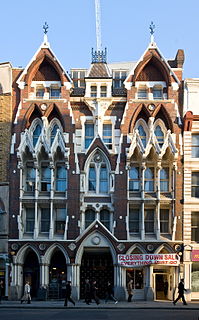 Robert Lewis Roumieu otherwise R.L. Roumieu, was a 19th-century English architect whose designs include Milner Square in Islington and an idiosyncratic vinegar warehouse at 33–35 Eastcheap in the City of London. A pupil of Benjamin Dean Wyatt, he worked in partnership with Alexander Dick Gough between 1836 and 1848.

Lewis Henry Isaacs was an English architect and surveyor and a Conservative Party politician who sat in the House of Commons from 1885 to 1892. 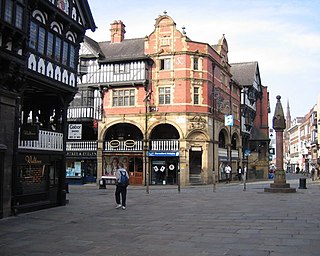 Thomas Meakin Lockwood was an English architect whose main works are in and around Chester, Cheshire. He was born in London, and brought up in East Anglia. From 1851 he was articled to Philip Causton Lockwood, the Borough Surveyor of Brighton. He then worked in offices including that of George Woodhouse, and of T. M. Penson in Chester. In 1862 he established an independent practice in Chester. His works are located mainly in Cheshire, Shropshire, and North Wales, his designs being influenced by John Douglas and Norman Shaw. These are frequently either timber-framed, or in brick and stone incorporating Tudor, Elizabethan and Renaissance features. In Cheshire and North Wales, his most important patron was the First Duke of Westminster. Lockwood's most prominent buildings, which stand at Chester Cross, were commissioned by the Duke. They stand on opposite corners at the north end of Bridge Street, and are in contrasting styles. Number 1 Bridge Street, built in 1888, is timber-framed in Black-and-white Revival style. Number 2–8 Bridge Street, built in 1894, is in stone and diapered brick, and incorporates Tudor, Jacobean and Baroque features. Lockwood also designed the Grosvenor Museum, also in Chester, and built in 1885–86. It is constructed in red brick, and is in Renaissance style with Dutch gables.

Thomas Roger Smith (1830–1903) was an English architect and academic. He is now best known for his views and writings on public buildings, in terms of their style and acoustics, and their influence on other architects, particularly in relation to British imperial architecture.

Poundley and Walker or John Wilkes Poundley and David Walker were a land surveyors and architects’ partnership with offices at Black Hall, Kerry, Montgomeryshire and at Unity Buildings, 22 Lord Street, Liverpool. The partnership was established probably in the mid-1850s and was dissolved in June 1867. The partnership was involved with large country estate building projects, church and civic buildings and some civil engineering. They specialized in building model farms. J. W. Poundley was also the county surveyor for Montgomeryshire from 1861–1872. The architect, canal and railway engineer, T. G. Newnham appears have been associated with the partnership.

William Wigginton (1826–1890) was an English architect. Born in Eton, Berkshire, he worked in Derby and Dudley before moving to London in 1860. He published proposals for working-class housing, and designed several Gothic Revival churches in London, often featuring polychrome brickwork.

John Young was an English architect and surveyor whose career spanned the grace of the Regency period and the pragmatism of the Industrial Revolution. While based primarily in the City of London, his practice, John Young & Son, Architects, was both eclectic and wide-ranging in South East England. He is particularly noted for his creative use of polychromatic brickwork whether in industrial, civic or residential contexts.