The film opens with a 'Manthravadi' (Thilakan) telling an evil magician Sathyatheerdhan (Mahadevan) to obey to his commands and make spiriting away a friendly ghost money through crime. Meanwhile, a group of kids and their benefactors are held hostage in a circus camp by the baddies, who has taken over the show.

Ancy (Kavya Madhavan) is coming back from London, to take charge of the circus company founded by her father Philipose (Janardhanan), who was found murdered. On reaching there, she is told that her father was stabbed to death by a bike-jumper named Jimmy (Mammootty).

In fact Jimmy, his foster father Krishnan (Innocent), aide Sisupalan (Suraj Venjarammood) and a gang of street children were all invited by Philipose to join his circus group.

Meanwhile, the ghost (Mammootty, in his other role) appears, becomes friendly with the kids and takes a more stylish shape of Jimmy. Thanks to the ghost, Ancy realizes that Jimmy was innocent in the whole issue. Now the battle between the good and evil.

The climax is found with Kora and his sidekicks being caught by the police and the 'Manthravaadi' being turned into a hippopotamus.

The film's soundtrack contains 6 songs, all composed by Shaan Rahman and Lyrics by Gireesh Puthenchery. 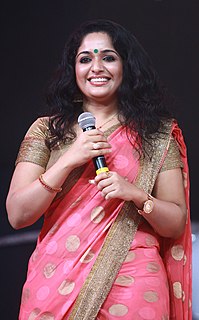 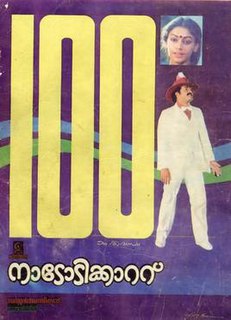 Nadodikkattu is a 1987 Indian Malayalam-language satirical comedy film directed by Sathyan Anthikad and written by Sreenivasan based on a story by the Siddique–Lal duo. The story revolves around two impecunious young men, Ramdas (Mohanlal) and Vijayan (Sreenivasan) who not being able to find any job in Kerala, plan to immigrate to Dubai to make their fortunes, but get deceived and end up in Chennai. Nadodikkattu drew upon relevant social factors affecting Kerala of the 1980s such as widespread unemployment and poverty.

Gandhinagar 2nd Street is a 1986 Indian Malayalam-language comedy-drama film directed by Sathyan Anthikad and written by Sreenivasan from a story by Anthikad. It stars Mohanlal in the lead role, with Karthika, Seema, Sreenivasan, Thilakan, Innocent, Sukumari and K. P. A. C. Lalitha in supporting roles. The film also has Mammootty in a Cameo appearance. The music was composed by Shyam. The film was remade in Telugu as Gandhinagar Rendava Veedhi (1987) and in Tamil as Annanagar Mudhal Theru (1988).

Azhakiya Ravanan is a 1996 Malayalam drama film directed by Kamal and written by Sreenivasan. The film stars Mammootty and Bhanupriya in the lead roles. Supporting cast includes Sreenivasan, Innocent, Biju Menon, Rajan P. Dev, and Cochin Haneefa. The music was composed by Vidyasagar, his debut Malayalam movie. The 2015 film Chirakodinja Kinavukal is a spin-off to this film.

Johny Antony is an Indian film director and actor, known for making comedy films in Malayalam cinema. He is from Changanassery in Kottayam district, Kerala. He worked for about a decade as an associate to directors Thulasidas, Taha, Kamal and Jose Thomas. Antony made his directorial debut with the slapstick comedy C.I.D. Moosa in 2003. His other directorial ventures include Kochi Rajavu (2005), Thuruppu Gulan (2006), Cycle (2008), Ee Pattanathil Bhootham (2009), Masters (2012), Thappana (2012) and Thoppil Joppan (2016). Antony made his acting debut with a role in the film Shikkari Shambhu (2018). His acting credits include the films Drama (2018), Joseph (2018), Ganagandharvan (2019), Varane Avashyamund (2020), and Home (2021).

Daddy Cool is a 2009 Indian Malayalam-language action film starring Mammootty, Dhananjay, Richa Pallod, Daniel Balaji and Biju Menon in the lead roles. The film was the directorial debut of Aashiq Abu. The film commenced its shooting in December 2008. The locations were Cochin and Hong Kong. 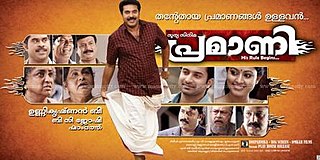 Pramani is a 2010 Malayalam film written and directed by B. Unnikrishnan and starring Mammootty, Fahadh Faasil, Siddique and Sneha. Janardhanan and Lakshmi play supporting roles in the film which also features Tamil actor Prabhu in a cameo appearance. Pramani was dubbed in Tamil as Bramma. The movie hit the theatres on 26 March 2010.

Rakshasa Rajavu is a 2001 Indian Malayalam-language action drama film written and directed by Vinayan and starring Mammootty in the lead role with Dileep, Meena, Vijayakumar, Kavya Madhavan, Rajan P. Dev, Kalabhavan Mani, Cochin Hanifa and Sukumari in supporting roles. The film was released on 31 August 2001, and was subsequently dubbed in Telugu and Tamil as Commissioner Rudrama Naidu and Commissioner Eeswara Paandiyan. 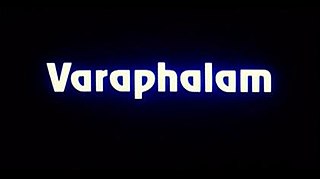 Varaphalam is a 1994 Indian Malayalam-language comedy-drama film directed by Thaha and written by B. Jayachandran, starring Sreenivasan and Mukesh in the lead roles.

George, popularly credited as Spadikam George is an Indian actor and former Kerala state Police officer who primarily works in Malayalam films. He came to the limelight with the 1995 film Spadikam, after which his name was preceded by the name of that film. George's performance in the film won him good reviews as his antagonist role opposite Mohanlal was an unprecedented success. Even though he never got another author-backed role, he has done important characters including comic roles in his later releases. 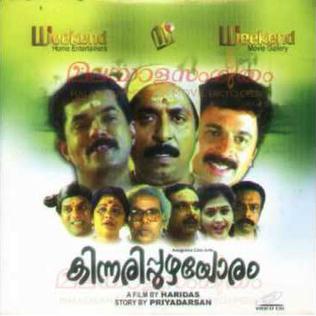 Kinnaripuzhayoram is a 1994 Malayalam romantic comedy film directed by Haridas and written by Priyadarshan. It stars Sreenivasan, Siddique, Thilakan, Devayani, Jagathy Sreekumar, Mukesh and Janardhanan in the main roles. It was the Malayalam Debut film for actress Devayani.

The Godman is a 1999 Indian Malayalam film, directed by K. Madhu. The film stars Mammootty, Indraja, Murali and Ratheesh in lead roles.