Eivind Tangen (born 4 May 1993) is a Norwegian handball player for Skjern Håndbold and the Norwegian national team. [1] [2]

He participated at the 2011 World Men's Handball Championship.

He is in relationship with fellow handballer, Stine Skogrand. They have one child together. 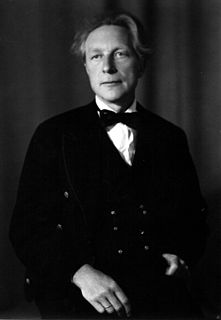 Eivind Groven was a Norwegian microtonal composer and music-theorist. He was from traditional region of Vest-Telemark and had a background in the folk music of the area. 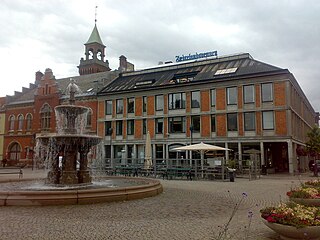 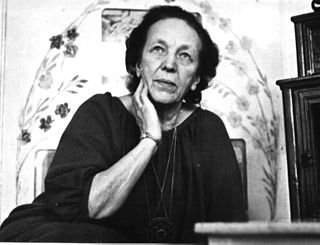 Ingeborg Refling Hagen was a Norwegian author, poet, and artistic director. Her writings and activities in support of the arts made her a significant cultural figure in Norway during much of the 20th century.

Stabæk Idrætsforening is a Norwegian multi-sports club in Bærum, a municipality bordering on Oslo in the west. It has sections for football, bandy, handball and alpine skiing. While the football team Stabæk Fotball is the most prominent, the men's bandy team has taken multiple national championships. The women's handball team plays in the first tier of Norwegian handball, and the men's team on the third tier. The club formerly had sections for athletics, sport shooting and orienteering. In early 2009 a new women's football team was started within Stabæk IF and was named Stabæk Fotball Kvinner, in reality a relocation of Asker Fotball's women's team.

Ida Alstad is a Norwegian handball player. She plays for Byåsen HE and formerly the Norway women's national handball team.

"My Heart Is Yours" is a Norwegian pop ballad composed by Hanne Sørvaag and Fredrik Kempe and performed by Didrik Solli-Tangen. On 6 February 2010, it was selected as the Norwegian entry for the Eurovision Song Contest 2010, held in Bærum in May 2010. It won the Norwegian final by a landslide, beating the second place with almost twice as many votes.

Christmas Tales is the fourth studio album and first Christmas album by the Belarusian-Norwegian artist Alexander Rybak, it released on the November 23, 2012 in Norway. It has peaked to number 34 on the Norwegian Albums Chart.

Tangen is a surname. Notable people with the surname include:

Harald Nilsen Tangen is a Norwegian footballer who plays as a midfielder for Åsane, on loan from Viking.

This article displays the squads for the 2021 World Men's Handball Championship. Each team consists of up to 20 players.